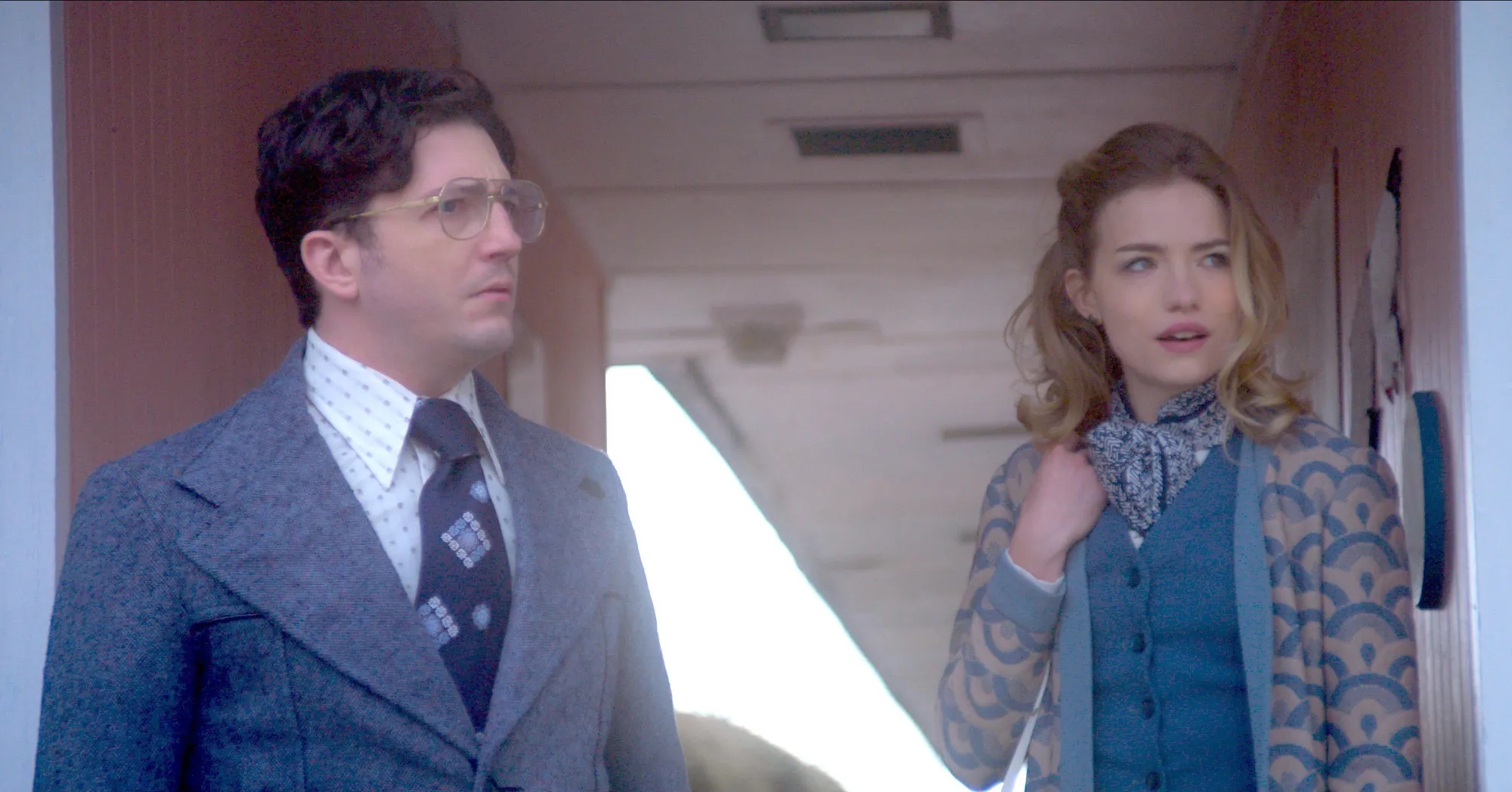 A fun, veering towards darkly comical take on what may have happened to the missing 18 ½ minutes of President Nixon’s Watergate tapes. 18½ is in competition at Manchester Film Festival.

Events surrounding the Watergate scandal have long been currency for filmmakers, but still – still – there are those 18½ missing minutes of allegedly incriminating tape recording which both perplex and intrigue to this day.

Director and co-writer Dan Mirvish has his own idea of what might have happened with the recording and presents viewers with this version of events in 18½, a combination of cloak and dagger meetings, a collection of deliberately bizarre supporting characters, and an unexpected raucous fight.

This is no dry political thriller; it takes one possible theory and treats it with both humour and suspense while staying as faithful as possible to known facts.

In the course of her routine, mundane typing, White House transcriber Connie (Willa Fitzgerald) comes across a tape containing a recording of President Nixon which turns out to be the missing 18½ minutes, allegedly erased accidentally by a White House secretary. Deciding she cannot keep the information to herself, she arranges to meet with journalist Paul (John Magaro) in a secluded resort to pass on the artefact’s contents.

Throughout the course of the film, several things conspire to slow down the process of them actually listening to the tape; the comedy starts out mild and becomes gradually darker and more random as events progress. A couple of eccentric neighbours (Vondie Curtis-Hall and Catherine Curtin) both help and hinder Connie and Paul’s quest, and everything happens at such a perfect pace that the tonal shifts are seamless from beginning to end.

The small cast works really well together, and I particularly liked Willa Fitzgerald as Connie, a quick-witted and intelligent woman who keeps a clear head even in situations where she might feel totally out of her depth.

We will probably never know the content of those 18½ minutes for sure, but this version of events is highly entertaining and – in comparison to some other political conspiracy theories which abound –  perhaps not even completely implausible. A fun ride!

18½ is in competition at Manchester Film Festival 2022.