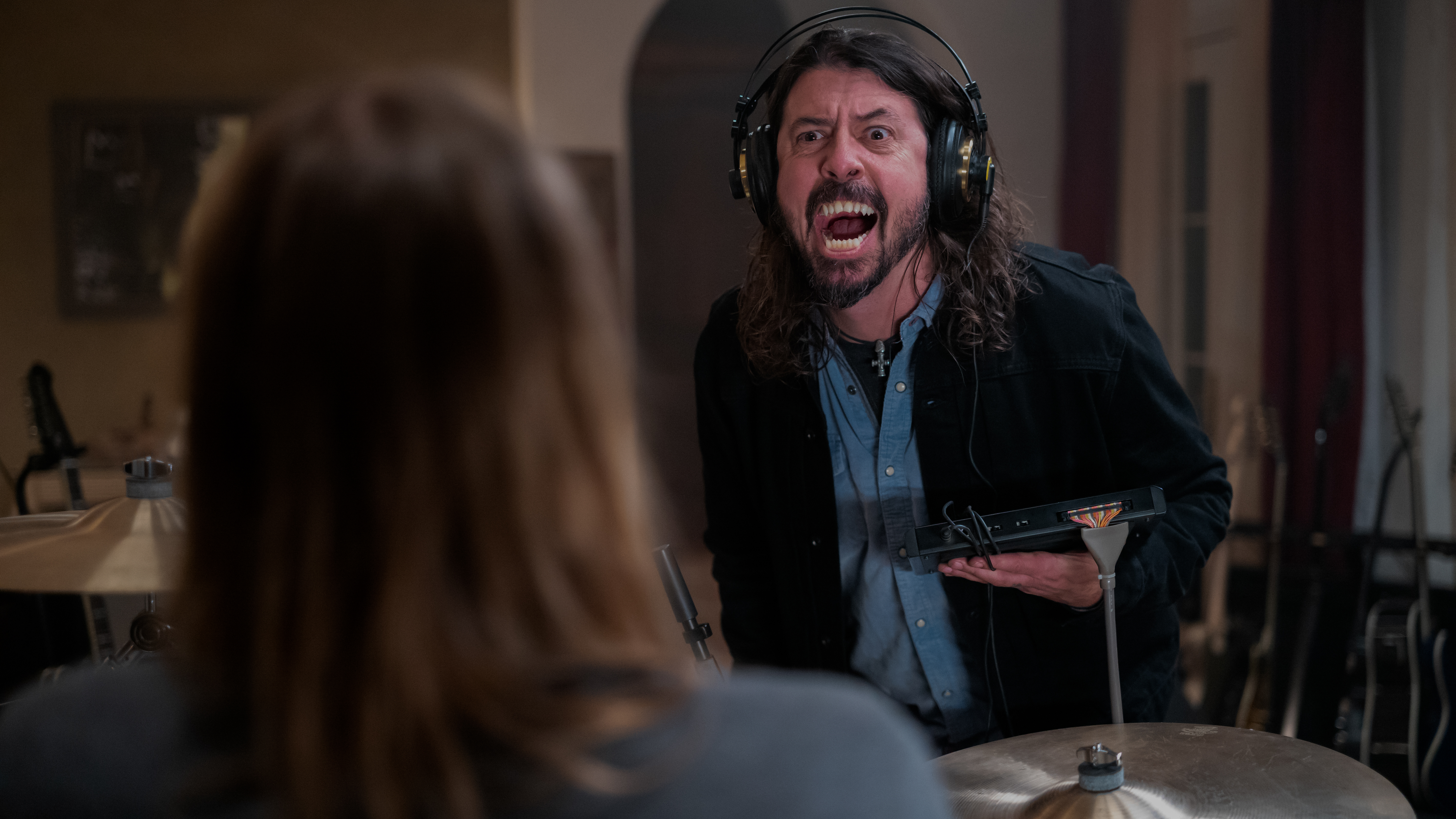 The Foo Fighters lampoon themselves in Studio 666 a successful genre mashup that plays like a This is Spinal Tap meets The Evil Dead.

After viewing Studio 666 one wonders why it took The Foo Fighters so long to make a film.  Produced, written and starring the legendary rock band as themselves, the film is a cheeky bit of fun with lots and lots of gory.

The group has incurred the wrath of the owner of their record label (Jeff Garland) who has been patiently waiting for their next album.  Dave (David Grohl) “hm’s and ha’s” but between him, Taylor (Taylor Hawkins), Nate (Nate Mendel), Rami (Rami Jaffee), Chris (Chris Shiflett), and of course Pat (Pat Smear), they have nothing.  They make a bargain that if they’re given studio space they’ll have a record in a month.  Cut to the abandoned estate with a troubling history with other Bands.  Of course, Dave and the guys think it’s the perfect place.  This perfect place may be a Hellmouth commanding them to kill… but it makes great music!

Studio 666 works through and through as a Horror Comedy.  The mixture is the right funny and the horror.  The horror especially is great as they have some truly wicked gore set pieces that fans will delight in.  The set pieces definitely side on the Evil Dead 2 side of gore and comedy with buckets of blood.  You have to laugh whenever a film decides to chainsaw a couple in half while mid-coitus ala some kind of Cannon Produced 80s slasher (completely with blood bag replacements dummies).

Part of the fun of Studio 666 will be dependent on how much affection one has for The Foo Fighters and Horror.  Though the film works regardless of one’s knowledge of the group.  Though a Roman à clef version of the Foo’s one does hope that the band does regularly get together with Grohl on the BBQ (complete with his Kiss my Grits apron).  Additionally, one hopes that The Foo’s actual Recording Techs are who actually show up in that sweet El Camino (horror and genre fans will laugh at these quick but essential cameos).

Studio 666 is an unexpected piece of comedy horror that’s worth the ride.

Though one question… is there a full version of Grohl’s acoustic version of Lionel Ritchie’s Hello and is it on the soundtrack?

Studio 666 will be released in theaters on February 25th