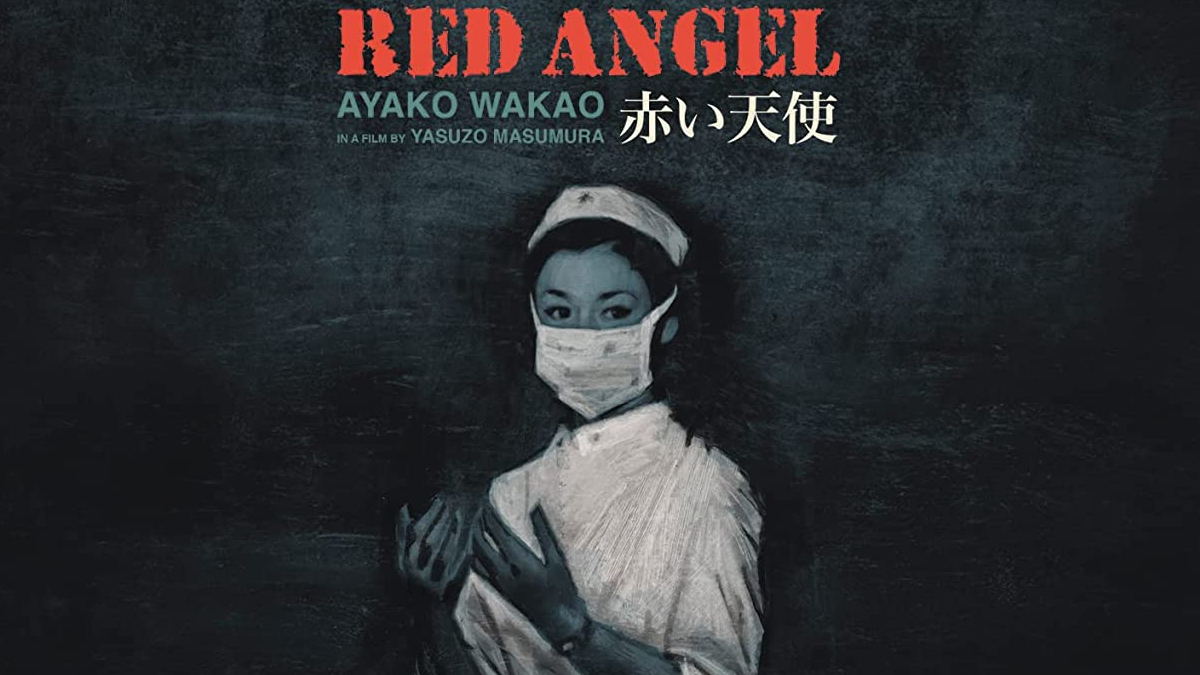 Japanese director Yasuzô Masumura’s 1966 film about the hopelessness of war, Red Angel, gets the Arrow Video Blu-Ray treatment – and it’s worth a look.

Nurse Sakura Nishi (Ayako Wakao) is posted to Japan’s frontline in China during the Sino-Japanese war in 1939. It’s the start of a tumultuous string of events, and acknowledges the almost impossible task of caring for physically and emotionally wounded soldiers who have just returned from the battlefield. It is a story of the horrors and futility of war but from a different perspective – not of the battlefield, but of its aftermath and effect on individuals.

Nurse Nishi’s voice-over narration is used sparingly, merely to smooth the passage of time rather than being an explanation of events. Explanations are not necessary, as everything we need to know is conveyed by the images of the limited medical treatment available in the immediate moments after battle.

Nishi encounters a range of injured and fragile men as she tends to their wounds, each of whom leaves a scar on her – sometimes physical, sometimes emotional. She is abused by some of them yet still tries to help them, or she takes pity on another man but her kindness only exacerbates his despair; she is constantly seeking her niche on the edges of the battlefield.

Alongside her is Doctor Okabe (Shinsuke Ashida), a medic crushed by the death of his wife and by the arbitrary decisions he is compelled to make while treating the soldiers. Amputation without anaesthetic is one of his few options, but is he making things even worse for the men by trying to keep them alive? His impotence as a doctor is mirrored in the drug-induced sexual impotence he experiences as a result of taking morphine to block out the torment of his decision-making.

For a film set on the frontline of a war, the battlefield is remarkably absent for the majority of the time. Red Angel’s focus is rather on the circumstances of the individual. The soldiers are not the hard-headed Japanese heroes we may have seen in other films – here they are broken men, questioning why they are fighting and despairing of what, if anything, will await them when (or if) they are able to return home. The medical staff have limited resources to give anything but the most basic treatment to wounds. Okabe tends to the physical damage, while Nishi tries to bring emotional comfort.

Adapted from the novel by Yorichika Arima, director Yasuzô Masumura presents an antidote to the patriotic bluster of many war films. 55 years on from its original release, a modern audience might be looking for a little more depth of character motivation in its female lead – but that aside, Red Angel is definitely worth watching for its portrayal of futility and helplessness on the front line.

Red Angel is released by Arrow Video on Blu-Ray on 17th January 2022.