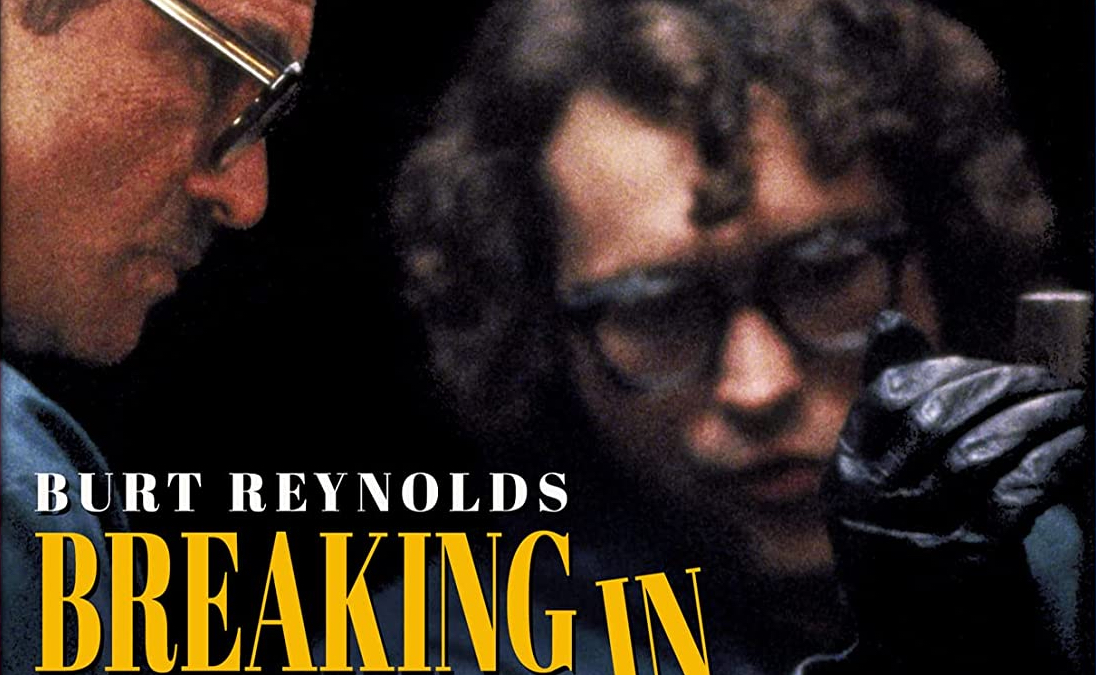 Breaking In like all of Bill Forsyth’s directed films is all the charm of its leads a top form Burt Reynolds and Casey Siemaszko. Kino Lorber delivers a beautiful transfer and wonderful commentary.

Bill Forsyth’s Breaking In is the kind of small-scale crime film that works overtime in creating great characters. Stars Burt Reynolds and Casey Siemaszko are all charm as the sage teacher and the not-so-bright pupil.  The script by John Sayles is a pitch-perfect match to Forsyth’s direction which is low on technobabble set pieces and high on wit and humanity.

Forsyth as a director specializes in these sort of human scale dramedies where the delight isn’t in some sort of bucking conventions but rather adroitly drawn characters.  Here he takes on the crime film with the sort of storyline you’d expect in a Michael Mann film.  Ernie (Reynolds) and Mike (Siemaszko) breaking into the same house.  That’s where the Mann similarities end.

Ernie is looking for the goods.  Mike is just there to “mess around”.  Both are charmed by one another.  Soon Ernie is seeking out the less than intelligent youth with a chance to mentor him.  Things go well until they don’t as all good-nature dolts can’t help themselves to a bit of the good life which Mike, being an all-timer of a dunce, indulges with consequence.

There’s a sort of inevitability to everything that happens but it never feels dour or nihilistic.  Part of the power and bewitching magic of the piece is that it always has a brighter disposition that is uniquely uncommon in the genre.  Breaking In is everything you want from a crime film and nothing you expect from one.

The Brand New 2K Master provided to Kino Lorber is excellent. The film which takes place primarily at night or in low light sets is a wonderful display of contrast and black levels.  The result is a sharp perfectly modulated transfer.

The newly recorded audio commentary by Bill Forsyth, John Sayles, hosted by Daniel Kremer like its film is an utter delight.  Beginning with effusive praise for Forsyth and Sayles Kremer does a great job of getting the duo to really speak to the film and its creation.  Some of the details include the development of the script which began as a short story, a late-night call from Harry Dean Stanton, how Forsyth came onto the project, the casting of Burt Reynolds, working with producer Harry Gittes, a great discussion about John Mahoney (who was one of Forsyth’s choices), Reynold’s getting paid scale (SAG minimum) because he loved the script and role, Sayles inspiration for some of the details of the crimes from Evil Kenevil, Sayles reaction to the final film, the music of the film, working with Burt Reynolds in a role that belied his work in the 80s, the schedule, the ins and outs of directing actors, the casting of Casey Siemaszko, the troubles editing of the film, working with Normal Lear during post-production, the treatment of European directors by Hollywood, a few interesting tidbits about Forsyth’s Gregory’s Girl and the redubbing of the film for American release, Reynold’s acting at the time, Sayles never meeting Reynolds, deleted scenes, home video releases trimmed and extended versions, Sayles account of seeing the alternate opening for Sunset Blvd, the research done by Sayles on Safe Cracking, the differences between UK and American crews, and much more.  The trio have created a truly wonderful and informative commentary track.

Breaking In is an utter delight.  Kino Lorber has delivered a great Blu-Ray.  Highest Possible Recommendations!!!!