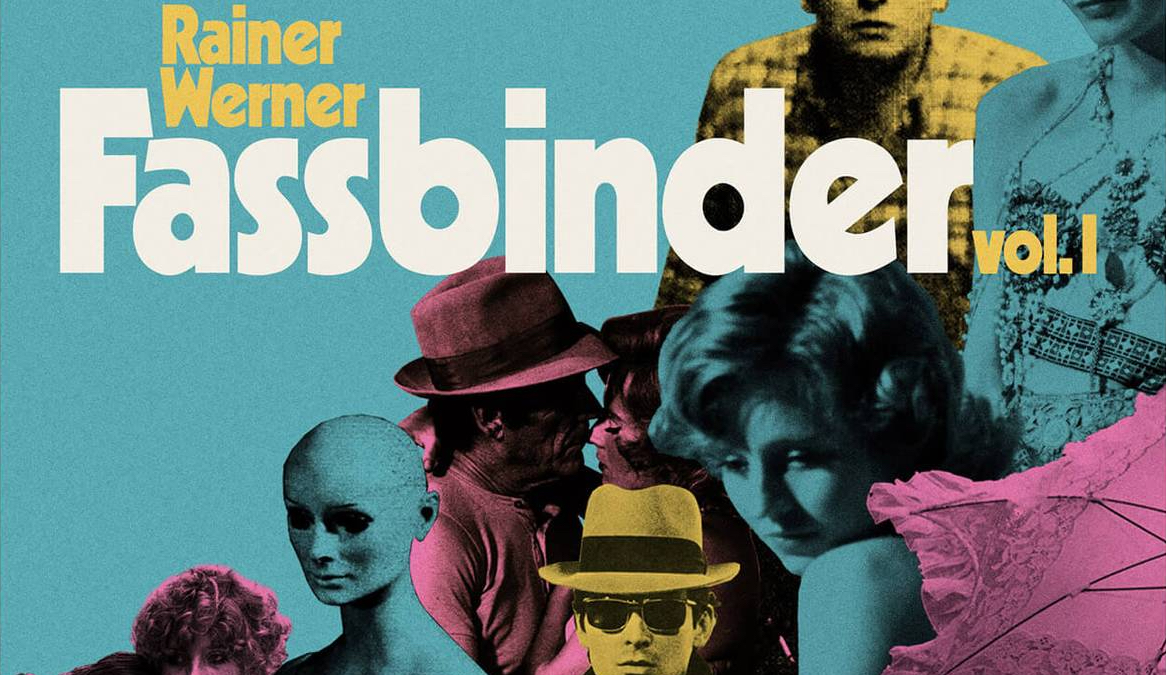 Arrow Video have played a blinder with this collection of 6 of Rainer Werner Fassbinder’s earliest films, tracking his progression from rookie to acclaimed film maker from 1969 to 1973.

Director, actor, writer, producer, editor – in his short but artistically prolific lifetime, Rainer Werner Fassbinder generally had fingers in many pies when it came to creating his films. This collection of early work released on Blu-ray by Arrow Video (volume 1, so there is scope for more to come) captures Fassbinder in his formative years – cinematically speaking – and is highly recommended for those with an interest in New German Cinema.

The earliest two films, Love is Colder Than Death and Katzelmacher, are both from 1969 and are in black and white. Both feature actors with whom Fassbinder would work repeatedly over the years (including Hanna Schygulla)and who are regularly seen across this collection. Love is Colder Than Death highlights Fassbinder’s admiration for French New Wave cinema with obvious pointers to Godard’s Bande à part and Vivre sa vie, along with the unavoidable visual homage to Alain Delon in Le Samouraï. Katzelmacher sees the director adapting his own screenplay and playing the Greek immigrant Jorgos in a film which presents one of the regular themes of Fassbinder’s work – the ennui of the middle classes and their treatment of outsiders.

1971’s Beware of a Holy Whore brings the very earliest period of Fassbinder’s filmmaking to a fractured conclusion, with the same ensemble cast seen bickering, drinking, and sleeping with each other while waiting for their beleaguered production to be funded. Fassbinder is taking a look at his own tortured processes in full view of the audience and appears to conclude that a change is necessary.

The next two films – The Merchant of Four Seasons (1971) and The Bitter Tears of Petra von Kant (1972) – take a turn to the melodramatic for which Fassbinder is probably best known. The Merchant of Four Seasons was the domestic breakthrough film for Fassbinder, focussing on an ordinary man whose potential loss of job, family, and health leaves him emasculated and in despair. It’s worth mentioning as a trigger warning that all of the previous films in the collection, and particularly this one, contain liberal and frequent acts of domestic abuse, most of which are not viewed as abnormal behaviour in the films themselves. The Bitter Tears of Petra von Kant boasts an all-female cast, but even here the power games are in full flow, with emotional rather than physical abuse being the currency.

The sixth film is one which Fassbinder produced and has a small acting role in, but is the only one of this collection which he did not direct. That role is taken by entourage member Ulli Lommel, and the film is written by and stars Fassbinder regular Kurt Raab. It’s a sinister tale based on the true story of a serial killer, with an excellent Raab being reminiscent of Peter Lorre in Fritz Lang’s M.

DISC ONE – THE EARLY WORKS: LOVE IS COLDER THAN DEATH and KATZELMACHER

DISC FOUR – TENDERNESS OF THE WOLVES