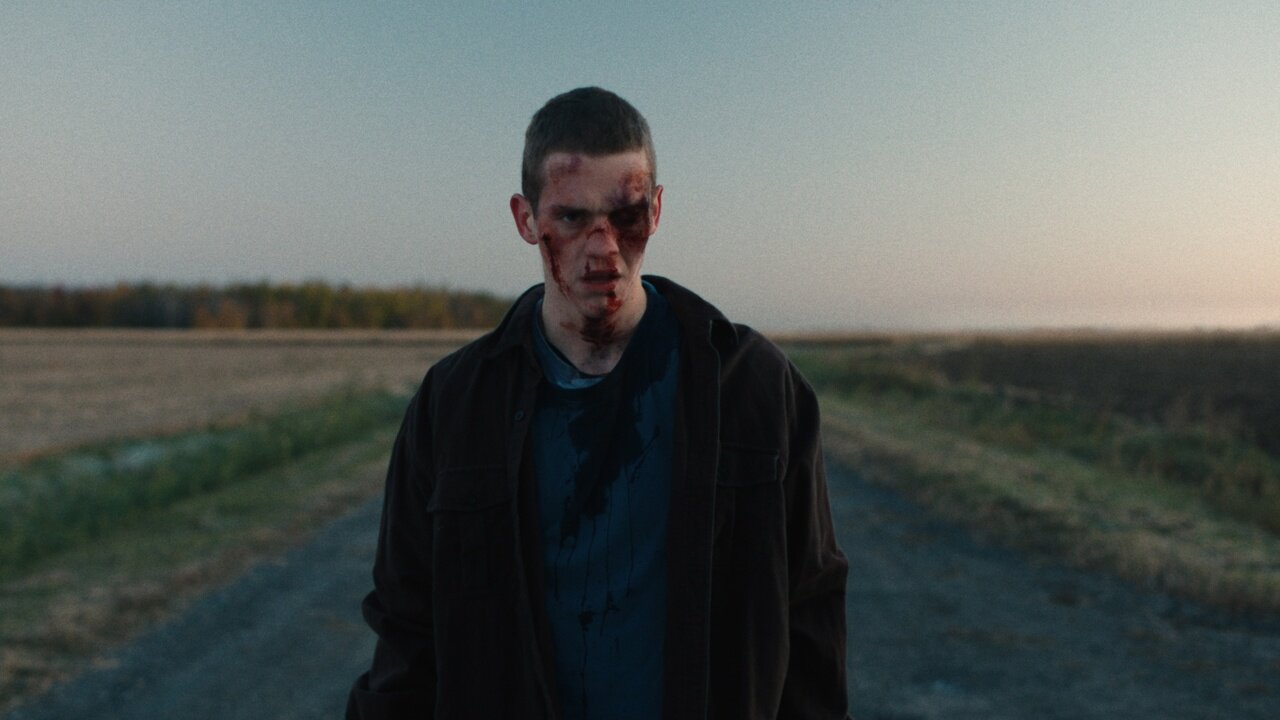 The Raindance 2021 first features continue with The Noise of Engines, a Québécois film with just the right kind of quirk to have Marie thinking she quite likes it but doesn’t quite know why.

It’s not often that I come across a film and say that I definitely like it but I can’t explain why – particularly when it’s a film full of quirk.

Québécois director Philippe Grégoire’s first feature opens at an outdoor firearms training session for Canadian customs officers, with each addressing the camera explaining their philosophy on carrying weapons as part of their job. The majority of these people are actual customs officers, friends of the writer/director from his time working on border control himself.

Unseen during the opening sequence, one of the instructors at the session is Alexandre (Robert Naylor), a young officer who is about to be sent home on compulsory leave following an allegation of “inappropriate sexual conduct”. Viewers already know that this is a trumped-up charge and that his superior officer (a role that would be played by Tilda Swinton in any Wes Anderson film but which here belongs to Alexandrine Agostini) has her own sexual predilections which may be colouring her decision.

Alexandre returns to his small hometown, famous only for its drag race track, and strikes up an unusual friendship with a young, unconventional, Icelandic driver (Tanja Björk) who seems to know far more than she should. The film meanders around the town and its rural surroundings with some strange dream-like sequences, long takes, and Icelandic rap music for company. The blind woman plucking a chicken is directly from the Roy Andersson playbook.

Embedded in the offbeat humour and sudden violence of this peculiar tale are vague observations on immigration and of trying to find roots in a different country, along with abuses of power (particularly by those in uniform); The Noise of Engines is definitely trying to say something without actually saying something.

Robert Naylor as the unfortunate Alexandre is very good indeed and seems totally at ease being the ordinary person in a world where everything else is just a tiny bit bizarre. But ultimately the film offers an unsatisfactory ending, and I’m not sure if this is deliberate or that Grégoire simply didn’t know where to go next.

The Noise of Engines plays at the Raindance Film Festival 2021.