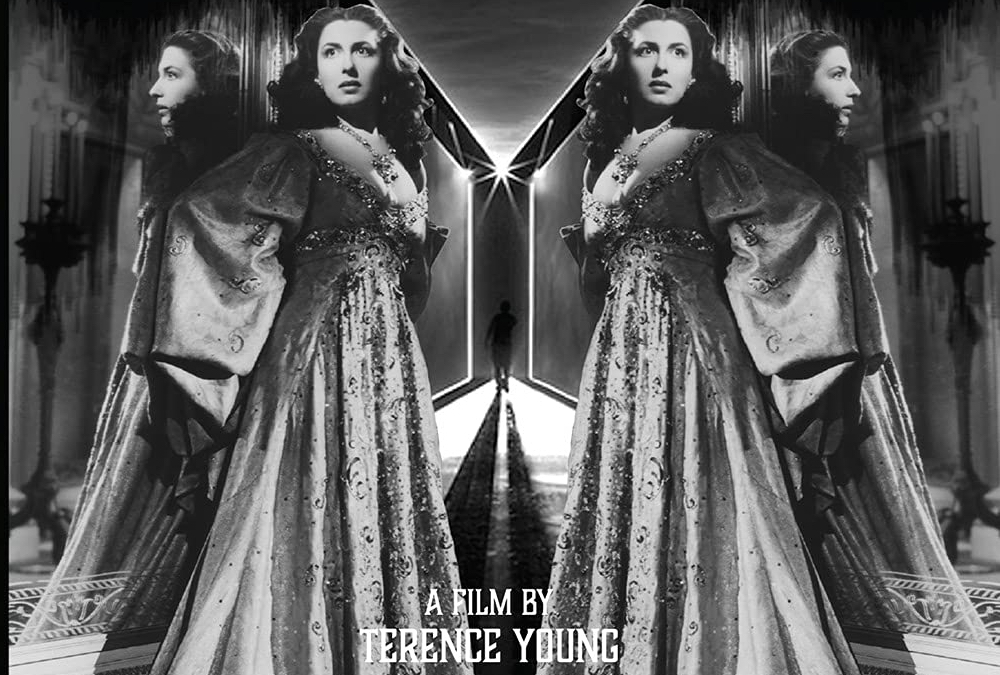 Before Director Terrence Young directed the most iconic of the James Bond Franchise, he directed Corridors of Mirrors a beautiful Romantic Mystery.  New from Cohen Media and Kino Lorber on Blu-ray.

Corridors of Mirrors is an example of why I love diving into the Golden Age of Filmmaking.  A film that remains as inventive and prickly as the day it was made.  Sharp dialog and astute direction give this one an elevated sense of discovery.

Mifanwy Conway (Edana Rommney) is immediately taken by the mystery Paul Mangin (Eric Portman) an artist and a bit of a recluse.  Mifanwy finds her way into Paul’s life finding out that his interest is more than reciprocated, it may be a bit of an obsession.  Paul believes that she’s the reincarnation of a countess that he was in love with centuries ago.  Through jealousy and obsession of others could end with the star-crossed lovers never to be.

The beauty and grandeur of Corridor of Mirrors is in its rundown opulence and cynical characters housed within.  Director Young imbues everything with an ethereal cloak giving the story a sense of mystery.  Mifanwy is unsure, as is the audience if Paul is truly disturbed or is truly a man out of time in search of the long-lost love of his life.  A paramour that scorned him to his very soul, causing not just turmoil in one life but all lives.

Corridor of Mirrors lives in the beautiful in-between of Gothic Romance, Film Noir, and Hitchcockian Drama that will strike a chord in certain viewers.

The film has been beautifully restored.  The black and white image literally glows.  The image is consistently sharp without nary a scratch or blemish.  The grain structure like many perfectly rendered transfers of classic golden era films gives the film a gorgeous patina that makes the experience feel like you’re watching a freshly struck 35mm archival print.  Bravo to Cohen Media and the exemplary work done here.

Trailer (2:01) – the single extra is the restored trailer created by Cohen Media

Corridor of Mirrors is a haunting romance worthy of rediscovery.  Highest Possible Recommendation!!!

Cohen Media’s Blu-ray Edition of Corridor of Mirrors is out now.