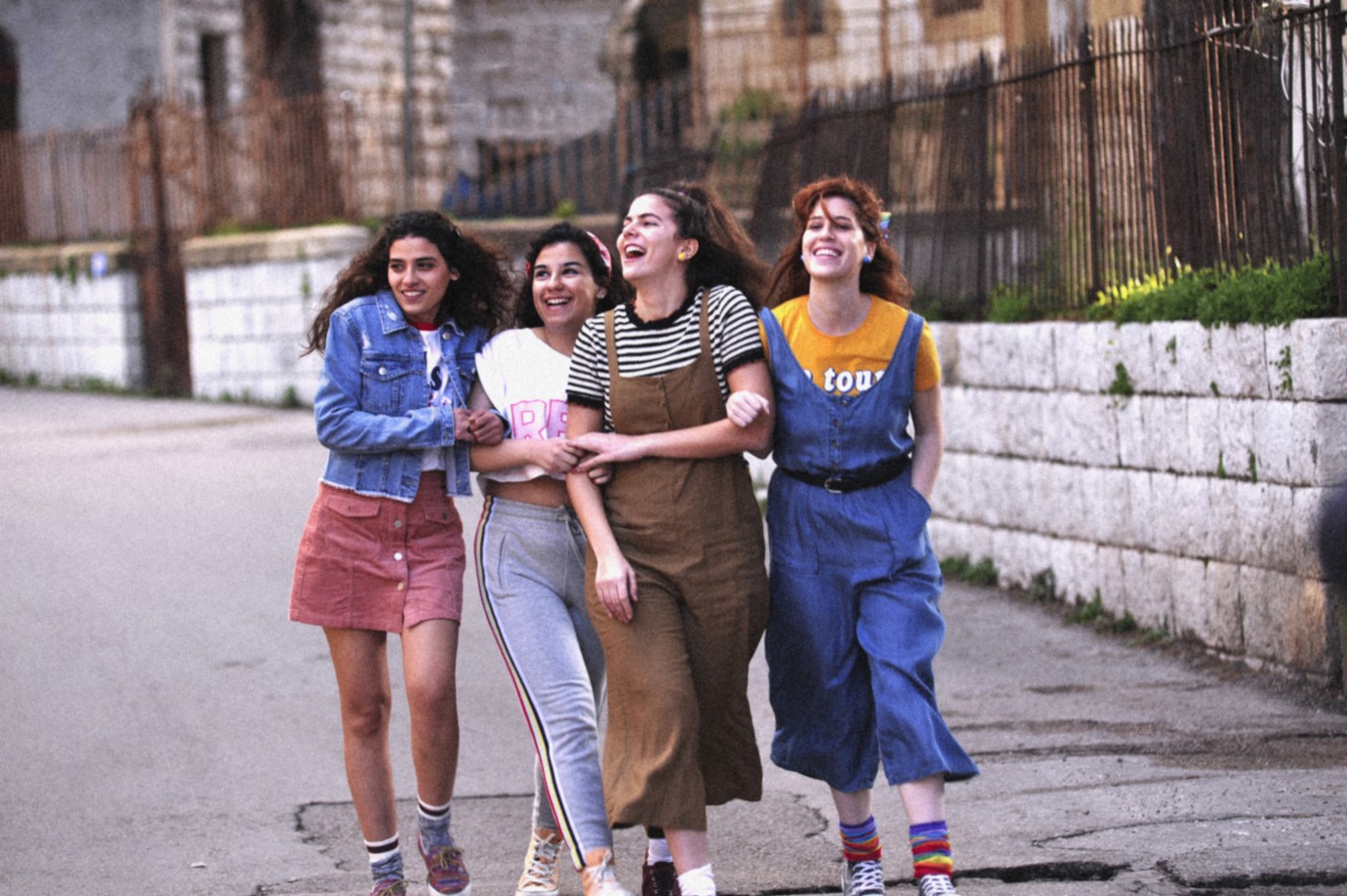 Weaving together past and present, three generations of women, and straddling Beirut in the 1980s and Montréal of today, Memory Box reminds us that even those closest to us have secrets they want to keep – whether to protect themselves or their family.

The memory box of the title is a parcel of letters, photographs, and diaries which arrives at Maia’s (Rim Turki) home in Montréal over the Christmas break. She refuses to engage with the contents, but her teenage daughter Alex (Paloma Vauthier) is curious and begins to listen to the audio diaries in secret. She discovers that there is much to learn about her mother’s past.

First up, it’s worth mentioning that the film does seem to assume some knowledge of the Lebanese conflict in the latter part of the 20th century. It doesn’t hamper the plot at all, but it does form the backdrop to the story and the more curious viewer may be distracted by trying to understand who the factions are.

That said, Memory Box is able to create a situation where a teen in modern Canada is able to get a glimpse into unrevealed corners of her mother’s early life.

It draws on the personal archives of directors Joana Hadjithomas and Khalil Joreige, to bring to life a story of Maia’s adolescent friendship and passion from 1980s Beirut during the middle of civil war there, and reveal its gradually changing priorities to a daughter who had no idea about her mother’s younger experiences.

The first half of the film employs some very distinctive visual tricks to allow us to travel back 40 years in time and across continents and enter into Maia’s teenage years, giving a different take on the usual flashback. With carefully selected tracks from the 80s providing the soundtrack, Maia’s diaries expose heartbreak and heartache that nobody should have to experience.

There are good performances throughout, and even though the ending is perhaps just a little too convenient, it’s a solid story executed slightly differently and worth spending some time with.

Memory Box serves as a reminder of several things, which are too easy to forget in the 21st century when instant messaging is at our fingertips, and the worst thing that happens is that you break up with your boyfriend.

It shows that closing oneself off from the past doesn’t mean that we are done with it; it prompts us to consider that our parents haven’t always been parents – that they were young once, and had their own dreams, passions, and priorities before we arrived on the scene. And it’s a reminder not to judge without knowing all of the facts.