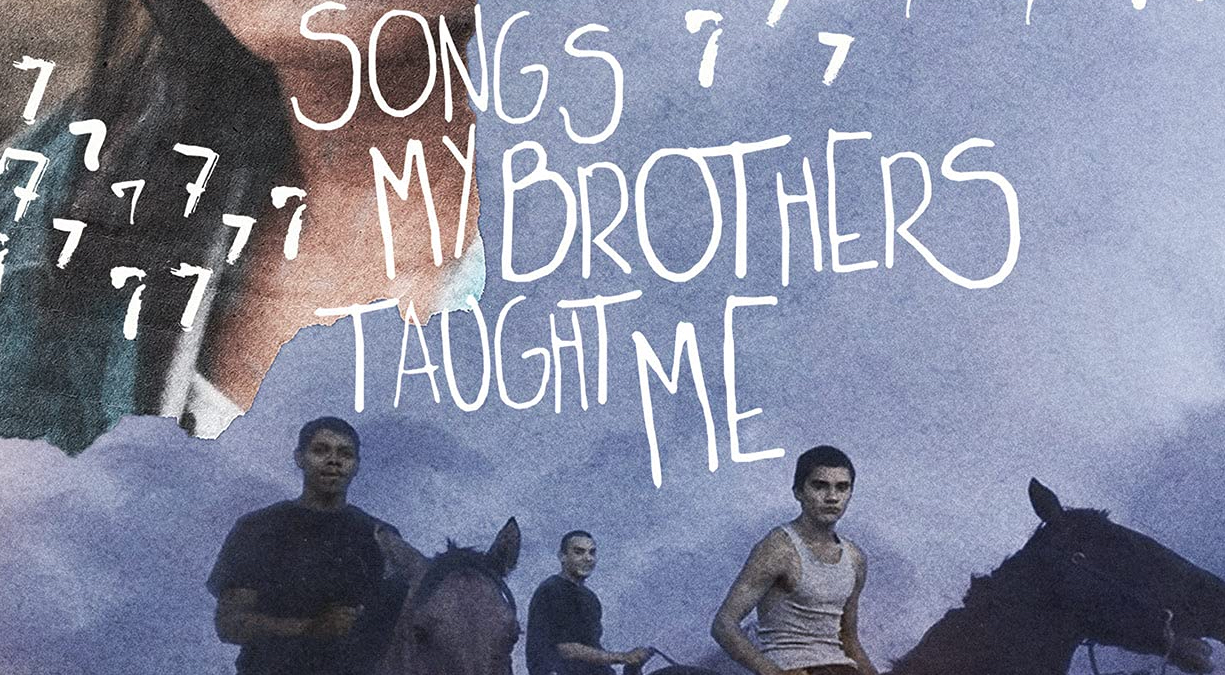 Before Chloé Zhao won an Oscar and directed a huge budget studio tentpole Marvel film she directed this tender, intimate film about siblings.  Kino Lorber has brought this to Blu-Ray for the first time.

Chloé Zhao’s Songs My Brother Taught Me is a coming-of-age tale of siblings unlike anything before it.  A meditation and look at modern life of a Young Indigenous person told with the sort of complexity and understanding that is usually reserved for the best of Documentaries.  An accomplished piece of both character and visual splendor.

The film tracks brother and sister Johnny (John Reddy) and Jashaun (Jashaun St. John) as they come to terms with not only their father’s passing but their uncertain futures.  Johnny helps his mother (Irene Bedard) by illegally dealing in Alcohol on Reservation Land.  Jashaun though only in elementary school is left to her own devices and ends up helping recently released from prison Travis (Travis Lone Hill) to begin selling his clothing.  The two siblings find that life isn’t always a straight line with their plans and expectations leading to changes and truths neither may be ready for.

Most of the film which were taken from Zhao’s research and interviewing of the Indigenous People in the Pine Ridge Reservation in South Dakota (where the film is set).  That research and casting of the residents of the Reservation leads to a wonderfully loose drama that feels more how life unfolds.  Those looking for a more austere plotted film may not gel with Zhao’s vision.

Those who do find themselves vibing with the film’s rhythm will be treated to one of the most unadorned and beautifully humane pieces of storytelling in recent memory.  A film that feels more like the storm of youth than the canned and preprocessed produced “product” that is passed off as “teen dramas” or “teen comedies”.  The way the film unfolds with uncertainty is that same feeling that one feels as one heads into the world or begins to make choices beyond the structure or conventions of school.  Those moments when school feels useless to attend and feel have never prepared you for events like the loss of your father or heartbreak.

Songs My Brother Taught Me may reside in a well-worn genre but Zhao’s choices to allow the voices of her subjects to be amplified result in a new viewpoint and soul imbued into the mechanics and tropes of the genre.

The work of cinematographer Joshua James Richards is as intimate and vast in its scope in the way that Terrence Malick’s cinematographer’s (most recently the legendary Emmanuel Lubezki aka Chivo!) work.  I mention this because Kino Lorber has done an amazing job of taking this work (which is digitally shot) and translating it to Blu-Ray.  The clarity, colors, and contrast levels are near perfection here.  There is a consistency with the image quality that never waivers throughout.  This is on par with the best Transfers/Blu-Rays of the Year in terms of just how perfect it is.  Bravo to Kino Lorber for taking the time and consideration to give us one of the best transfers of 2021.

Bloopers (4:07) – more than just bloopers this is more b-roll footage showing more of what happened between takes as the camera kept rolling.

Interview with director Chloé Zhao (11:38) – an archival interview taken during Sundance 2016 when the film debuted.  The interview was all too brief as Zhao is a fascinating interview as she discusses how the film was developed, how her style evolved, her background in US History, how the conventional script she initially wrote changed during a budget crisis, she also talks about her growing up in Bejing in communist rule, her love WKW Happy Together, her love of Manga and comic books, the first film she saw and much more.

Songs My Brothers Taught Me marks the emergence of a special and important directing talent.  Highest Possible Recommendations!!!