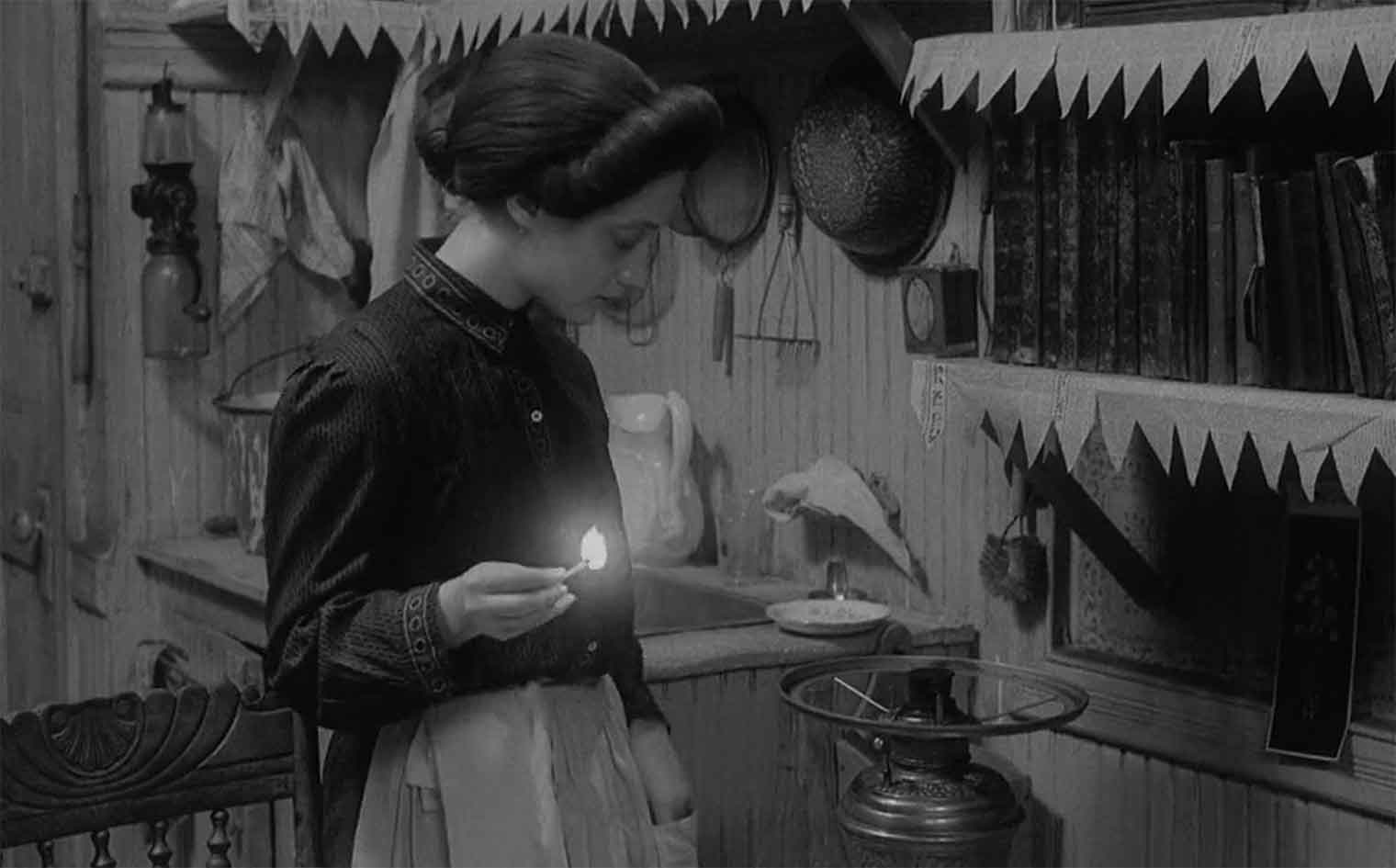 The brand new 4K restoration of Joan Micklin Silver’s debut feature Hester Street (first released in 1975) has just received its New York premiere at the New York Film Festival, and is about to open at both the Quad in New York City, and the Nuart in Los Angeles.

Micklin’s screenplay, which she also directs, is adapted from Abraham Cahan’s 1896 novella Yekl: A Tale of the New York Ghetto. It’s the story of a Russian Jewish man who feels he has assimilated smoothly into the American culture of a carefree single man, but who has to adapt fairly quickly when his wife and young son arrive unexpectedly to join him from Eastern Europe.

Joan Micklin Silver switches the original narrative from the husband’s to the wife’s experience and creates a brilliant story of fortitude and empowerment set in the largely Jewish-inhabited area of New York’s Lower East Side at the end of the 19th century.

Husband Jake – formerly Yankel – (Steven Keats) appears to be the carefree man about town. He dresses well, has a job and a girlfriend, and regards himself as an American now. When his wife Gitl (Carol Kane) arrives in the country, she is shocked to find that he has shaved his beard off and that American women can walk around the streets without covering up their own hair. Only gradually does she become aware that her husband is seeing another woman. Out of her depth in a completely new environment, Gitl realises she has some important decisions to make regarding life for both herself and her son.

The driving force throughout Hester Street is Carol Kane, rightly Oscar-nominated for Best Actress for her performance. She portrays Gitl as honest woman, excited to see America yet anxious about the differences between her new and old life. Gitl’s journey to becoming an American woman is not a smooth one, but Kane imbues her with a streak of determination that allows her to quietly shine.

Shot in black and white on a miniscule budget, and lacking distribution having been deemed too niche to appeal to wider audiences at the time of its release, Hester Street triumphs as a portrait of both Jewish life in America at the time, and of a woman who turns out to be stronger than even she realised. The opening scene might almost have the viewer believe they are about to watch a silent film, so closely do the images replicate the earliest of moving pictures. The hair and costumes must have taken up a good proportion of the film’s budget, and the music is highly reminiscent of silent film piano accompaniment.

If you have an opportunity to see this 90-minute wonder in its beautiful 4K re-release, then do not pass it up.