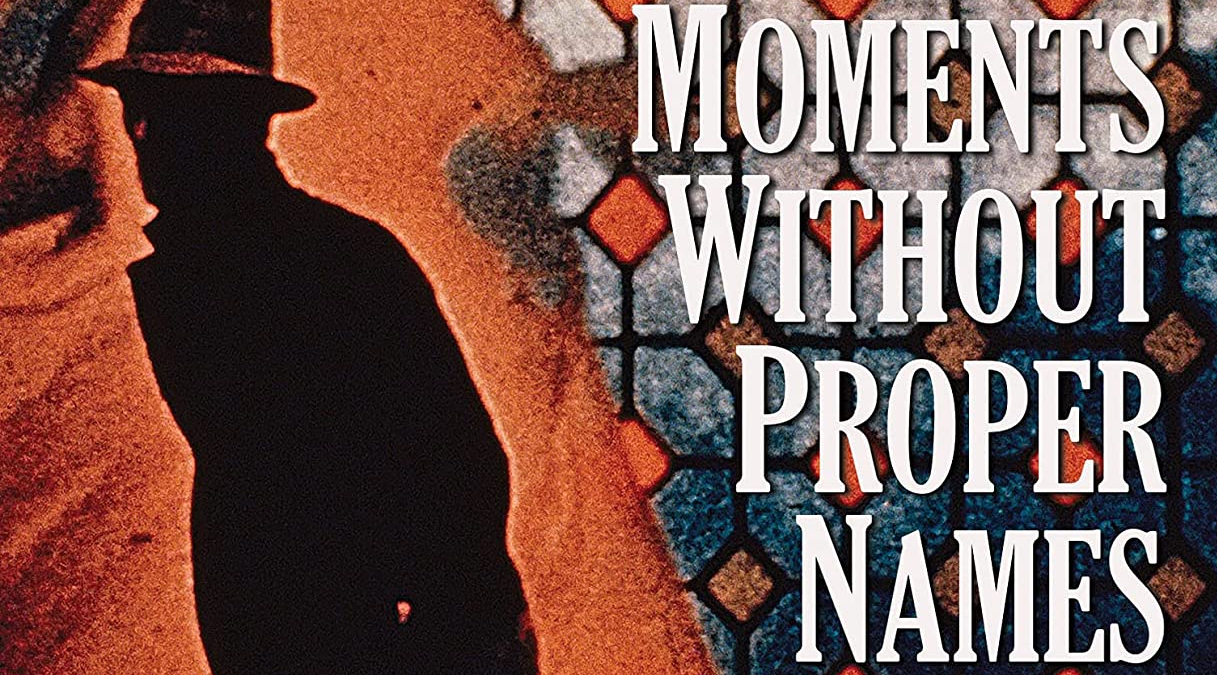 Moments Without Proper Names was vital when it was released in 1987 as it is now almost 35-years later.

Artist Gordon Parks looks upon his life as only a true artist can.  Using all of the various means of art he became known for; film, photographs, novels, art, music, poems, Parks creates a point of view of his life.  It is both fitting and sad that this is the last project Parks ever worked on.

Fitting because it feels like an artistic final statement of the world through Parks’ world-weary eyes.  Starting and beginning where he was born in the plains of the Midwest, the documentary is not a linear a-b-c narrative but rather a pastiche or collage of impressionistic feelings, images, sounds, music, and most of all emotions.  Using not only himself as a voice but actors Avery Brooks, Roscoe Lee Browne, and Joe Seneca, Parks gives his journey a timbered voice of both joy and sorrow.

The way Parks puts the images, words, and music together is one of a clear emotional journey that the director has seen first-hand but is oftentimes too painful to recount verbatim.  The Civil Rights Movement, the assassinations of both Malcolm X and Dr. Martin Luther King Jr, the war in Vietnam are all touched upon in a way that feels tactile and emotional but impressionistic.

Sad because there is a sense of invention and work here that feels alive and fresh in a way that often is associated with younger filmmakers.  Parks was 75-years old at the time of making this documentary and it feels like a work of a man half his age.  Though there is a sense of detachment a cool distance, one that Parks talks about that he had to learn when he became a photojournalist, that feels distinctly mature.

Moments Without Proper Names is a beautiful and powerful elegy to a man who wore many hats and all of them in his life and beyond were of importance to society as a whole.

This new 2K Transfer has been lovingly restored from the original camera negative.  The documentary is filled with a mixture of various media from still photographs, art, black and white film, color film, all from various eras.  The quality and texture of these items look perfect here in this new transfer.  There may be scratches and specks but that isn’t on the film itself but on the actual media that Parks used to create this wonderful film.

The audio commentary by producer Shep Morgan and executive producer Jeanne Wolf recount making this very special documentary.  Details include how the project came together, personal recollections of Gordon Parks, the creation of the animated photographs and opticals, and much more.  Morgan and Wolf give some great information about Parks as a Photographer, Film Director, and general artist.  Their commentary is more of a linear biography giving personal anecdotes about the artist.  Note there are definitely long bouts of silence.

Flavio (11:30) – the documentary short subject, directed by Gordon Parks, is about Flavio de Silva, a young man by growing up in poverty in the favelas of Rio De Janeiro.  Park uses a combination of high-contrast black & white film and photography giving us a glimpse of life in Brazil.

Listen to a Stranger: An Interview with Gordon Parks (19:10) – this short documentary starring Gordon Parks is directed by Romas V. Sleza.  The documentary has Parks recounting where he is in 1972 after he’s made Shaft’s Big Score.  This isn’t just where he is as a filmmaker but as an artist as a black man in America and as a human.  It is at the same time a personal account of his journey to get to where he is including working on a train as a busboy to waiter to how he became a photographer and his interactions with people of Harlem to how he came to write The Learning Tree, and much more.

Kino continues to produce releases like Moments Without Proper Names that are not just important to film but are important culturally.  Highest Possible Recommendations!!!