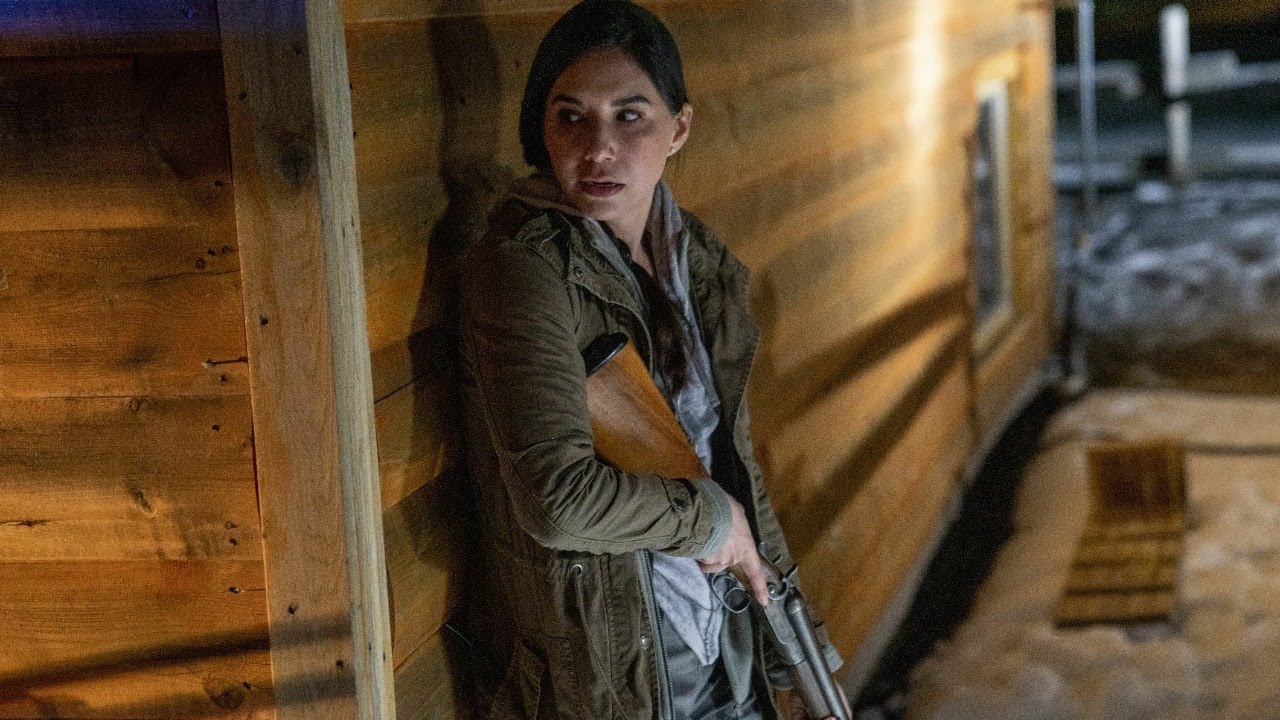 Co-Writer/Director Rueben Martell’s Don’t Say Its Name is overflowing with character, story, action, horror, and much more.  This heady brew delivers the goods creating a bit of genre mashup that many will delight in.

Betty (Madison Walsh), the sheriff of a snowy northern Indigenous land, is called into a murder investigation.  This murder quickly turns into a series with similar crime scenes that looks like an animal attack.  Betty quickly learns that there is more going on than meets the eye after she enlists the help of the very capable and deadly Federal Game and Land Ranger Stacey (Sera-Lys McArthur).  Is it tied to the ominous WEC, a corporation that is a land-fracking on Indigenous lands?  Or is it something more supernatural involved? Betty with Stacey’s help will quickly.

Martell with the ease and confidence of a seasoned director creates a genre mashup that is bound to make instant fans.  The confidence is right up front with how Don’t Say Its Name never comments on the two female protagonists being the two female protagonists as the leads.  So many films in genre have to comment on it with some sort of trite piece of eye-rolling dialog.  Martell allows them power by saying nothing and letting them exist in this frostbitten world they inhabit.

Maddison Walsh and Sera-Lys McArthur as the leads in the film are a powerhouse dynamic duo.  McArthur as the Fishing Game Officer is a troubled badass that is capable as any character in an action film we have seen on screen in recent memory.  Walsh as the put-upon sheriff is able to show us a mother, woman, and protector without giving us the usual “rah-rah” stereotypes the genre dictates.

Both actors are given space to inhabit their roles with great moments of character work.  Which one would not think would be the case with a lean 84-minute runtime.  The way the film wraps each of their respective stories around the central mystery is one of the many adroit choices screenwriters Martell and Gerald Wexler make.  The script avoids the preachy cliches of the films of similar ilk.

Rather by concentrating on the mystery and adding layers to that mystery be it character, thematic, supernatural, or otherwise stops any sort of monologuing or polemic statements dead in their tracks.  This allows a viewer to take the film at face value or allow you to dig deeper on the metatextual meanings rather than it be right in your face.  In this era of sledgehammer, obviousness is a welcome and refreshing change to see subtly in subtext and not super-text overtness.

Don’t Say Its Name is a first-rate supernatural thriller mystery.