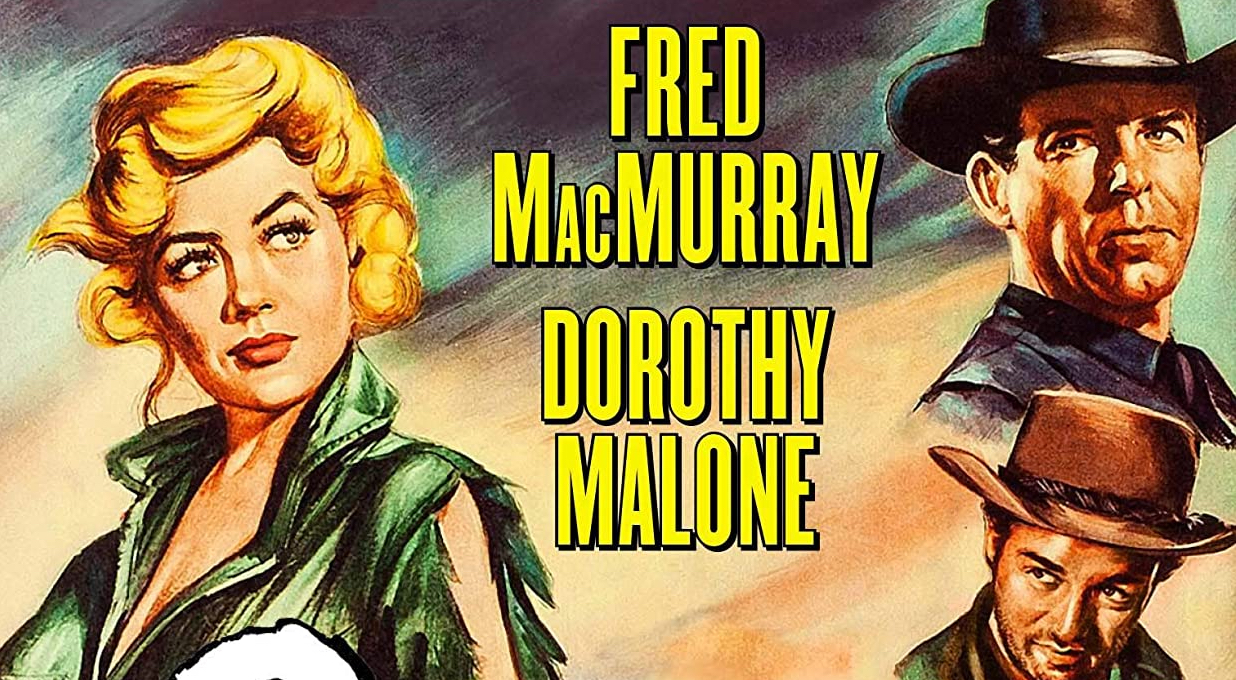 Quantez is an 80-minute Western Noir starring Fred MacMurray that feels like the best of Early John Carpenter.  New on Blu-Ray from Kino Lorber.

There are some conceits in filmdom that are too good for some cineastes to pass up.  Quantez has one that this reviewer and directors like Carpenter, Quentin Tarantino, and Ringo Lam have built careers out of.

A group of robbers is being hotly pursued by a posse.  They make their way to Quantez where they hope to hide out and let the posse cool off.  Enough time to make their escape to Mexico.  Though Quantez is completely abandoned.  The cool-headed Gentry (MacMurray), the young but impulsive Teach (John Gavin), the jumpy and egomaniacal gang leader Heller (John Larch), and the white man raised by Apaches Gato (Sydney Chaplin) are the right concoction of human frailty and issues to make the whole situation implode.  That implosion may not happen as there is another force at play that wants them dead.

There is something irresistible about the one-location post robbery films when done correctly that are too good to pass up.  Partially taken from the siege film but with less action.  The formula dictates that the men (and women) eventually turn on one another. There isn’t anything that is particularly flashy or different about Quantez as a film.  It is the fact that the film is sharply directed, adroitly scripted, and well-performed is what elevates it.

Quantez will find new fans of not only westerns but of genre films if given the chance.

The transfer provided by Universal to Kino Lorber is a beautiful representation of the Cinemascope image.  The image’s color reproduction and sharpness makes this a truly handsome transfer that many will delight in.

Kino Lorber’s Blu-Ray of Quantez is out May 11th