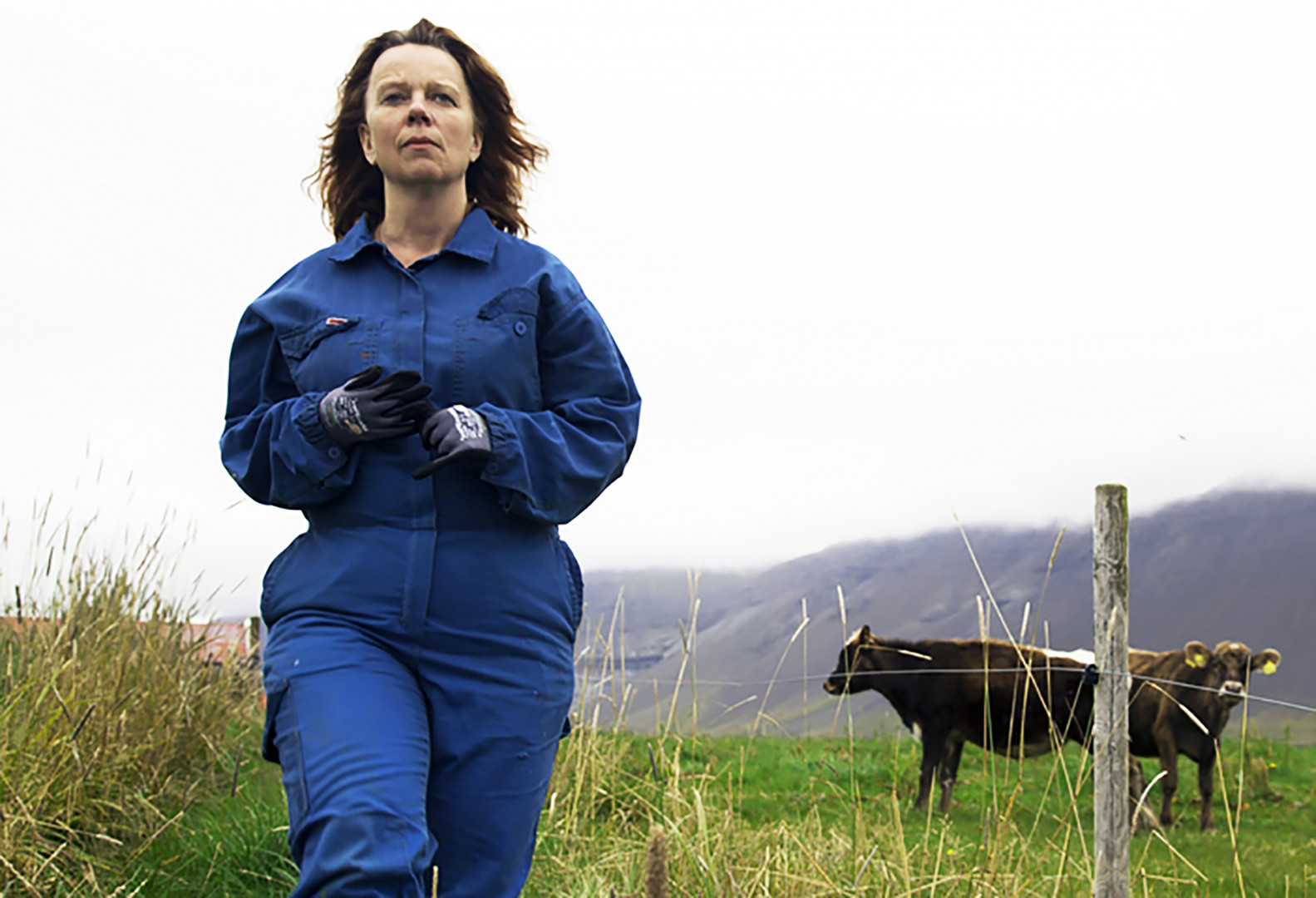 Recently widowed Inga decides to tackle corruption in her local co-operative and ends up dividing the local community. The County is exactly what you would expect from the director of Rams – small-town drama with dark humour as the comic relief.

Anyone who made time for Benedikt Erlingsson’s 2018 Icelandic black-comedy eco-drama Woman at War will have a good insight into the tone of The County, countryman Grímur Hákonarson’s follow up to his 2015 film Rams.

Arndís Hrönn Egilsdóttir plays Inga, a middle-aged woman who runs a farm in rural Iceland with her husband. They are part of the local agricultural co-operative which is supposed to help the community support itself. But when her husband dies in unexpected circumstances, Inga begins to hear things that may suggest that his death wasn’t an accident. Working through her grief, she voices her concerns on social media that the co-operative is more like the mafia than a democracy, and begins a battle to expose the corruption at its heart. Naturally, there are consequences.

The County is a combination of social drama mixed with a light touch of dry humour which we’ve come to know from several Icelandic films of late. There are no punches pulled in the representation of small community life, a place where everyone knows everyone else’s business and tongues wag. Life continues at a steady pace but is punctuated seemingly out of nowhere by outrageous acts of revenge which are both exceedingly funny, but also reveal the emotion which is seething inside Inga beneath her calm exterior. Underneath the moments of personal grief and black comedy is also a bit of a side-swipe at local politics and perhaps even the small-minded attitudes of those who are still cynical of ‘the big city’ to which so many of the younger population gravitate.

The (mostly male) cast acting as her nemesis are led by Sigurður Sigurjónsson, the leader of the co-operative, who imbues Eyjólfur with just the right amount of weasel; he’s clearly a shady character but is just slippery enough to convince most people that he still has the good of the community at heart. Many of us will know or will have worked for, someone like him.

But the force around which the story is built is that of Arndís Hrönn Egilsdóttir, whose performance as Inga is vulnerable and unassuming, yet determined and resourceful at the same time. Whether Inga succeeds in her campaign or not is open to interpretation, but as she has the conviction of someone with strong principles and also has nothing left to lose, it’s a pleasure watching her stand up and be counted.

The County opens in theatres and virtual cinemas nationwide in the US on Friday 30th April 2021.