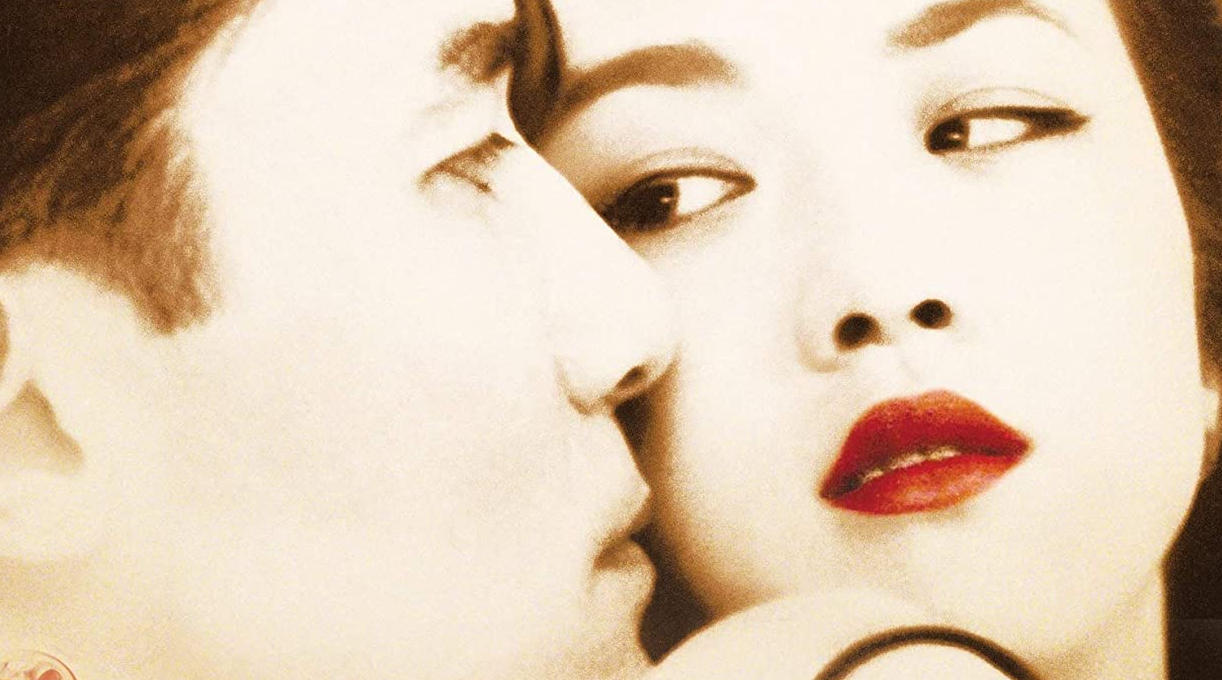 Ang Lee’s Lust, Caution is more than just the NC-17 rating.  In fact, it’s a brilliant Spy Thriller that has gone underseen for too long.  Kino Lorber brings the film to Blu-Ray.

Lust, Caution is every bit a War-Time Spy Thriller that something like Hitchcock’s Suspicion is.  In fact, the Ang Lee WW2 set film takes the concept further than Hitchcock ever could have imagined showing us the consequences of what is asked of a woman “to spy”.

“To spy” for Wong Chia Chi (Tang Wei) actually means to seduce or allow herself to be seduced by a prominent Government Official Mr. Yee (played by Tony Leung Chiu-Wai).  Set over years and two different locations (Hong Kong and Shanghai) the film charts Wong Chia Chi’s development from a young idealistic woman of the stage to cynical spy with few or any choices left than to do what she is asked for by the revolution. Even if that means betraying the evil man she has become emotionally and sexually entangled with.

The biggest feat Lust, Caution accomplishes over its 158-minute runtime is that after everything is said and done one never thinks of it as simply “a dirty movie”.  Yes, there are sex scenes involving one of the biggest movie stars in all of the World.  Though this spy thriller makes those sex scenes as vital a part of the storytelling as the best action films make their action beats apart of character and story.

The proof is in the fact that 100 minutes of its runtime goes by before the first true sex scene occurs.  It does so only after Lee and screenwriters Hui-Ling Wang and James Schamus have set the stage and the stakes in this story.  One forgets that this film has sex in it until that point.  They’ve masterfully created an intricate tale of lies, deception, and spy tradecraft.  The ill-fit those skill sets have on the students turned activists turned revolutionaries at the center of the film.

As a filmmaker, Lee has always shown an uncommon understanding of the human condition even in the silliest of circumstances (his Hulk is yes, strange and crazy but has an emotional through-line few superhero films have).  Here that skill set is vital to the sexual relationship that Yee and Wong Chia Chi involve themselves in.  The sex is not merely for titillation but rather character development.  As Wong Chia Chi is to seduce Yee the relationship is formed on a sexual basis so it would reason very logically that the way we would see things grow and develop is through that singular relationship.  It does.

Lee’s work with newcomer Tang Wei and superstar Leung Chiu-Wai is nothing short of phenomenal.  Everything about the relationship and how it develops works perfectly.  Working with the screenwriters, cinematographer Rodrigo Prieto, and editor Tim Squyres, Lee creates scenes and an arc that gives us an emotional trajectory that is uncommon in most movies that involve sex with the graphic degree this film does.

Credit should also be given to the actors.  Each, especially Tang Wei, gives themselves over physically to Lee’s vision.  Something that could have ended very badly on-screen is artfully done.  Even in the first encounter between the two which sides on the physically abusive, there is always character and motivation at the forefront.  Tang Wei’s work here is some of the bravest of the mid-2000s as she is not just required to do physically challenging work but emotionally complex too.

Lust, Caution is great filmmaking.  It is a shame that many will not watch because of the NC-17 brandishing.  Or worst still will only watch the sex scenes out of curiosity.  The film deserves better than that and hopefully will.

The transfer is solid.  The film’s 35mm photography by Rodrigo Prieto is beautifully rendered here.  The image is sharp with deep contrast levels both vitally important for a film that is shot with many deep blacks and shadows to mimic the Film Noir of the 1940s and 1950s.

The newly recorded commentary by historian Eddy von Mueller deep dives into Ang Lee’s WW2 Spy Erotic Thriller. Details include the historical setting that the film takes place in, the Chinese political stage that the film is about, the title and its significance and play on words/characters in China, the work and presence of Joan Chen, the casting and rise of new star (at the time) Tang Wei, the China and Shanghai of the time both in the film and in reality, the historical figure that the film was based on, Lee’s history of casting against type (Leung in particular here), the response to the film once released, the divisions of China (Main land, Hong Kong, Taiwan), Lee’s contemporaries (e.g. Edward Yang, etc.) and his push towards a Hollywood career rather than one in Taiwan, Lee’s collaborators that worked with him on this film, how this “cosmopolitan” film made it difficult to be accepted both thematically and technicalities of Award Seasons, the sexuality and sexual politics in the film, how the film navigated and the cost of working in China, the musical career and acting careers of actors in China (and other Asian countries), the super star musical career of Wang Leehom, the life and work of Eileen Chang (who wrote the short story the film based on), Alexander Desplat’s score and work elsewhere, the sex scenes and the depiction of sex, the history of art house and sex scenes, the work and presence of Tony Leung and how big of a star he was, just how grueling the shooting of the sex scenes were and the work that they had to do, and more.  Von Mueller does a great job of going through scene by scene and dissecting the film and its filmic, historical, and sociological underpinnings.  Anyone who remotely finds interest in the film should listen to this commentary.

Tiles of Deception & Lurid Affections (16:59) – the archival EPK style making-of does a good job of giving you the details of how the film was chosen as Lee’s next film and the making of.  The featurette is definitely designed to sell the film and show those interested in said film what it is about beyond the plot.  There’s some great b-roll footage of the film being produced and production anecdotes.