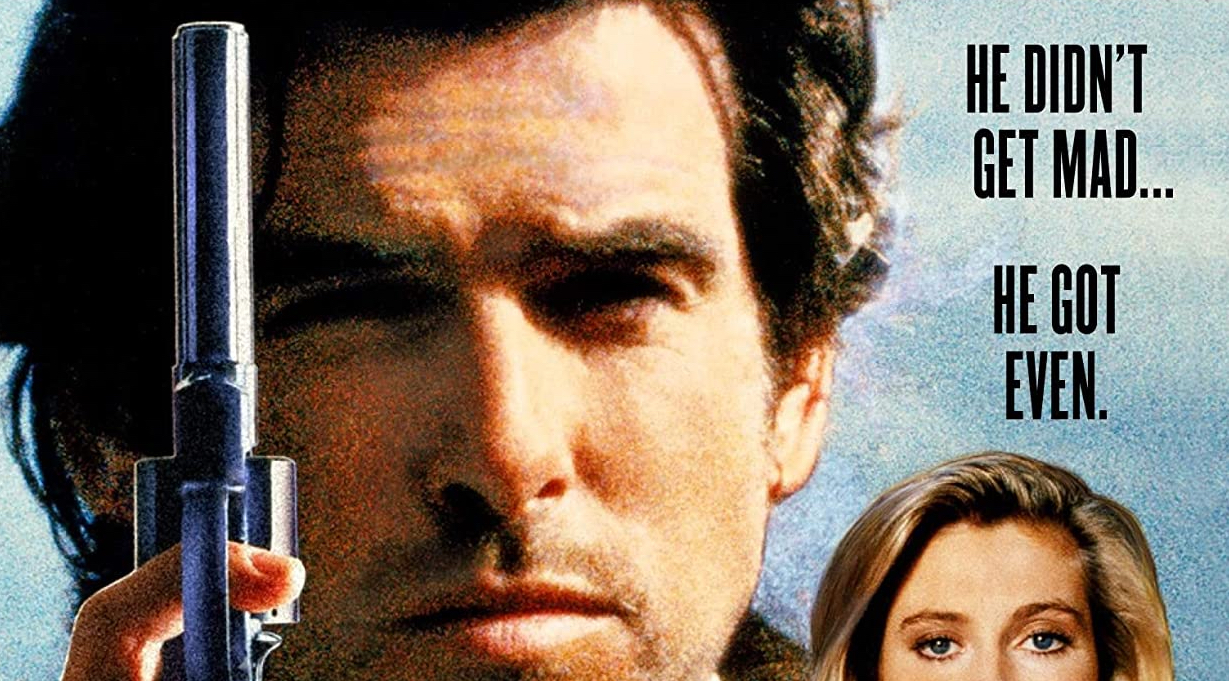 Before Pierce Brosnan was Bond he was Taffin.  Kino Lorber brings the 80’s Cult Classic Actioner to Blu-Ray.

After watching Taffin one wonders if the creators of Roadhouse saw this film.  For anyone that hasn’t seen the Pierce Brosnan film will have a strange sense of Déjà vu.  Though not strictly a one-to-one copy it does make for an enjoyable added metatextual layer.

Mark Taffin (Brosnan) is the guy you go to when someone is bullying you or doesn’t want to pay you what they owe you.  Setting up shop in an abandoned warehouse in a small town in Ireland.  Taffin is not just a debt collector but a peacekeeper of sorts.  Of course, when the big chemical company comes and wants to build a new plant in the town, they push and muscle their way through.  The townspeople fight but the Company brings in their heavies.  It’s up to the smart and martial arts savvy Taffin to get involved.  Taffin finds his match with the Evil Corporate stooges and their goons.

Part of the delight of Taffin is just how 80s/Irish the film is.  The film shot on location in Ireland and featuring a score by Hans Zimmer is so thick in Celtic that one is waiting for any moment for Bono, the Edge, and the rest of the dudes from U2 to show up.  One knows they’re in a 1980s action film when Brosnan begins to take dudes down with his own brand of Martial Arts.

The film isn’t flashy like its contemporary but the lack of flash and more of the Mike Hodges style of direction allows for a terser film.  Taffin doesn’t get out unscathed like he was later era, Liam Neeson.  Brosnan takes a beating throughout the film giving the entire film a rougher hue.

Taffin ends the way you think but not necessarily how you think it traditionally works out.  Which is the way that the film approaches everything.  The story may be straight ahead but the film is adroit enough to skew the way things unfold.

MGM has provided a decent transfer for Taffin to Kino Lorber.  The image hues closer to British Crime Films rather than the slick Jan DeBont style cinematographer of the US Action films of the era.  Kino has done their magic to give the film a nice handsome image that’s sharp and appropriately dense with grain.