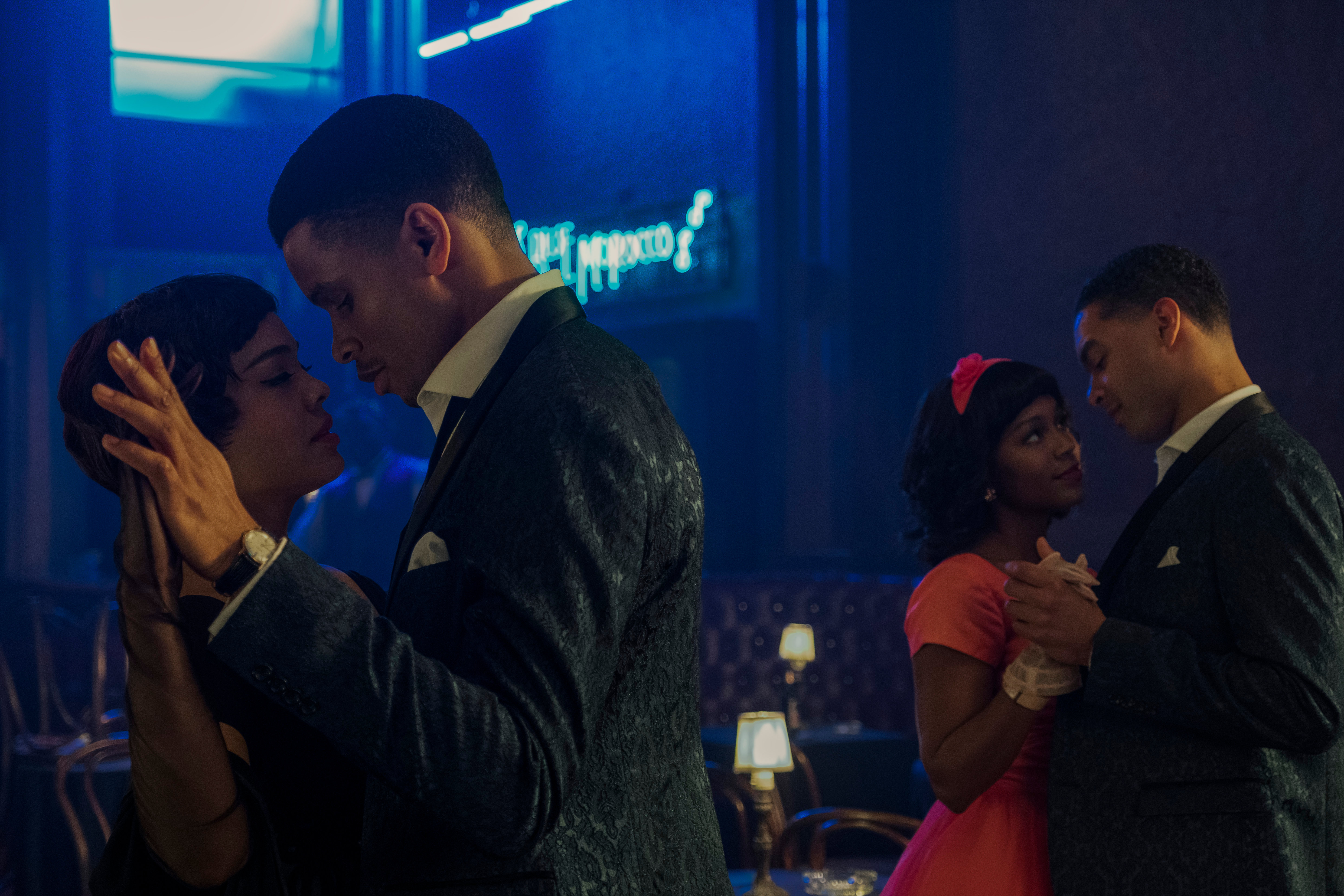 Sometimes you need a good old fashioned melodrama.  Many people think of melodrama as a bad word.  In the hands of writer/director Eugene Ashe and his two leads Tessa Thompson and Nnamdi Asomugha it’s a soul stirring romance.

1960s New York City where Sylvie Farrell (Thompson) and Robert Hunter (Asomugha) first meet. Sylvie dreams of being an actress.  Robert aspires to be a great Jazz musician.  From the moment they meet they are destined to fall in love.  And they do.  As any two souls could.  Family, aspirations, lies, marriages, and years separate them.  Will they have their beautiful ending they so rightfully deserve?

Ashe’s film is a throwback to a different era of filmmaking.  Love stories told on a grand canvas with beautiful actors in amazing clothes filled with longing and brimming with emotions.  The film’s secret weapon is Thompson and Asomugha’s chemistry.  Rarely do films that aspire to be grand romances have enough connection between their leads to qualify.  Often, they are films with beautiful people going through the motions.  Sylvie’s Love shows how much casting the right actors against one another matters more than anything in a romance.

Thompson continues to show how adept and great an actor she is.  As Sylvie, she takes a role that could have been a “weeping willow” and takes the greatest parts of Ashe’s script and makes them better.  Her Sylvie is a curious and forceful young woman who refuses to accept the positions people want to assign her.  Thompson is front and center here in a glamourous role that recalls the best parts of classic cinema of yesteryear.

Special mention should be made of Cinematographer Declan Quinn, Production Designer Mayne Berke, and Costume Designer Phoenix Mellow.  The trifecta of behind-the-scenes department heads have helped create this lush amazing world that recalls the best of the mid-century classic Hollywood films.  Quinn’s gold-hue cinematography works in tandem with Berke’s beautiful design of an almost Fairy Tale like New York City and Mellow’s wonderfully ornate costumes all with more than a few nods to the pillars of the Hollywood Golden Age.

Sylvie’s Love is a special gift for fans of the romantic genre.  Few if any films produced recently have the love, care, and attention to detail as Ashe’s passionately made film does.