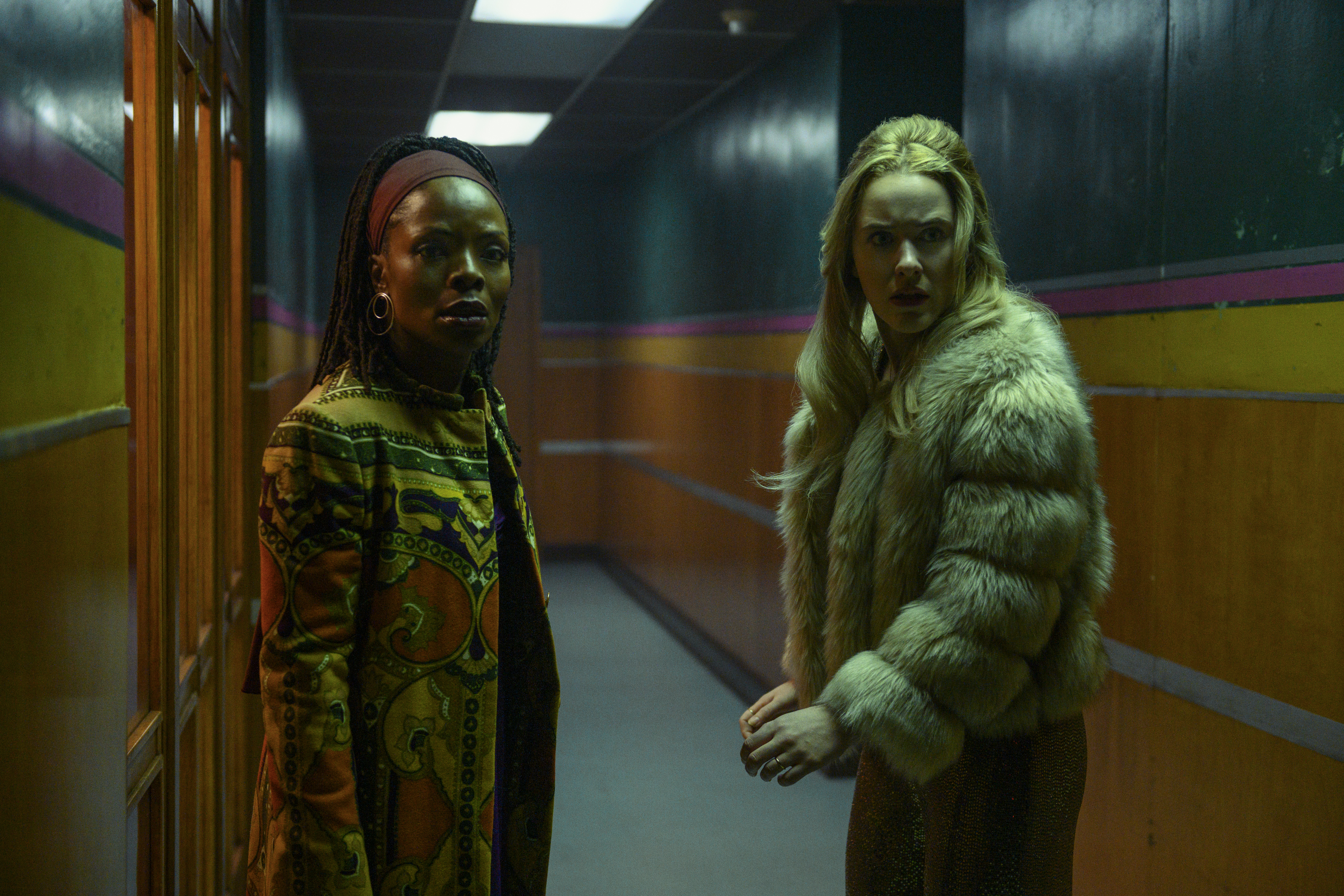 Rare in the glut of 1970’s set crime films are the long-suffering wife as a central character.  I’m Your Woman breathes life and complexity into that cliché of a character.

Jean (Brosnahan) is a Philadelphia Housewife.  Childless in a nice home, Jean knows her husband Eddie (Bill Heck) is a criminal but little else.  Much to her surprise her husband shows up with a baby one day, presenting it as both offering and gift.  After a late night “meeting” Eddie does not show and Jean is forced to flee the home with Cal (Arinzé Kene) and her baby.  Jean begins to find out those facts about Eddie she never wanted to.   Now, if she is going to survive a quickly growing turf war in Philadelphia working Cal and Teri (Marsha Stephanie Blake) is her only option.

For those that have watched Amazon’s The Marvelous Mrs. Maisel will not be shocked that Rachel Brosnahan performance is nothing short of flawless.  Brosnahan is front and center here playing a different type of housewife.  Most of the film the actor is required to react and be more of a physical presence rather Coen-esque machine-gun fire delivery of dialog that she became a star with.  Jean as a character is shell shocked trying to survive and gaining inner strength.  That arc is played internally by Brosnahan showing us a woman who quietly grows by small increments rather than leaps and bounds.  It’s beautifully mediative work.

Hart working with co-screenwriter and producer Jordan Horowitz gives the crime film a jolt and fresh point of view. Part of the strength of I’m Your Woman comes from its decision on whom to focus its narrative on.  These characters would be merely footnotes or causalities in any other crime/gangster film.  Here they are given center stage and the normal circus parade of Goons, Hitmen, and Bosses are supporting characters.

Seeing the time spent in a hide out or escaping a squad of killers are detailed here not just footnotes.  These troupes usually played out off-screen, but here they are the narrative drive of the film.  They come with their own sense of tension of perspective on crime that is unique and refreshing for anyone that devours the gangster film with aplomb.  The clichés of the gangster film are traded for a more pensive and methodically moving film.  One expecting shootouts, drugs, and Rolling Stone needle drops should look elsewhere.

I’m Your Woman is a character drama that subverts the gangster film.