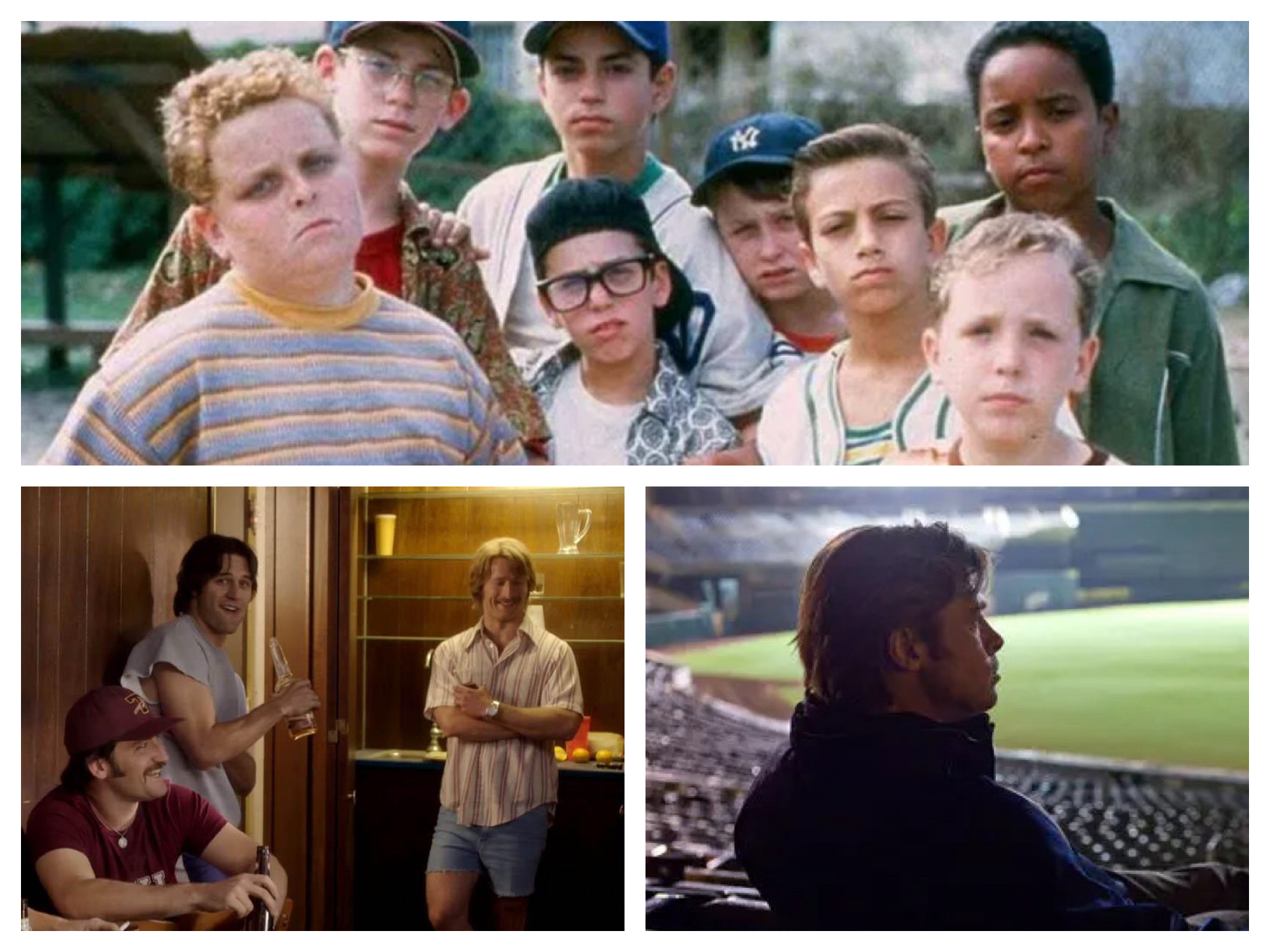 Shane is back! This time in honor of The World Series he’s looking at his favorite baseball films.

The smell of fresh-cut grass and a freshly watered infield.  The sound of a fastball hitting the sweet spot of the catcher’s mitt, the crack of the bat, and cheers from the crowd.  Some of the best smells and sounds in the world.

For me, starting at a young age, there are two things that I loved and fascinated me.  So much so they have become a part of my DNA; baseball and film.

On the weekends I would spend my days playing baseball tournaments and my nights watching films.  It’s the reason that I have such a strong passion for films about baseball.  There are so many films where baseball takes center stage.  Almost too many to choose from.  Like any baseball player or film critic, I have put in the hard work to create a list of my personal favorites.

5. Everybody Wants Some! (Dir. Richard Linklater)

I know what you’re thinking; Everbody Wants Some! on a best of baseball films list?  Trust me, I get it.  I might be leaving off some classics but that’s why I want to highlight this film here.  It’s one that came and went and I don’t hear nearly enough people talking about.  So why this film?  First of all, Everybody Wants Some! is the definition of rewatchable.  It’s a film that follows a group of college ballplayers during the weekend leading up to the first day of class.  The laid back vibe is similar to Linklater’s previous effort, Dazed and Confused.  The characters are well-defined and a natural chemistry among the primary leads.  If you told me these guys were buddies in real life I would believe it.  As for the baseball aspect, there’s a scene in the latter part of the film where all the players practice and get a scrimmage game in.  It’s so well done and all the actors actually look like they can play ball which is rare in these films.  The cast is outstanding, especially Glen Powell who steals every scene he’s in.  Everybody Wants Some! is such a fun film that perfectly captures Texas college life and baseball.  This one is truly an underrated gem from Linklater.

Baseball is hard to accurately portray on film and for the most part, Bull Durham gets it right.  There’s a scene where Kevin Costner, an aging career minor leaguer, is in the box frustrated and talking through his approach at the plate.  It’s authentic and a conversation that we baseball players have with ourselves time and again.  The film is ultimately about the bonds of friendship during a season and how those friendships can impact your play, positively or negatively.  It’s also about the fleeting moments’ ballplayers have on the field.  One minute you’re the young star being groomed by the grizzled veteran.  The next you are the grizzled veteran.  Baseball is a beautiful sport and one of the greatest I’ve had the opportunity to play.  Bull Durham is the rare film that expertly captures the magic and beauty that happens inside those chalk lines.

When you’re a kid the world seems so much smaller than it really is.  When I was young there was nothing more important than baseball and friends.   In my old neighborhood, we had our little world and that’s all that mattered.  The Sandlot resonates so much because of my similar childhood.  The premise is simple and effective.  A group of kids play baseball at the local sandlot and hijinks ensue along the way.  The characters are memorable, and the film really captures the essence of playing backyard ball with your friends.  Is there anything more magical than the scene where the boys play a game of baseball by the light of the fireworks?  As far as baseball films about kids, it doesn’t get better than The Sandlot.