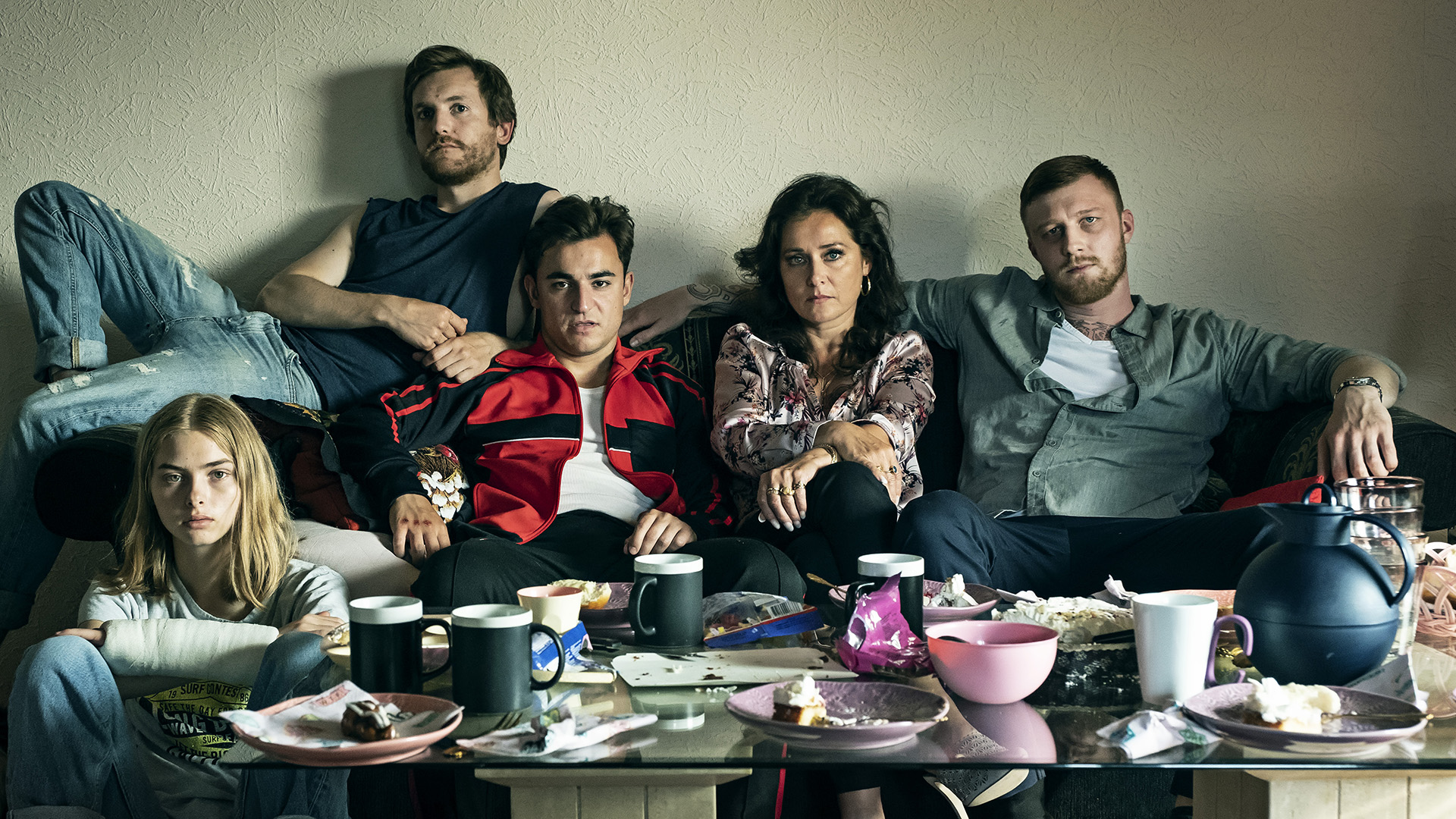 Wildland is unlike any female coming-of-age story you have seen.

Director Jeanette Nordahl’s debut feature film eschews every single girl coming-of-age troupe there is.  Wildland is unsentimental and unfettered look at someone dealing with the violent criminals in their family with little to no choice.

After a tragic accident, Ida (Sandra Guldberg Kampp) is placed with her Aunt Bodil (Sidse Babett Knudsen) and her three sons; Jonas, David, and Mads (Joachim Fjelstrup, Elliott Crosset Hove, Besir Zeciri).  Though estranged from her family Ida is quickly introduced to her Aunt’s loving ways and her cousins’ criminal enterprises.  Taught quickly that family matters beyond all, Ida is soon faced with moral quandaries beyond her seventeen years can comprehend.  Ida learns that her family is much more complicated than at first appeared.

All of the cliches that come with the family gangster film are completely sidestepped in Wildland.  The script by Ingeborg Topsøe is assured in its focus on the family dynamics.  The story never delves deeply into the criminal enterprises of the young men.  Seen subjectively through Ida’s point of view we are only given clues.  Ida watches as her cousins and aunt exchange envelopes with various people, discussions of “seeing that person”, and guns.  Clues we easily connect the dots.  Thankfully, we are saved from the scene of Ida being told or telling us how “the business works”.

Nordahl pushes the concept further by directing the film as a social drama.  Eschew all the visual cliches of a “gangster” film.  There is a warm and inviting feeling that is slowly seeped away through the story.  Nordahl working with cinematographer David Gallego creates a visual style more akin to a Cassavetes’s film than anything else.  Scenes unfold around a kitchen table at breakfast, in a basement game room, or on a patio.  There’s a normalcy that plays out that makes it all the more disturbing for Ida, and the audience, as things begin to go very wrong.

At the center of this amazing film is Sandra Guldberg Kampp’s performance as Ida.  The young actor, only 18 at the time of filming, commands the screen as the mostly silent Ida.  Guldberg Kampp’s performance is revelatory in its silence.  Most on-screen teenagers talk-talk-and-talk their way through a film.  Ida is dealing with an unimaginable loss and Guldberg Kampp shows this through her physicality and a minimum of dialog.  Topsøe adroit script understands Ida or any teenager would internalize these events.  It is Guldberg Kampp’s talents as a performer that makes Ida so vital and heartbreaking.

Few films have the power that Wildland does.  From the opening frames of a car on fire to the final moments in a hospital the film tightens it grip slowly and confidently around your throat.  By its end Wildland has you both gasping for air, upset, and completely entranced by its powerful stark final moments.