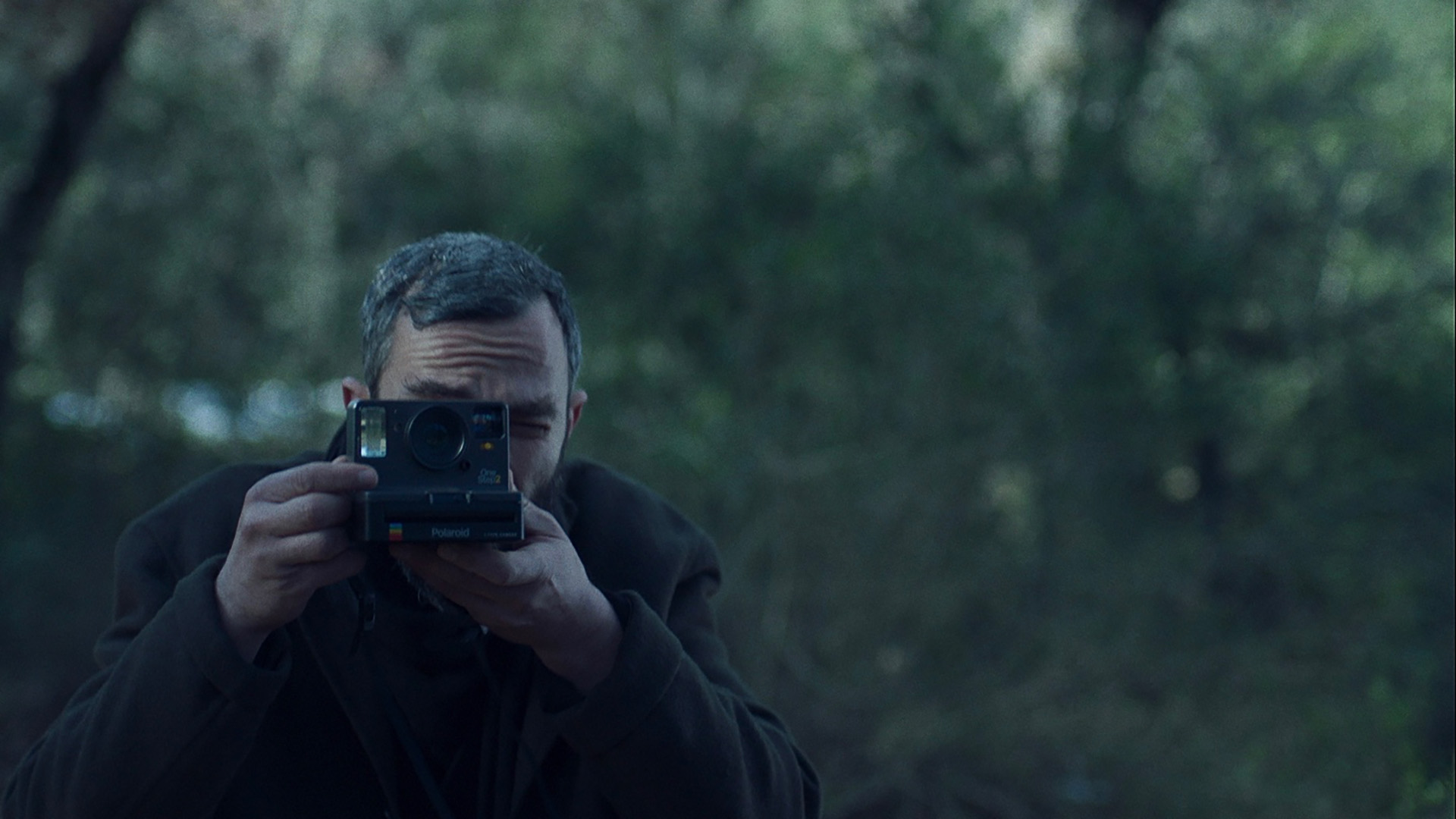 Apples is about a virus ravaging the citizens of Greece and the world.  It’s not COVID-19 but rather a sudden affliction of memory loss.

Starting with a great premise, Apples seems to relish the morose and unexplained nature of the concept and does little else with it.  Director Christos Nikou’s film is beautiful albeit empty.

As the world deals with an unnamed viral pandemic that strickens people suddenly with complete memory loss.  Aris (Aris Servetalis) while walking right outside of his apartment is hit with said unnamed virus.  Taken to a triage center that helps people begin again and find their way back to their homes attempt to help Aris.  Aris goes about adjusting to his new life without any of his memories or self.

Part of the issue with Apples is the lack of narrative drive.  The film is a character piece with no drive or motion.  Aris goes from one setting to the next baffled by everything and everyone he interacts with.  There isn’t any drive from the character or reaction to his situation.  Just a steady baseline of unaffected looks at people who are reacting to this issue.  One wishes that at the very least we understood Aris’ actions beyond his zombified sleepwalking through the streets of Athens.

Beautifully photographed in Academy Window Box (1.33 for you cinematography fans out there) by Bartosz Świniarski the film is more of a travelogue look at modern Athens.  The camera glides in and out of situations always in complete control and distanced from Aris or any other characters that come into frame.  Świniarski’s refine work here will no doubt get him more work moving forward as Apples is visually accomplished and refined in a way few films are let alone the second feature-length by a cinematographer.

Apples is a visual accomplishment for co-writer/director Nikou but one wishes that there was more hefty to a concept that is definitely requires it.