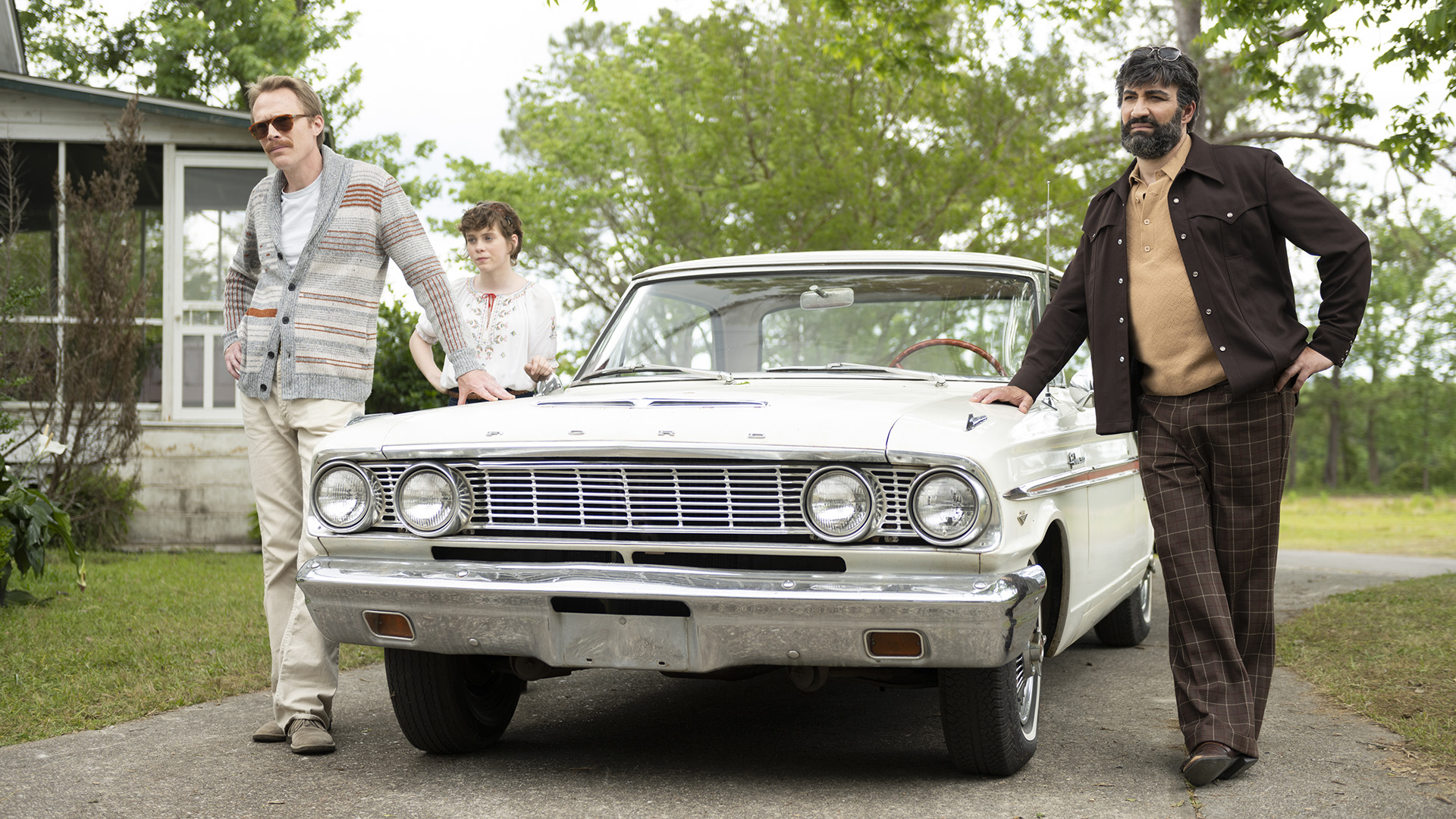 Alan Ball’s Uncle Frank is a family drama with a huge dollop of compassion and understanding.

Anchored by great work by the trifecta of Paul Bettany, Sophia Lillis, and Peter Macdissi, Uncle Frank is not your usual tale of a Gay man confronting his family.  Ball finds the humor, grace, compassion, and empathy in all the characters in Uncle Frank.

Beth (Lillis) has always liked her Uncle Frank (Bettany) and is delighted that when attending NYU she will be close to him.  It comes as a shock to her that Frank is a lot more than he appears or shows his family.  In a long-term relationship with Walid (Macdissi), Frank’s life is perfect, with the exception that his family from South Carolina has no idea he is gay.  A tragedy befalls the family and forces, Frank and Beth, to go back to South Carolina, with Walid in tow, for what is an unexpected weekend of revelations.

That is not to say there isn’t drama and dysfunction.  Ball’s film handles this with a light touch, showing the inner turmoil of its central character as the crux of the film’s drama.  Uncle Frank’s secret weapon is its empathy for all its characters.  It’s true understanding that everyone is human and fallible.

At its center is Paul Bettany’s performance as uncle Frank.  Bettany has never been wittier as he is here.  There is a relaxed easy charm, lived-in that comes with time.  The actor makes everything look easy here when nothing in the performance is.  A mostly internal performance, Bettany is able to convey more with a single look than most actors can with an entire monologue.  There is a moment between Frank and the family as something that I read aloud and the range of emotions played by Bettany in those thirty seconds are the things awards clips are made of.

This is not just a single performance.  Uncle Frank is as much an ensemble piece as it is a showcase for Bettany.  Lillis and Macdissi are respectively great as Beth and Walid.  Macdissi as Walid is more than just “the boyfriend” but rather a partner that wants to help Frank as much as Frank pushes him away.  There is great chemistry between Bettany and Macdissi that makes the relationship feel as lived-in and old as it is.  Lillis continues to surprise as a mature adept performer.  As Beth Lillis plays both the young girl and the maturing young lady with the same sort of force and conviction.

Much of the delight of the film comes from Ball’s script which relishes in bucking the conventions and troupes of this type of “dysfunctional” family ensembles.  In fact, rather than using darkness and sardonic humor, Ball uses warmth, compassion, and the lightest of comedic touches along with heartfelt drama.  Uncle Frank is as warm a family dramedy in recent memory.

Uncle Frank is playing AFI Film Festival 2020 as a part of their World Cinema series.