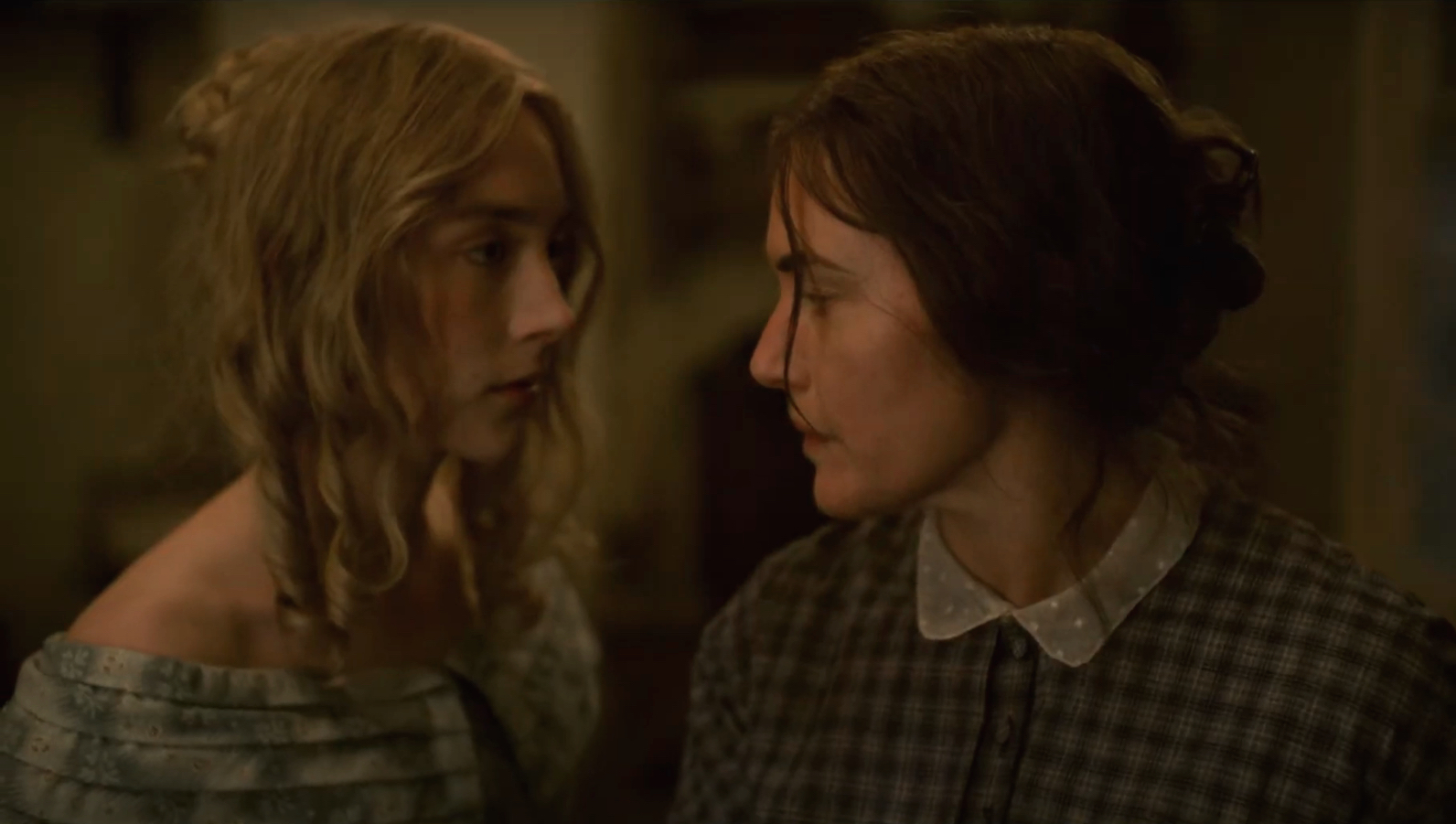 The second feature from Francis Lee (the first being the highly acclaimed God’s Own Country in 2017) sees the director in related territory, with two people coming to terms with their feelings for each other set against a backdrop of a grey, windy landscape.

This time though, the setting moves south from the Brontë’s Yorkshire moors territory to the coastal town of Lyme Regis frequented by Jane Austen, and Ammonite’s two protagonists are female instead of male.

Mary (Kate Winslet) is an excellent but overlooked archaeologist, spending her days searching for and cataloguing the fossils she finds on the beach and in the cliffs. She has the air of a person who has been denied, or has denied herself, any pleasure in life at all; she seems extremely awkward in company and is generally to be found alone.

At first resentful over being strong-armed into becoming a companion for the ailing Charlotte (Saoirse Ronan), a Jane Austen-inspired intervention brings the two closer together, and they find themselves drawn to each other and begin to enjoy life in each other’s company.

It’s a strange film because it’s surprisingly passionless for a story about two people forming a close physical relationship. There are scenes of intimacy which feel frantic and even functional rather than passionate, and the heat between the two women is on about the same level as that of the dank Dorset beach where they search for fossils. Winslet’s Mary is so frightened of being hurt by love that she cannot display her emotions in any situation, and as a result it’s all a bit cold for a love story.

Even if there hadn’t been another film in the last 12 months which was also a period tale of two women discovering each other and themselves, Ammonite would still only be a pale companion to Lee’s previous film God’s Own Country. Ammonite is fine but its lack of emotion, even in those scenes where it is just Mary and Charlotte together, away from the world, makes it difficult to feel any connection with their story.