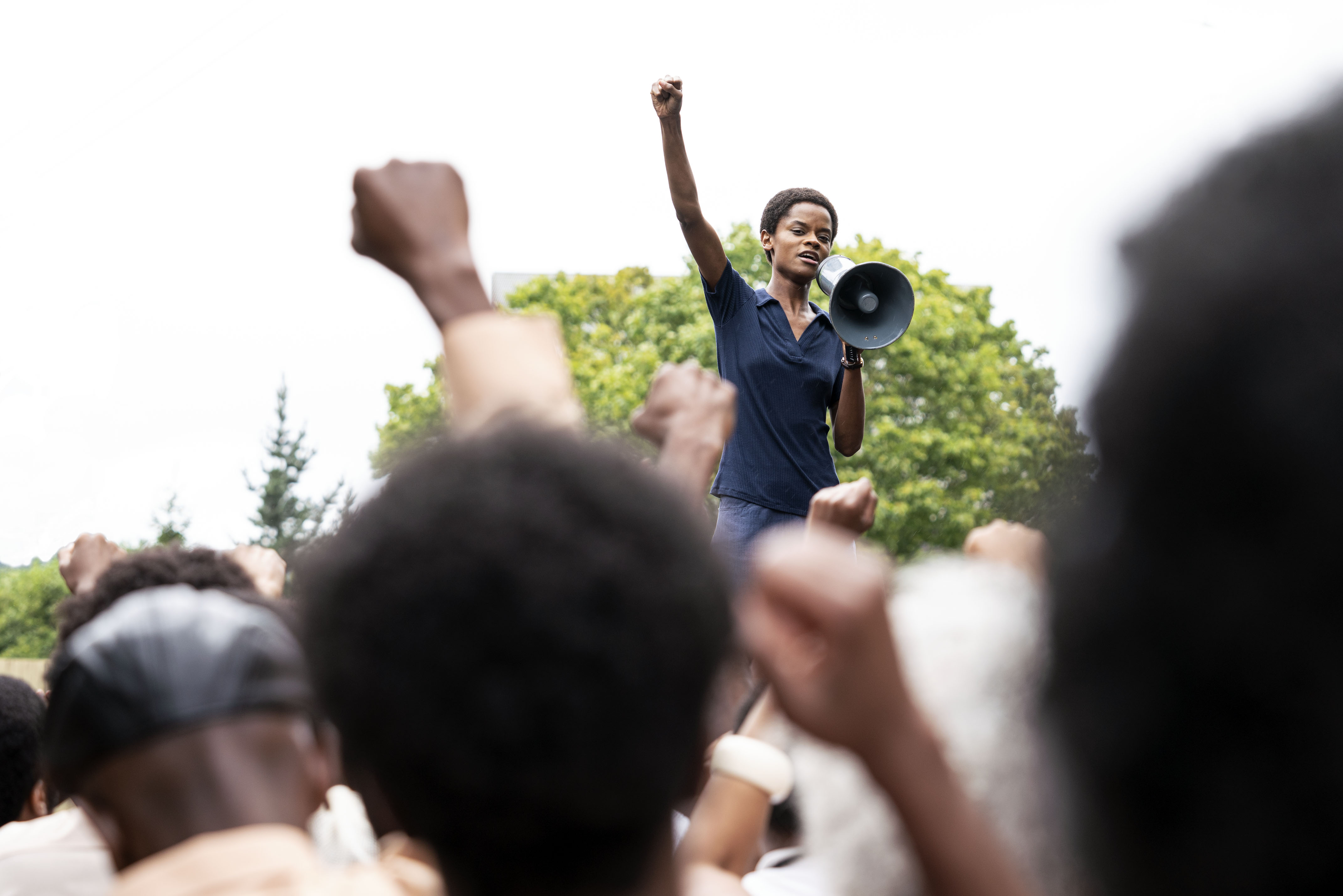 Director Steve McQueen’s film Mangrove launched the 2020 London Film Festival with a potent and necessary story about racism and discrimination in Britain, based on real events in the late 1960s and with outstanding performances from the cast.

The 64th BFI London Film Festival got underway on Wednesday evening with its opening film Mangrove, one of a series of five films by acclaimed director Steve McQueen in his Small Axe anthology series.

Each of the five stories (a second, Love Rocks, plays later in the festival) presents events in the experience of what it was like to be Black and British in the period between the late 1960s and mid-1980s. The series of films will be shown on BBC One in November and Mangrove – which, of the five, is the longest at a touch over two hours – also screened at Cannes earlier in the year.

Mangrove is based on a true story, that of a group of Black people who were wrongly arrested and charged with incitement to riot and affray. In a highly publicised trial, they represented themselves in court and their case became one of the landmarks of the British justice system. Director Steve McQueen brings a powerful and (sadly) still pertinent story to the screen and elicits some intense performances from his cast.

Mangrove divides pretty obviously into two sections. In the first half, we are presented with a flavour of life in Notting Hill in 1968. Although now an affluent suburb and more familiar to cinema audiences through the eponymous 1999 film, in the 1950s and 1960s Notting Hill was an area where many Caribbean immigrants of the Windrush generation settled due to the accessible rents. We walk through the slum streets of suburban west London with Frank Critchlow (Sean Parks), a man who has just opened a West Indian restaurant (named The Mangrove) which is popular with fellow immigrants, and which goes out of its way to disassociate itself from any kind of drug use. It’s a warm, colourful environment full of food, friendship and vibrancy, and some excellent music choices punctuating the evening life.

Keeping the premises under surveillance for no apparent reason, however, are a couple of white police officers (Sam Spruell and Joseph Quinn) just looking for an excuse to apprehend Frank and some of his customers including British Black Panther Movement leader Altheia Jones-LeCointe (Letitia Wright), Darcus Howe (Malachai Kirkby) and Barbara Beese (Rochenda Sandall). Over a period of time and persistent police harassment, things come to a head at The Mangrove, and arrests are made.

The second half then becomes a traditional courtroom and legal drama, tracking how both Howe and Jones-LeCointe defend themselves in court, the manner in which the defending team and the accused are treated by the white judges and barristers in their powdered wigs, and how British law was interpreted in a manner unknown since the Magna Carta in 1215.

McQueen is not the type of director from whom a traditional courtroom drama may be expected, but Mangrove definitely works for a variety of reasons. The first is the difference between the vibrancy of Notting Hill and the staidness of the courtroom; it could not be more of a contrast. It’s easy to feel the overbearing oppression of the wood panels and wigs, and it’s obvious where the inherent power lies. There’s also the casting of the legal representatives. The judge and prosecuting team are played by white actors whose faces (in the UK at least) are known for exactly such roles; together with their rounded vowels and perfect English, their presence immediately conveys privilege and The Establishment. And then there are the performances of the defendants, the Black cast, which are full of passion, emotion, and conviction. In particular, Shaun Parks as Frank, seething quietly in the face of injustice, and Letitia Wright’s Altheia who is intelligent dynamite. But all of them envelop the viewer with their commitment and do not let up for one moment.

Mangrove is a necessary and powerful piece which challenges racial discrimination and institutional racism from 50 years ago but which sadly feels all too contemporary. It may have a touch of the BBC drama about it and slightly less of the cinematic, but it is absolutely a must-watch.

Mangrove played as part of the London Film Festival 2020 and will be aired on BBC One in November.