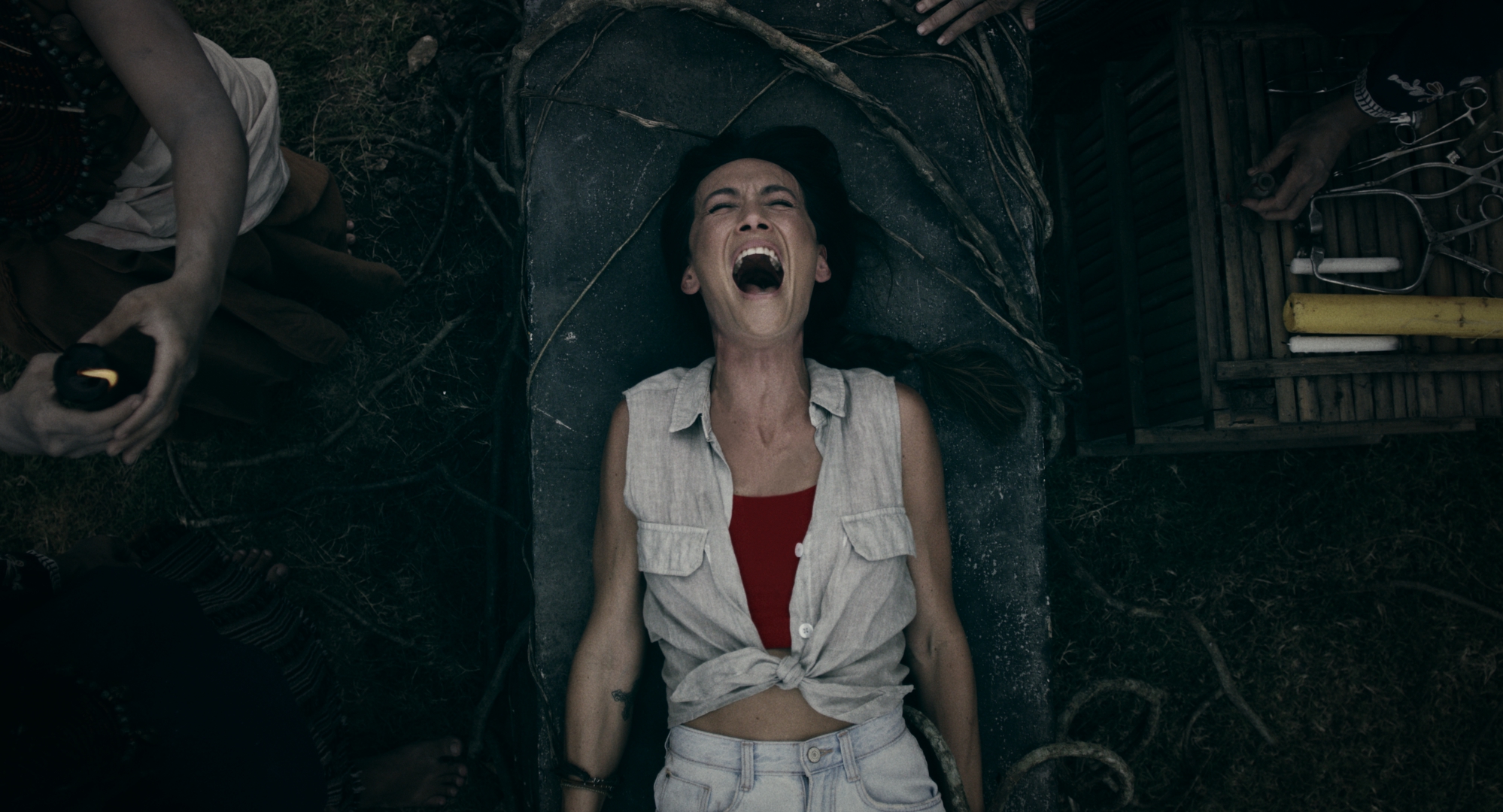 Death of Me is the vacation from hell.

Director Darren Lynn Bousman’s film tightens the screws even if we have seen this story has been done before. Maggie Q and Luke Hemsworth prove to be adept and worthy leads.

Christine (Maggie Q) and Neil (Hemsworth) wake up after what they think is a heavy night of boozing.  Neil is a travel writer and on assignment on a beautiful small island off Thailand.  The couple is disorientated not know what happened the night before.  This is not The Hangover Part II where whacky hijinks ensue.  No, they witness Christine being murdered by Neil, all filmed on his camera.  Having missed their boat and their passports possibly stolen they must piece together this dark and sinister mystery.

The single issue with Death of Me is that we have seen so many variations on this particular story troupe.  Bousman does take the standard script and gives it the right amount of emotional heft and drive to elevate the conventions.  Though one can set their watch by the reveals and many will be ahead of this one far before the climax comes within shouting distance.

The casting and performances from both Q and Hemsworth are pitched in the right tone.  There is nothing arch or tongue-in-cheek about this couple’s journey.  Bousman makes sure that from the moment we meet Christine and Neil we are with them on this journey.  They’re not some sort of Nouveau Riche couple that we instantly despise.  Rather, a couple that has that second language that couples often do.  Bousman’s camera ensures that looks and moments between the couple are always in the forefront that indicate and show history.

That work helps as the film begins its mysterious journey into the culture of this island.  How it plays out is predictable but its Q and Hemsworth’s work that makes it worth your time and effort.  Bousman’s effective set-pieces throughout induce the chills and scares, one comes to expect.  Though, Q’s final confrontation is unexpectedly gruesome jolts that will delight horror fans.

Death of Me may not be entirely original horror film but Bousman’s expert direction and performances by Q and Hemsworth elevate it above the VOD Horror doldrums.