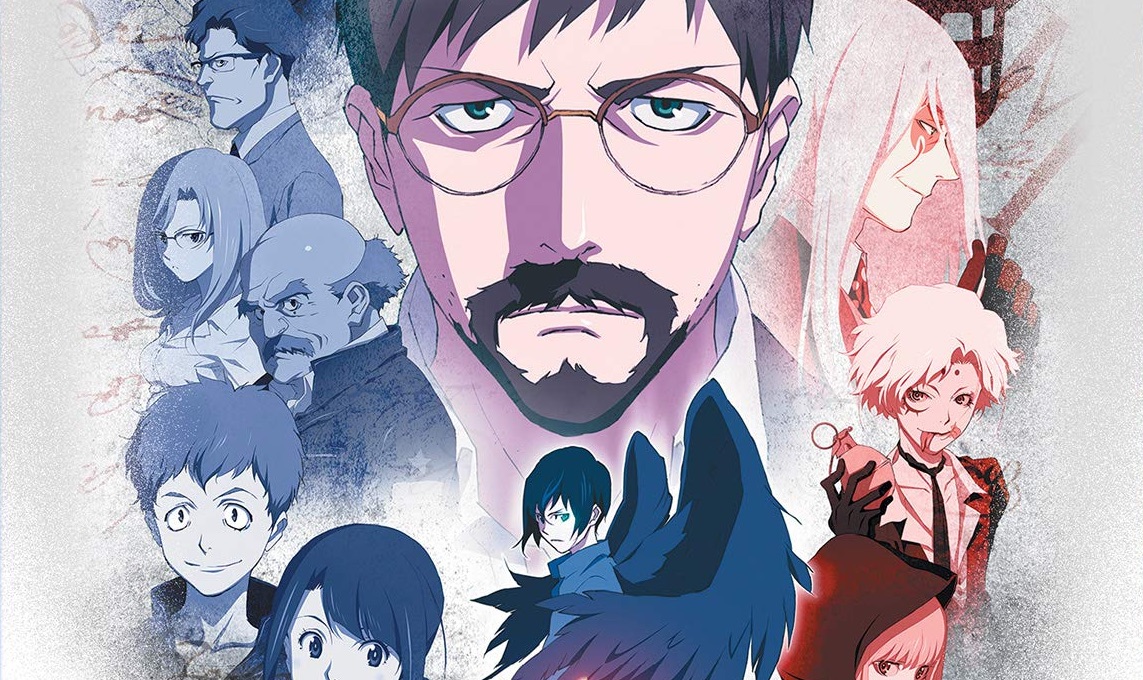 The wild and wildly entertaining Netflix/Anime Series B: The Beginning comes to Blu-Ray Courtesy of Shout Factory.

You’ll know if you’re in for the ride if you know Production I.G and their amazing work in the world of Anime.  B: The Beginning is the kind of genre mashup that the studio is known, and many a non-Anime fans of X-Files and Constantine may find a series to obsess over.

Set in the archipelagic nation of Cremona, a series of murders have police baffled.  What appear to be both technologically advanced and supernaturally driven all signs point to the mysterious “Killer B”.  The Royal Investigation Service’s crack team of detectives are baffled by every new crime including the theft of an advanced APC.  Enter burnt out but brilliant (is there any other kind?) detective Keith Kazama Flick.  Flick along with his team have mistakenly, or is it a mistake, fallen smack dab in the middle of something far greater than they could comprehend.

The show created by Kazuto Nakazawa takes elements from the police procedural, mad scientists, Greek Mythology into a heady brew.  Though the elements may seem misplaced the results are a unique show that is never anything less than engrossing and engaging.  Nakazawa understands how to build a narrative and the central mystery and when to reveal and what.  The show excels at defying expectations in the way it reveals its secrets.

The show impresses in scale, depth, and even emotion.  B: The Beginning is as adept at large scale action scenes; there is one involving a Tank in the first episode that’s WILD.  It is just as skilled with ticking clock thriller set pieces, there’s a moment in the middle of the series involving an a walk to an elevator that recalls the best of Hitchcock and DePalma.  The moments between the characters and the relationships that build show Nakazawa cares beyond the standard visually arresting series that the worst of Animated Series can invoke.  Flick as a character is as flawed and as fascinating as Will Graham, John Constantine any of the other great burnt out detectives of the genre.  The ties that bind him to the case are far from what first are discussed.

B: The Beginning has story and style to spare.  So much so that it feels like its crescendos by Episode 6 but in reality, it’s just getting started.  Nakazawa packs so much into the show that by its end, and it does end (for now at least), you have felt like you’ve seen 3 seasons rather than 1.  This one like Attack on Titan has crossover appeal beyond the Anime Fans.

The series is transferred beautifully to Blu-Ray.  Having done a comparison between the Netflix stream and the Blu-Ray there is no comparison.  Blu-Ray is the clear winner with the density, color reproduction, and image quality just that much better than the Streaming.  (Note: I did make sure that my test was done with a hardwired connection on my 4K AppleTV streaming Netflix with a good solid 340Mps).

The Blu-Ray Series Presentation in The Original Japanese Audio with English Subtitles and English Dub.  Additionally, Shout smartly added a “Text and Signs” Subtitle Option that can be turned on both the English and Japanese Dub.  It should be noted that both of the soundtracks benefit greatly from being on Blu-Ray.  A comparison between the physical media and streaming versions are none whatsoever.  The Blu-Ray by far and large wins with a more spacious and active soundtrack.

Interview With Kazuto Nakazawa (23:59) – the creator and director of the series which was filmed in 2018 discusses his series and how it was developed. Some of the discussion points include; if Netflix release model changed his style of writing and directing, the mystical aspects of the show, his use of 2D rather than 3D animation and how this was an intended stylistic choice, Miyazaki’s influence, his transmission from Animator to Director, discussion of past projects (like Kill Bill, The Animatrix, and the Linkin Park Video for Breaking the Habit), and much more. The interview questions are prompted by onscreen title cards. Japanese with English Subtitles.

Pilot Film That Inspired The Netflix Series (1:49) – This is more of trailer than a pilot.  At a little less than 2-minutes it’s a mood and a taste of what was to come in a few years (it was made in 2014).

Anime fans probably already know that B: The Beginning is the real deal.  The series with its wild storytelling and great action could be a crossover hit.  High recommendations.

Shout Factory’s Blu-Ray of B: The Beginning is out October 6th