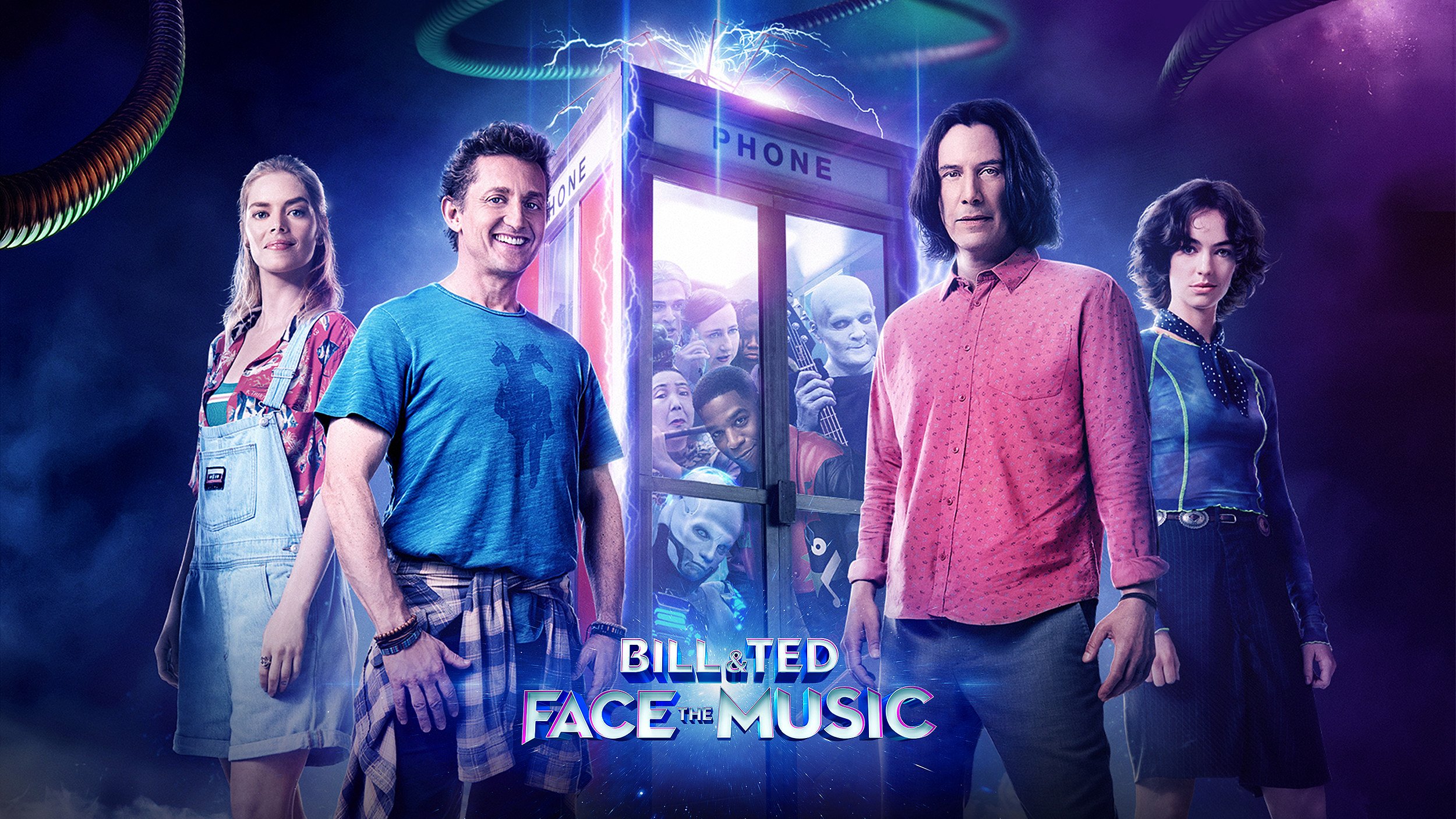 Bill, Ted, and Shane return but is it a Most Excellent Adventure for Shane?

Sometimes a film comes along at just the right moment in time.  Any other time and it might not be as meaningful or capture the magic needed to breakthrough.

After the events of Excellent Adventure and Bogus Journey, we find our heroes, Bill and Ted, resigned to playing to smaller and smaller crowds desperately in search of the song that will unite the world.  They’re now married to the princesses, have daughters, and seem to be living a happy normal suburban life.  That is until Rufus’ daughter visits from the future telling them they only have a limited time to write the song that will unite the world.

Right from the start, we see that Alex Winter and Keanu Reeves still have all the chemistry that made their roles so iconic in the first place.  It’s as if no time has passed between these actors; like reuniting with old friends.  It does help Reeves and Winter are charming and likable.  Reeves being one of the most likable actors around.

There is a multitude of supporting characters, but the two standouts are Bill and Ted’s daughters played by Samara Weaving and Brigette Lundy-Paine.  They easily capture the spirit and energy of younger Bill and Ted without becoming cheap impressions of Winter and Reeves.

If I had any complaints about the film, I would say the plot is a bit recycled.  The plot taking too much from the first two films.  Additionally, the supporting characters from the past don’t have a lot to do until the final sequence.   In a film that elicits a smile from start to finish, these are minor gripes.

Bill and Ted Face the Music, a comedic combination of nostalgia and music. Just what I needed for this moment in time.  It’s as if Bill and Ted jumped into that phone booth and delivered a jolt of pure happiness to 2020.  A year in which all of us could use a little smile.

Bill and Ted Face the Music is in Theaters, Drive-ins, and VOD now.