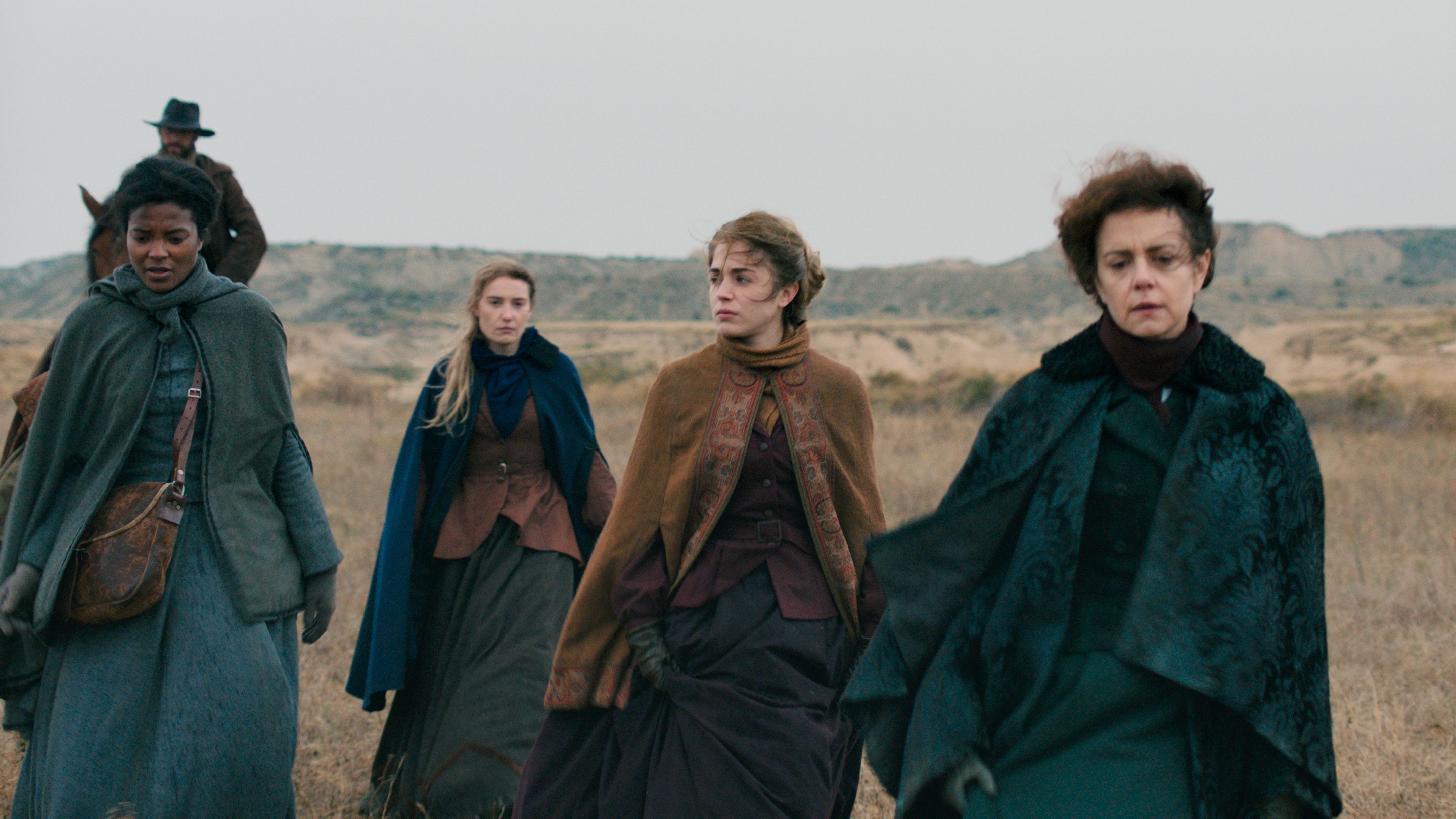 Writer/Director David Perrault’s sophomore effort Savage State is a beautifully constructed deconstruction of the Western.  A film that’s lens focuses on the women of the story rather than the men.  The results are electrifying and hypnotic.

The French living in America under the rule of Napoleon during the Civil War were ordered to stay neutral.  As the war comes to an end a well-off French Colonist Couple in Missouri can see the impending violence that will eventually invade their home, their three young daughters, and “free” maid.  The family hires a Mercenary (Kevin Janssens) and a few other men to lead them safely to the boat that awaits them to Paris.  Wanting to avoid violence that they think isn’t there’s, it becomes unavoidable as the Mercenary’s recent past and possibly jilted lover (Kate Moran) comes looking for him for reciprocity.

The world that Perrault’s creates is a dream-like fairy tale soaked in the nightmare of violence.  A Goethe painting comes to life.  A place where beauty belies the threat of violence.  The painterly vistas under close exam show the harsh reality of edges and rough terrain that quickly hardens these women.  The Pre-Post-Civil War South is empty but filled with the terror and threat of assault.

Though this story has been told often, the hiring of a gunslinger to lead a family through dangerous territory to safety. Perrault’s script eschews any of the sorts of male-centric heroics usually associated with these types of entries.  The film is rather a tense character study of women whose lives have shifted drastically.  Women who have only known the lackadaisical comfort of a warm estate to the bitter hard realities of the dirt trails of Missouri in days.  How they grown, shrink, and sometimes buckle is the dramaturge and crux of the film.

The third act does eventually invoke the lead of bullets and reports of gunfire.  It is done with such a unique and keen eye it never feels wholly original.  Yes, the women must fend for themselves, but you have never seen a film that handles this with such care.  Perrault and cinematographer Christophe Duchange create a climax, a dream of a dream of a gunfight loss to the fog of memory.

Though Savage State is not finished with a simple gunfight.  Rather a mystery if you will, a moment of dreamlike reciprocity.  One that will prompt more questions than answers in the way that the best of cinema offers.  Savage State is the real deal.