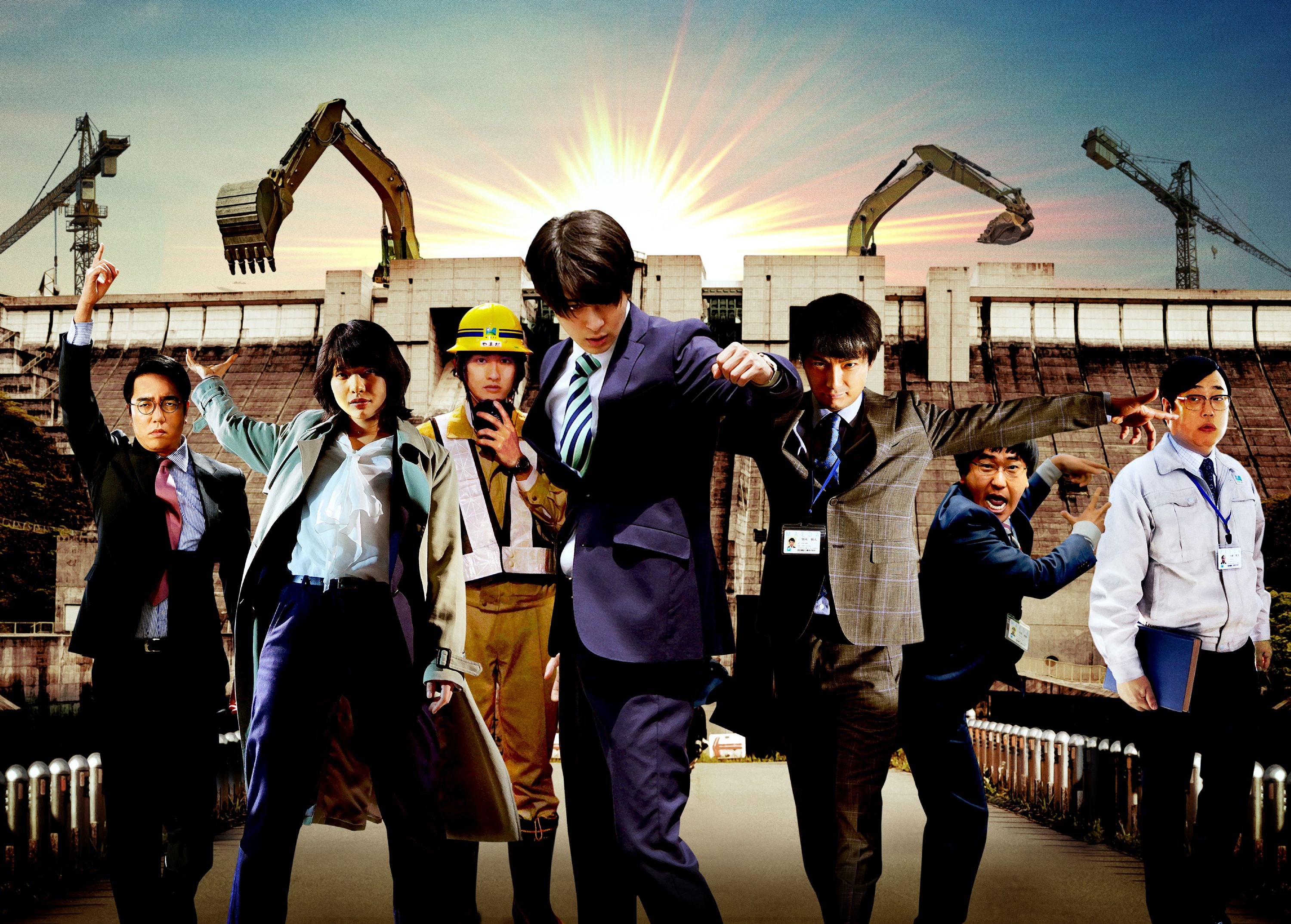 Do not let the long title dissuade you…  Project Dreams: How to Build Mazinger Z’s Hangar is an unexpected workplace comedy that is sure to surprise many.

True Cineastes are always looking for that unicorn. That film that defies your expectations.  Defies the conventions of the genre it is telling its story in. Project Dreams: How to Build Mazinger Z’s Hangar is that film.  A workplace comedy that for the first time in twenty years doesn’t reference either Office Space or The Office.  One that’s comedy doesn’t derive from condescension, one that’s truths lay in finding passion in a job, one that regards skill and intelligence over defiance.

The based-on-a-true-story account of Director of Marketing at the Maeda corporation Asegawa (the brilliant Hiroaki Ogi) who brought his team salarymen (and women) together to create; The Fantasy Construction Department.  Its purpose?  To “construct” the Hangar in which the Robot from Mazinger Z (a very famous Anime for the uninitiated) is housed.  Through this project, and Asegawa’s blinding enthusiasm these teammates band together, learn the value of their work, and most importantly find unexpected self-worth in their work.  Also, build a cool piece of pop culture location.

The plot may seem a bit odd to anyone that does not have an unabating love for the golden era Anime or grew up in a house steeped in Japanese culture.  Though none of that will deter from the enjoyment of this feature.  Project Dreams: How to Build Mazinger Z’s Hangar is a workplace drama that respects its characters, even the ones, that may be ripe for ridicule in other films.

The script by Makoto Ueda finds comedy in the most unexpected of places.  The story never takes cheap shots at characters and the usual sort of cliched set piece.  Project Dreams: How to Build Mazinger Z’s Hangar finds its humor in the unexpected situations these characters find themselves in.

Director Tsutomu Hanabusa’s film revels in the joys of finding that you’re skilled not only at your job but other trades too.  It is almost unheard of in this comedy subgenre that people find joy and excitement in what they do.  We’re conditioned to see a workplace, in comedies, as the coal mines… a place where the spirit goes to die.  In these types of films, it’s the lone rebel who bucks the system that’s truly happy.  That convention is delightfully put on its ear in this film.  Hanabusa’s film revels in contorting that convention showing its character finding joy, elations, and eventually confidence because of the work they’re doing.

In Project Dreams: How to Build Mazinger Z’s Hangar dreams do not die at the workplace but are nurtured and grown.  How radical an idea?  If only more workplaces acted from this sort of sincere and genuine ethos.  I guess we will have to settle for a film that purports these ideals and makes it as charming and whimsical a feature you’ll see this year.