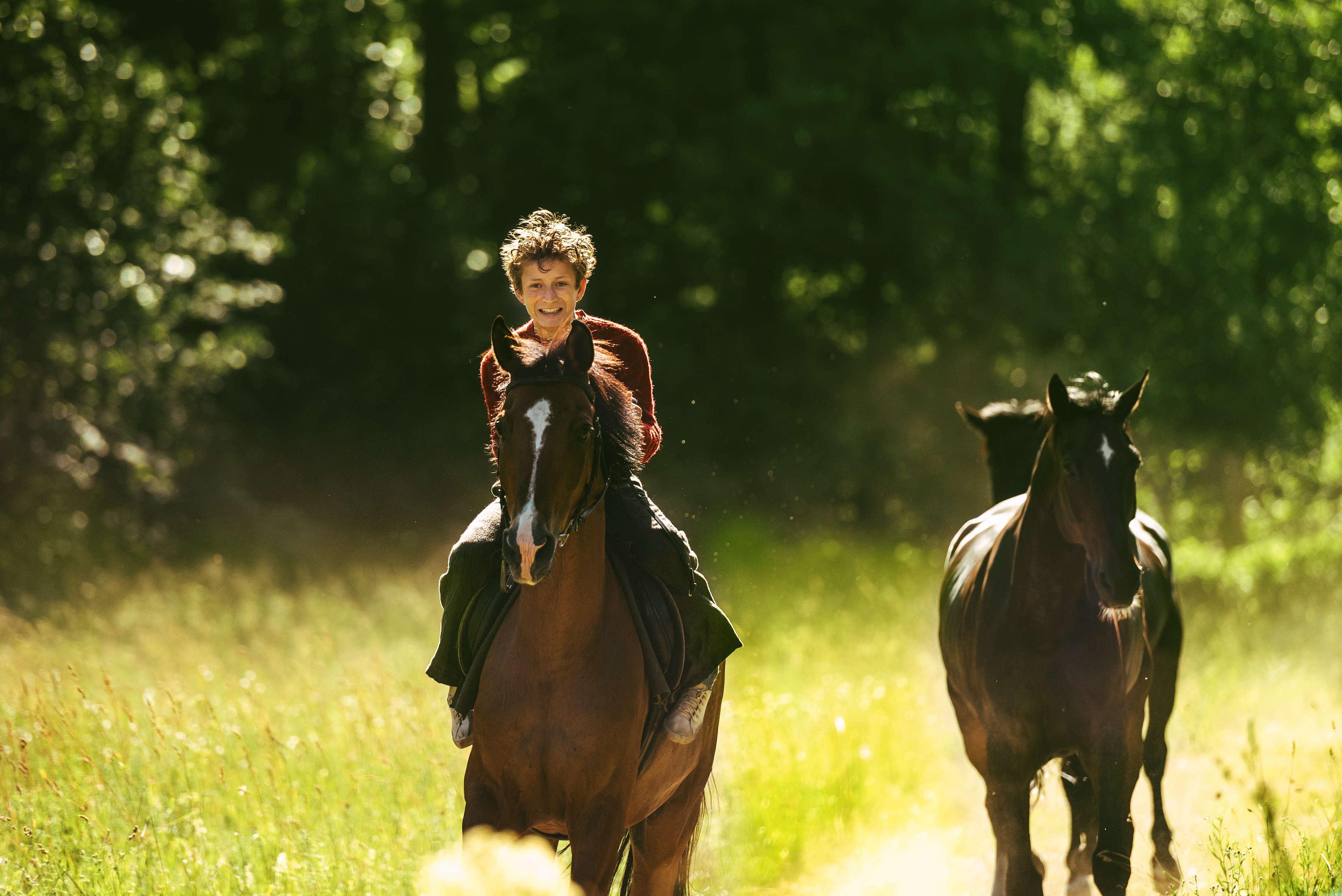 Norwegian director Hans Petter Moland continues his collaboration with the legend that is Stellan Skarsgård in this tender look back at a boy’s coming of age, and learning about what can be (deliberately or otherwise) passed on from father to son.

Like the river that delivers lumber downstream for Trond’s father, Out Stealing Horses (Ut og stjæle hester) is a slow-paced meander through one summer of a young boy’s life. We learn of events that happen, of past relationships and entanglements, and only at the end of the 122-minute run-time do all the strands finally come together to make sense. Yet this is not a crime thriller; it’s a voyage of discovery for the viewer.

An older Trond (Stellan Skarsgård) is about to watch the new millennium dawn alone in his remote, snow-bound home in Norway, when he encounters a neighbour, Lars (Bjørn Floberg), causing him to examine events from the past. In flashback, Trond is 15 years old (played now by newcomer Jon Ranes) and is spending his summer with his father in their remote summer house, while his mother and sister remain at home. The aftermath of tragic events involving a neighbouring family ripple through Trond’s summer and his relationship with his father for decades.

The drip-feed of information to the viewer mirrors the way our long-buried memories work. Snatches of images or of sound, or even a dream, may invoke a reminiscence or a feeling; guilt or bitterness may still be lingering without our knowledge. How the older Trond encounters and accepts his memory of his past is a journey on which the audience accompanies him.

Out Stealing Horses employs a fascinating combination of soundscape and score to raise tension in a location where the elements and nature have a huge influence over daily life. The colour palette is mostly muted – dare I say Scandinavian? – but then so are Trond’s memories (muted, that is).

Skarsgård is, as might be expected, reticent here but not grumpy, and manages the silences really well. His younger self, Jon Ranes, gives a very good performance as the confused and disappointed adolescent; it’s quite amazing that this is his first film role and he surely has a decent career ahead of him.

Norwegian director Moland’s previous film was an English language remake of his own Norwegian film (Cold Pursuit / In Order of Disappearance) and there is a world in which one could see Out Stealing Horses also getting the Hollywood treatment. But this belongs in Scandinavia, with its pine trees, snow, and close borders to other countries, and a peak behind the curtains of the log cabin. As with ordinary life there’s no massive climax, but that doesn’t mean nothing significant happened.

Out Stealing Horses is available in selected cinemas and on demand from August 7th, 2020.