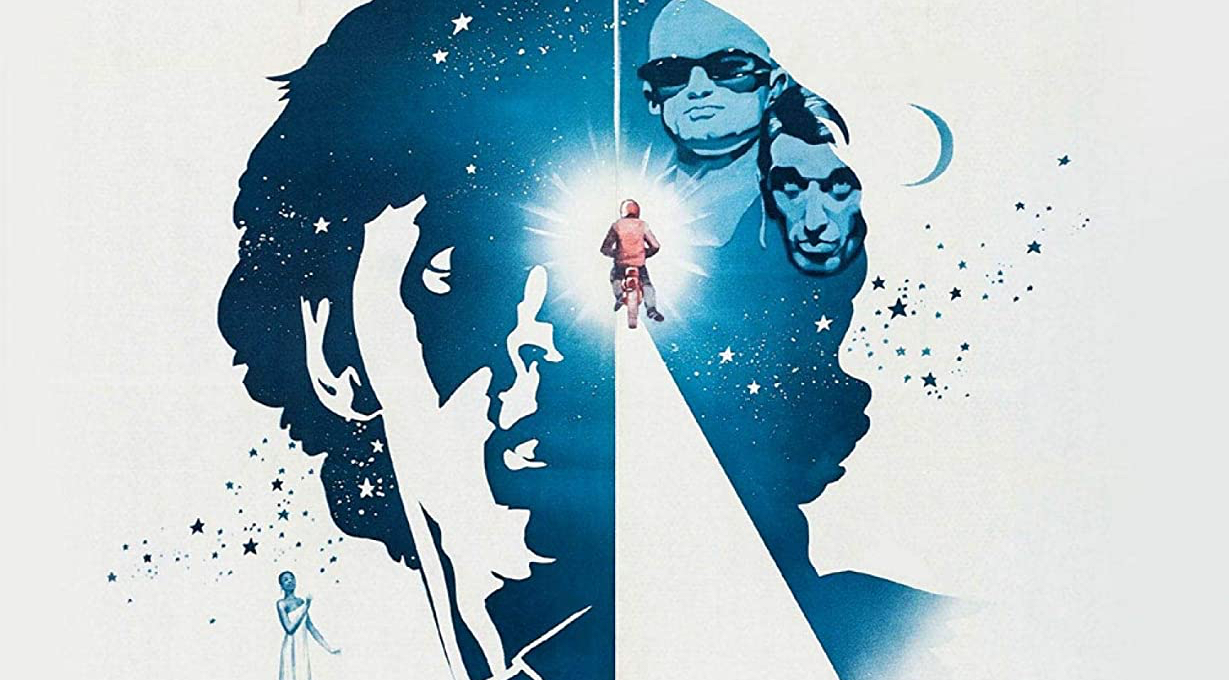 Diva is as stylish a movie as you’ll ever see.  Almost all style.  Almost.  Kino Lorber’s new gorgeous Blu-Ray gives us a wealth of special features in support of it be a substantive piece of art.

Jean-Jacques Beineix’s Diva is as cool as cinema gets.  It’s also highly complicated and full of itself and knows just how good it is.  Basically, one of the most French pieces of Cinema you’ll ever see.

A Postman (Frédéric Andréi) records the performance of an Opera Diva (Wilhelmenia Fernandez).  What begins as a simple act of fandom twists and turns into something dark, violent, and sinister.  Police, Corruption, Prostitutes, Taiwanese Gangster music pirates, and the Diva herself all contribute to the Postman’s adventure that could end with him dying.

Jean-Jacques Beineix’s debut is a fresh and fun as it was when it was released in 1982. Both a thriller and a meditation on art and the artist.  The film toes the line between genre potboiler and expressionistic navel-gazing pompousness.  That isn’t a critique but a compliment as Beineix is able to create a head brew out of disparate pieces that oftentimes are juxtaposed for effect.  One only needs to see the arcade chase followed by the almost dreamlike chase of the Postman by Le Curé (the amazing Dominique Pinon) as he is in a phonebooth being told almost dreamlike prose by the young Alba (Thuy An Luu).  The director as with everything is commenting on both the genre he is taking on and art and artist itself.

Diva finds the perfect mixture of both genre and art.  The result is a masterwork that even Beineix’s later work (including Betty Blue) could never eclipse.

Cinematographer Philippe Rousselot’s wonderful photography is transferred beautifully to Blu-Ray.  The film shot in shade of blues is perfectly rendered here. Grain structure, contrast, and sharpness are all balanced here for an image that’s very pleasing to the eye.

The newly recorded audio commentary by Critic Simon Abrams is heady, intelligent and fast paced.  Abrams moves quickly through his decertation, and it is a true decertation on the film, Beinex, the Novel its based off, the production, it’s initial small release, it’s cult status, its relationship between Opera and film, it’s aesthetic, his part of the cinema-du-look movement (which Luc Besson, and Leos Carax are a part of) and quotes from the likes of critics WM Higgin and Pauline Kael. It’s a great truly educational commentary track.

The Scene Specific Commentary by Beineix has two options; to be played scene by scene or a “play all” feature.  Running 41-minutes in total.  Rather than have subtitles they have Beineix translated from his original commentary track.  Beineix does a great job of discussing his philosophical and artistic/thematic point of view.  Note that the image is taken from an SD source (possibly the European DVD release)

An Introduction to Searching for Diva is a 6-minute featurette with Phil Powrie and Eric Grinda as they discuss the interviews that are held within the film.  This does a great job of prepping you for all of the interviews.

Vladimir Cosma is an 11-minute archival interview with the composer.  The composer discusses the minimalist approach to the music, what Beineix wanted and how he wasn’t sure of it, how the unique but very modern sound of specific compositions were created.  The interview is not subtitled but rather voiceover narrated by someone.

Dominique Besnehard is a 7-minute archival interview with the casting director.  Besnehard discusses how he collaborated with Beineix on not only casting but helping get Rousselot, the lower budget nature of the production, how he cast the Diva, and much more.  The interview is not subtitled but rather voiceover narrated by someone.

Frédéric Andréi is a 6-minute archival interview with the star of Diva.  The actor who plays the Postman discusses how original, wonderful, and strange it was at the time making this film.  The interview is not subtitled but rather voiceover narrated by someone.

Anny Romand and Dominique Pinon is a 12-minute archival interview with the the Cop and the Villains “le Cure” of Diva.  Pinon discusses the origins of the iconic villain, and his first role.  Romand discusses her casting and her part as one of the detectives chasing the Postman.  Both speak English for the interview.

Richard Bohringer is a 7-minute archival interview with the Diva co-star.  The actor who plays the Gorodish discusses the infamous baguette scene, his working relationship with Beineix, the tensions between the director and producers and more. The interview is not subtitled but rather voiceover narrated by someone.

HOLDING GROUND is the first of two interviews with Director Jean-Jacques Beineix.  This one running 11-minutes.  Beineix discusses the context of making of the film, his theories on filmmaking, where everything came from, the initial failure in France and its resurgence, his disdain for “sellability to America”, the formation of cinema-du-look, the difference between the novel and the film, and more.  Beineix speaks English for the interview.

IN THE CAFÉ is the second of two interviews with Director Jean-Jacques Beineix. This one running 8-minutes. The interview picks up right where they left off discussing specifics of the film with the use of the Rolls Royce, the duality throughout the film, his use of color (using painting as a metaphor), and much more. Beineix speaks English for the interview.

Philippe Rousselot is a 6-minute archival interview with the Cinematographer.  Rousselot discusses how young he was when he made the film, breaking the rule, and playfulness of the film in his view, how he approached the visuals using blues rather than monochromatic which Beineix wanted, some fun DIY approaches on how the look was achieved, and more. Rousselot speaks English for the interview.

Rounding out the special features is the Trailer for Diva (2:52).