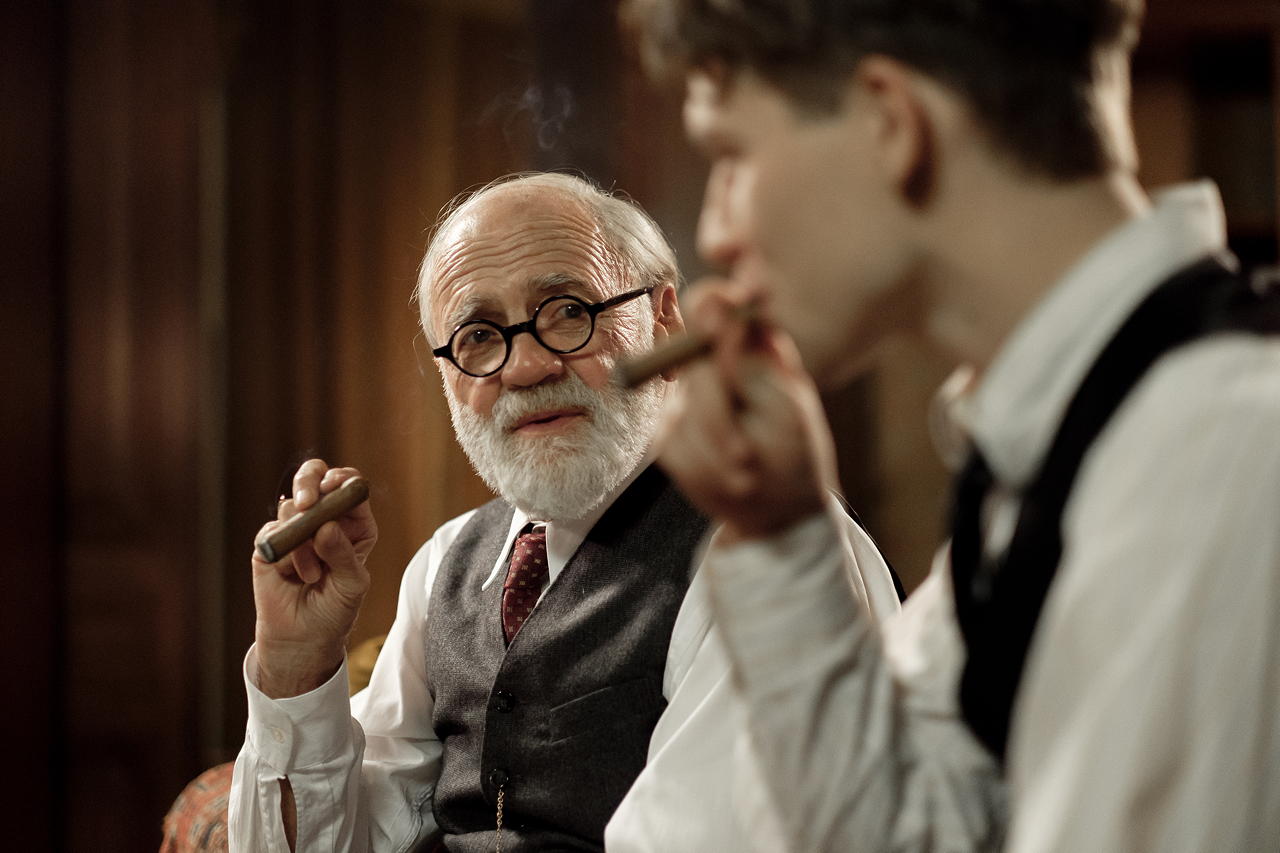 First love and a friendship with Sigmund Freud feature in a pre-war Vienna, where the creeping presence of National Socialism changes a seventeen-year-old’s life for good. Featuring one of Bruno Ganz’s final performances, The Tobacconist is screening via Kino Lorber’s Kino Marquee virtual cinema initiative.

Based on the novel of the same name by Robert Seethaler, The Tobacconist (Der Trafikant) is a coming of age story set in Vienna on the eve of Austria’s annexation by Nazi Germany in the late 1930s. It’s a film which views first love, growing up, and the rise of the Nazi ideals through the eyes of Franz (Simon Morzé), a seventeen-year-old sent to Vienna from his village home to become apprentice to Otto (Johannes Krisch), owner of a tobacco shop and former lover of Franz’s mother.

Ganz, in one of his final roles before his death in 2019, portrays a gentle, almost resigned Freud; in the late 1930s his practice is well-established, and his main concern is making the decision to leave Vienna for London to escape the ever-increasing threat to the Jewish community. What he passes on to the young Franz is not an analysis of his strange, water-filled dreams which puzzlingly punctuate the narrative, but simply the wisdom of an older man with experience of life.

What I like most about The Tobacconist – and what is perhaps the most resonantly chilling aspect – is the way the creeping, almost invisible rise of right-wing thought and antisemitism is presented. Starting with casual comments and dirty looks from the butcher next door, it is almost imperceptible at first. Then people start to disappear, the atmosphere feels different, until one morning we turn up for work to see swastika banners hanging outside the door and wonder how we got here.

Franz is so caught up in his own little bubble of romantic relationships that the bigger picture is passing him by – until the moment when, instead of just imagining standing up to the bullies with his flights of fancy, he decides to take a real stand which has real consequences.

While The Tobacconist seems to have a few strands which aren’t quite resolved effectively, nevertheless it’s an enjoyable watch and captures some of the historical aspects very cleverly.

The Tobacconist opens in virtual cinemas via Kino Marquee across the US starting on July 10.