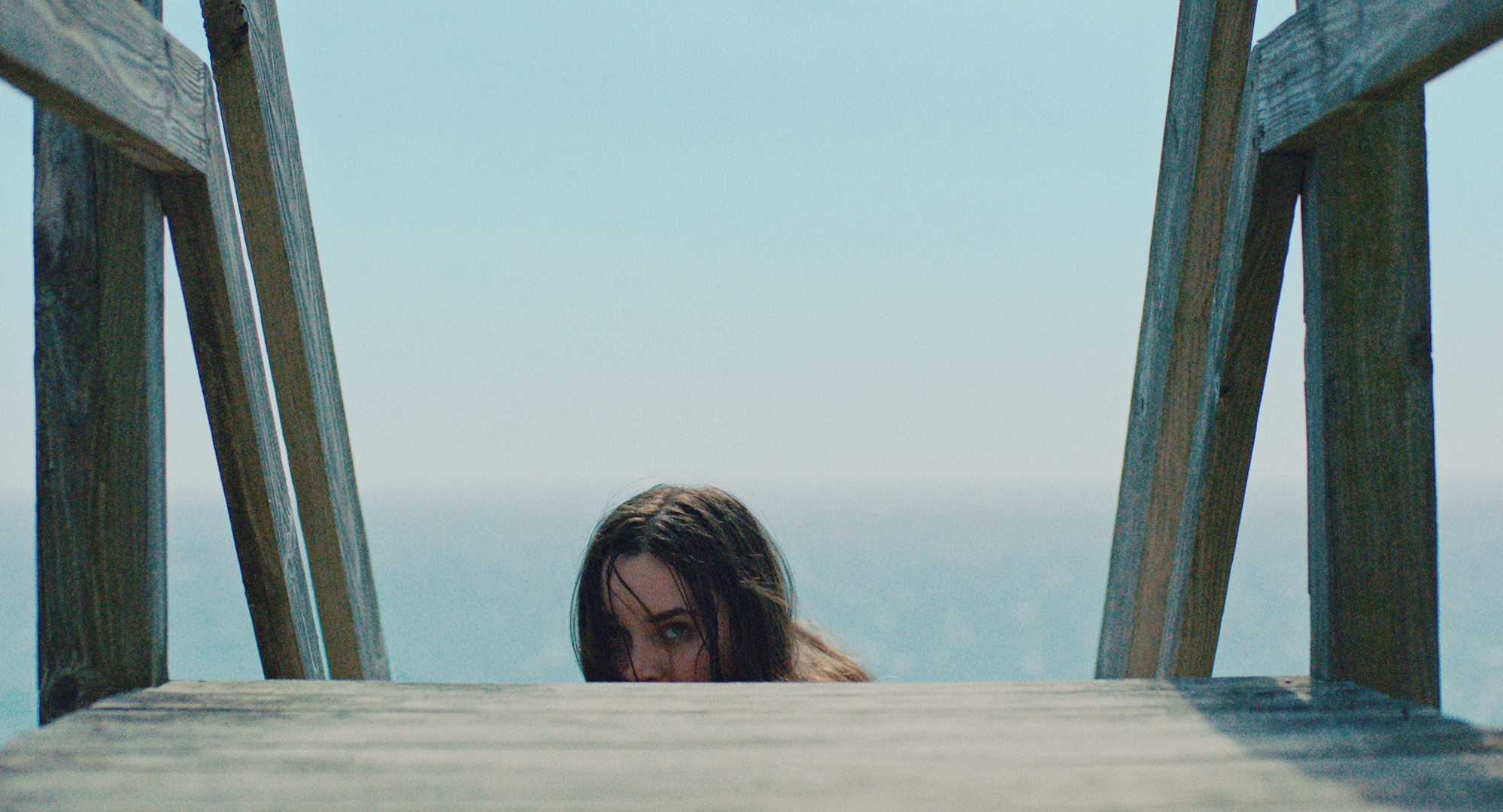 Jeffery A. Brown’s The Beach House is a special horror film in our COVID-Era that horror fans will reveal in.

Regardless of our current COVID-era Writer/Director Jeffery A. Brown’s The Beach House is a piece of contained viral horror that will make you think twice about going to the beach. A bit of zeitgeist in our shelter-in-place times.  This is no mere flash-in-the-pants quickly made film.  This is artfully designed and executed piece of filmmaking that gets under your skin and stays there well after the closing credits.

A young couple on the mend, Emily (Liana Liberato) and Randall (Noah Le Gros), go up to Randall’s parents deserted beach house in the off-season. They quickly realize that they are not alone.  Randall’s family friends Mitch (Jake Webber) and Jane (Maryann Nagal) are also staying in the beach house.  After a good meal and some better edibles events quickly begin to go south with signs of nature turning on not only them but the world around them. What appears to be a virus infecting the couples is much worse and as they begin to realize it may be too late.

Your enjoyment of The Beach House will rely on how you take your horror.  Are you the type of person that loves a slow burn that turns and twists the tension to an untenable point?  If so, then you are in for a treat.  Many that prefer the hack and slash jump-scare-a-minute style of horror should look for an alternative as the methodical and oppressive nature of the film will only frustrate them.

The Beach House is the kind of intelligent horror film that we are seeing more and more from Streaming Services like Shudder (who is handling the release of the film).  A film that values characters over scares and true existential dread over cheap thrills.  The result is a film that is more dramatically satisfying than your average horror film.  Something that seeps into your soul and festers long after the final haunting shot.

The Beach House is streaming on Shudder beginning July 9th