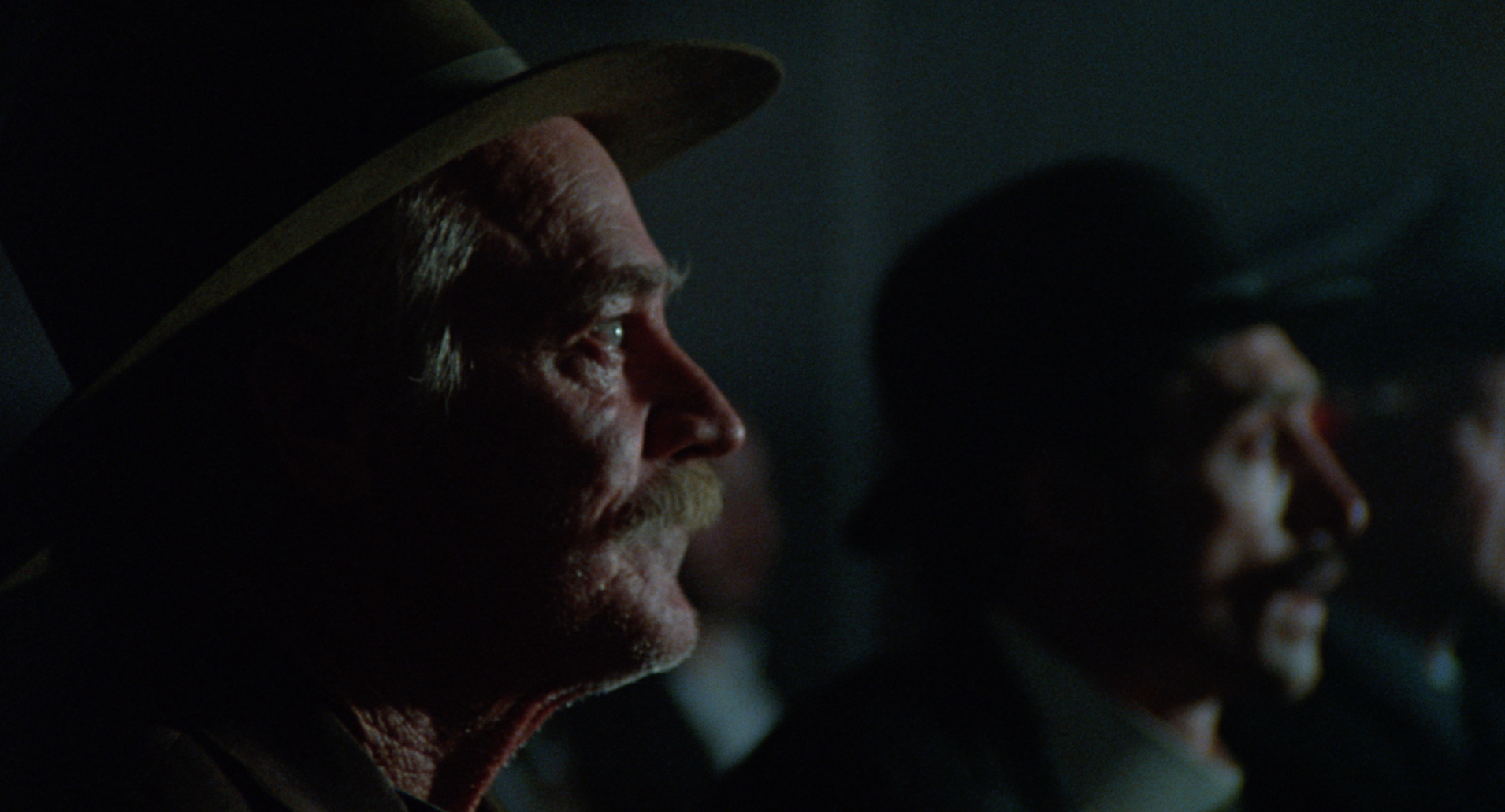 Adam is entranced by the beauty of Kino Lorber’s release (via Kino Marquee) of the 4K Restoration of The Grey Fox starring Richard Farnsworth.

Director Phillip Borsos and writer John Hunter with The Grey Fox give Richard Farnsworth one of his greatest (and most underseen) roles as Bill Miner aka The Gentleman Bandit.  Farnsworth is both laconic and iconic a recently released Stagecoach robber.  One that time, technology, and society has passed by.  The Grey Fox, recently restored beautifully in 4K by Kino Lorber (personally color graded by the Film’s Producer Peter O’Brien), uses Farnworth weathered visage and stark blue eyes to startling effect, making the actor both a romantic and action lead.

Miner (Farnsworth) quickly realizes that society has no place for him both as a bandit and as a citizen.  At every turn he is rejected either by suspecting family (a brother-in-law who doesn’t think he can change), a police force, and others who only want him back into a life of crime.  Farnsworth is electric in these opening moments, showing us a man who is both at ease and ill-forming of everything around him.  There is a frailness to the performance as Miner is released into the world.

The frailty soon goes away as Miner finds his footing, away from Oregon where a boched train robbery leaves him without any place to turn.  As Miner moves to Canada, everything in Farnsworth’s performance changes.  The character having found a place out of time.  Canada of 1908 still seems to be the frontier west of the 1880s that Miner made his way during.

That confidence leads to Miner finding an unexpected romance in Kate (Jackie Burroughs in a stunningly modern performance many will find a kinship with). The late life romance is the heart and warm soul of the film with Farnsworth delightfully charming as he courts Burroughs character.  Often times we see these sorts of romances given to cliché but The Grey Fox finds a simple and unadorned way to mix humor, heart and verisimilitude that gives more gravitas than any film of recent memory.

Part of the magic comes from the performances.  Farnsworth and Burroughs had a lifetime work before this film made them leads.  Farnsworth a stunt performer most of his life.  Burroughs a life on stage and smaller supporting roles.  The two as they dance, metaphorically, through their romance understand both on-screen and off-screen the moment they have.  They return this chance with an amazing set of performances and chemistry that brings the film to life.

That romance becomes the foundation for the final third of the film as Bill is forced into the proverbial last job as law enforcement has caught up to him.  The way everything unfolds like everything else in the film is unexpected.  By its end credits The Grey Fox will have warmed your heart and put a smile on your face.  Something rarer and rarer these days in cinema.

The Grey Fox is opening May 29th via Kino Marquee virtual theaters. Check their website to support your local theater virtually playing the film.