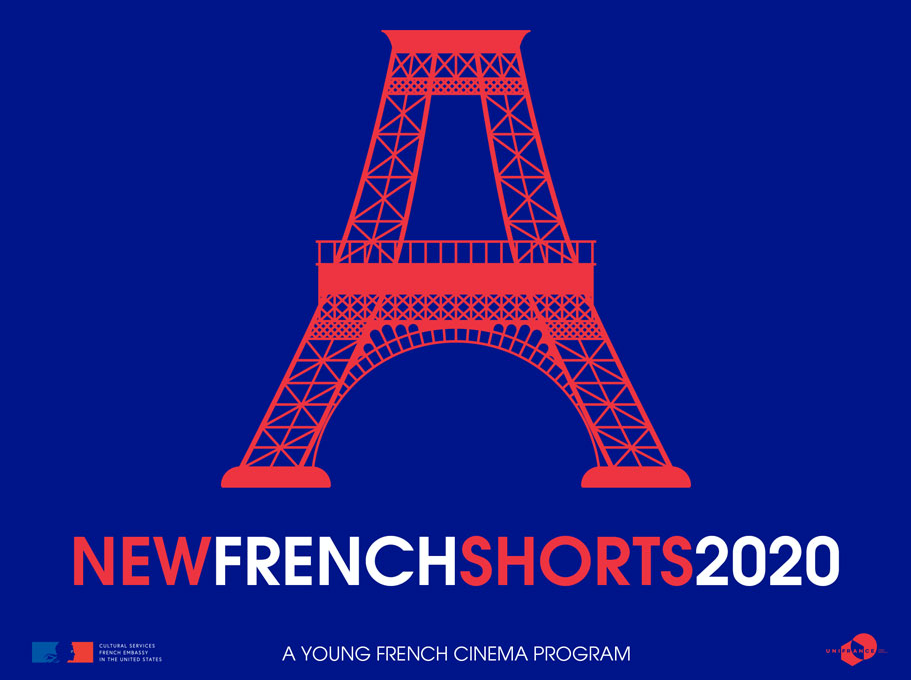 For lockdown cinephiles tired of making their own viewing choices, why not try a lucky dip of shorts in this showcase of new cinematic voices from France, including award winners from Cannes, Locarno, and Palm Springs ShortFest?

Young French Cinema, a joint program from UniFrance and the Cultural Services of the French Embassy, has come up with something slightly different for Kino Marquee’s latest cinema-at-home offer – a collection of 7 shorts (the longest is 30 minutes) from new French directors.

If you haven’t come across it before, Kino Marquee creates ‘virtual cinemas’ in these lockdown times – by purchasing a ticket to watch online, the viewer supports their local art-house cinema as some of the revenue is diverted directly to them.

This collection of shorts offers a variety of themes – all narrative rather than documentary – with just one animation (Sheep, Wolf, and a Cup of Tea, directed by Marion Lacourt), one of the shorter inclusions. It’s a dialogue-free surreal tapestry of a young child preparing to enter dreamland while other family members also perform their night time ablutions.

The shortest of the seven, The Distance Between Us and the Sky (dir Vasilis Kekatos) is actually in Greek and by a Greek director, so its inclusion in a collection of work by new French directors may seem a little strange – but this short walked away with both the Palme d’Or for Short Film and the Queer Palm Best Short Film award at the Cannes Film Festival 2019, which perhaps merits its presence after all.

The Tears Thing is directed by Clémence Poésy, whose name may be familiar as she is an established actress in both film and TV productions. As she begins to spread her wings into directing, she’s chosen to follow the emotional ups and downs of an actress as she comes across a figure from her past as she’s preparing for her latest role.

Marine Levéel’s Magnetic Harvest nods in a much more upbeat and Gallic fashion towards Francis Lee’s God’s Own Country, and in The Glorious Acceptance Speech of Nicolas Chauvin, director Benjamin Crotty literally brings a Wikipedia entry to life as a Napoleonic soldier explains his upbringing and war exploits to a theatre audience.

Both Ahmed’s Song (dir Foued Mansour) and Tuesday from 8 to 6 (dir Cecilia de Arce) share an image of urban contemporary France that also includes a more ethnically diverse selection of characters, and both focus on interactions between troubled young men and the people who try to help them. For all the frustration and sadness that they invoke, they also carry a tiny glimmer of optimism that, if people do genuinely try to show some care for one another, hope for society is not lost.

New French Shorts 2020 opened in a number of virtual cinemas across the United States on May 15, and continues to roll out over the coming weeks. See the Kino Marquee website for details.