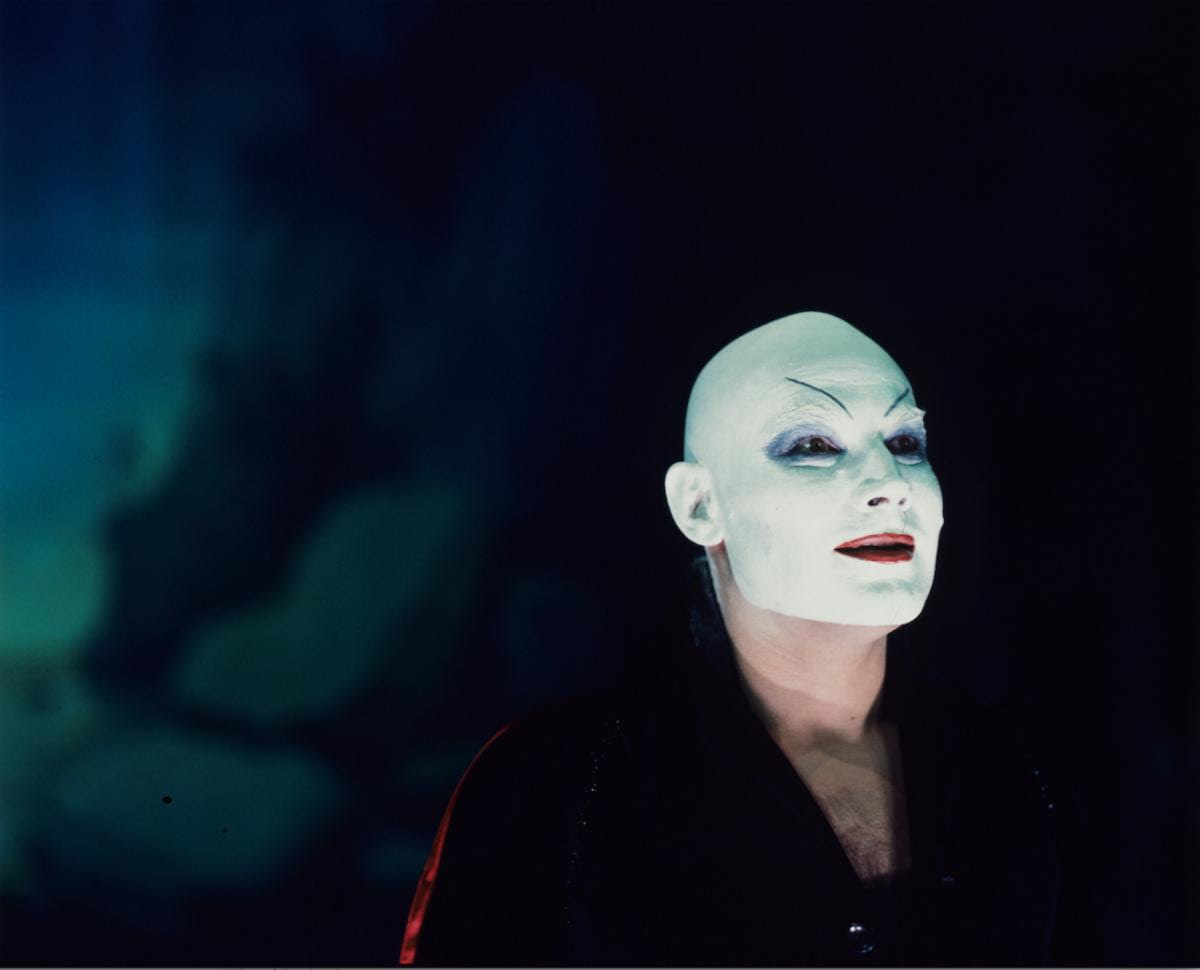 Presented by Kino Lorber under the Kino Marquee umbrella, 1981 Best Foreign Language Academy Award winner Mephisto is now available for streaming. Featuring surely one of the greatest film performances of all time, it should not be missed!

As the National Socialist Party begins its ascent to power in the 1930s, Hendrik Höfgen (Klaus Maria Brandauer) is a left-wing actor, the biggest fish in his small pond in Hamburg, whose performance as Mephisto brings him to the attention of the theatre glitterati in Berlin. Climbing his way to the top of the tree in the capital, he has decisions to make about how much he is prepared to compromise his principles – and work with the powers that be – in order to achieve success.

Of course the Faust connection is immediately obvious – a man of ambition surrenders his morals for success, urged on by the devil’s agent Mephistopheles. But whereas Höfgen embodies the satanic go-between on stage to rave reviews, in reality he is Faust, succumbing to the incitement and flattery of those in power, the puppet giving voice to their message. Höfgen may try to convince himself that he is only an actor (“I was only carrying out orders”), too small to really matter, or that ‘Hendrik Höfgen’ is just another mask that he wears, putting in the required performance while still harbouring his left-wing views, but when he delivers a speech on German culture with the red and black symbol of Nazism behind him, he’s as much a part of the system as any of them.

From the first moment he’s on screen, Klaus Maria Brandauer as Höfgen seizes his moment. He’s louche, charming, principled, conflicted. He moves across the screen with the ease of a man who believes that he belongs among the upper echelons of society, but who in private moments doubts his own actions and acting skills. It is one of those all-time memorable performances that should absolutely be experienced.

Director István Szabó has some masterful touches when it comes to following Höfgen’s acceptance of the pact. There’s a clever camera angle during a drinks gathering giving the impression that our protagonist is wearing a Party uniform. An address seemingly direct to camera while he weighs up the offer in front of him – what should he do? (What would you do?) A chilling flashbulb as he signs away his conscience. A stairway descending into the Paris Metro – or is it into hell?

There is a scene clearly referencing (perhaps even rehearsing) Leni Riefenstahl’s Triumph of the Will, and a reinterpretation of Hamlet (the play in which acting and playing a role are key to the main character’s actions) specifically to suit Nazi sensibilities. And among all of this, Höfgen’s metamorphosis is both a forgone conclusion – the gentleman doth protest too much, methinks – and something utterly avoidable. Which is his true horror.

This original 4K restoration of Mephisto is available at Laemmle’s Virtual Theater.