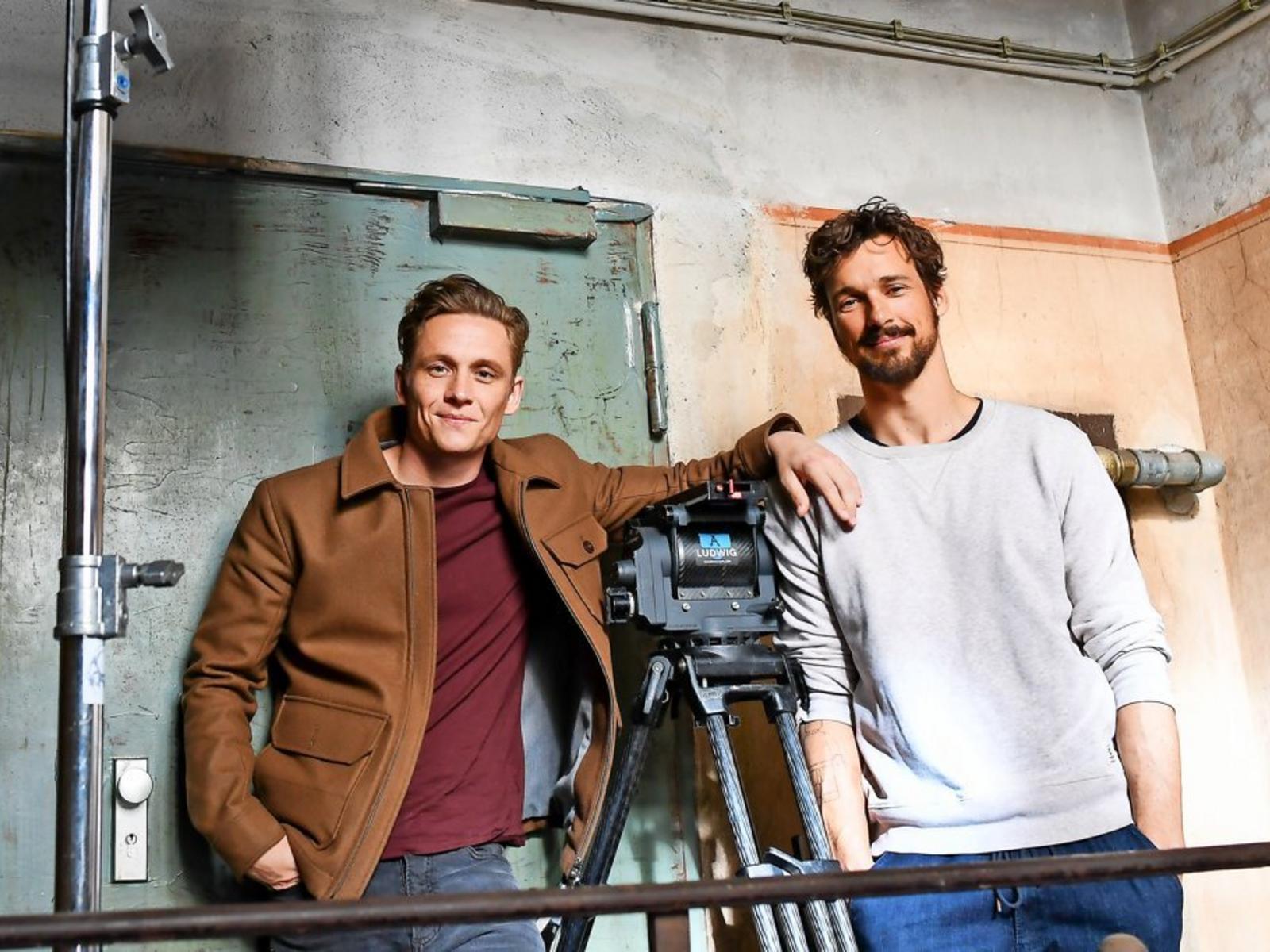 Although written by, directed by and starring Florian David Fitz, 100 Things – which played as part of the Das Kino strand at Manchester Film Festival – is a snappy two-hander between Fitz and fellow actor Matthias Schweighöfer

The pair play buddies who run their own tech start-up, but couldn’t be more different. One’s the creative genius, the other is the business brain. After a drunken night celebrating a successful pitch, the pair wake up to find they have committed to a bet – all their worldly possessions have been taken away from them, and they are allowed to retrieve one item per day for the next 100 days.

100 Things certainly makes you think about what’s important, both materially and also personally, and I wanted to ask the two if any particular event had happened to trigger the idea?

Fitz began: “I noticed early on that everything we own eats away at our attention. In the beginning I thought it was great to own something for yourself and when I paid for my first apartment as a small-time actor, it was the greatest feeling for me to know that this is mine now. Today I see that differently. I was inspired to make the film after watching the Finnish documentary My Stuff. The more I thought about it, the more I realised how strongly we are subjected to the logic of capitalism.  We believe that in order to be happy, we have to buy more and more but if that worked, we would all be happy and would not need to buy anything anymore. That is a contradiction that I find interesting.”

The on-screen relationship between the two is great fun to watch, as if they’ve truly known each other for years. Schweighöfer says “I believe we’ve known each other since like 2001, when we were both nominated for an award in Munich.”

“We are work friends but also try to meet up outside of work” added Fitz. “We do get along very well. There are not a lot of people that can be tough as well as humorous, but Matthias is both and that’s what makes him so fun to hang out with.”

The characters Toni and Paul are similar in many ways, but still have their differences. Are the two men in any way like their characters?

Schweighöfer admits: “I definitely realised that I am very materialistic, which I had never really thought of before!” Fitz has a more general response. “I think that we all are like Toni and Paul in a way, because we are all consumers and we all have our favourite brands and so on, that this film really makes you think about how much you consume.”

To finish, I couldn’t resist asking them both what one thing the other couldn’t do without.

“For Matthias it would definitely be his car. He loves his car, and for him that’s freedom.” “Flo definitely couldn’t live without his mattress.” “Yes, but also my close friends. They are important to me and I could never live without them.”

The two definitely have plans to work together in the future, and German comedy fans will surely be looking forward to their next collaboration