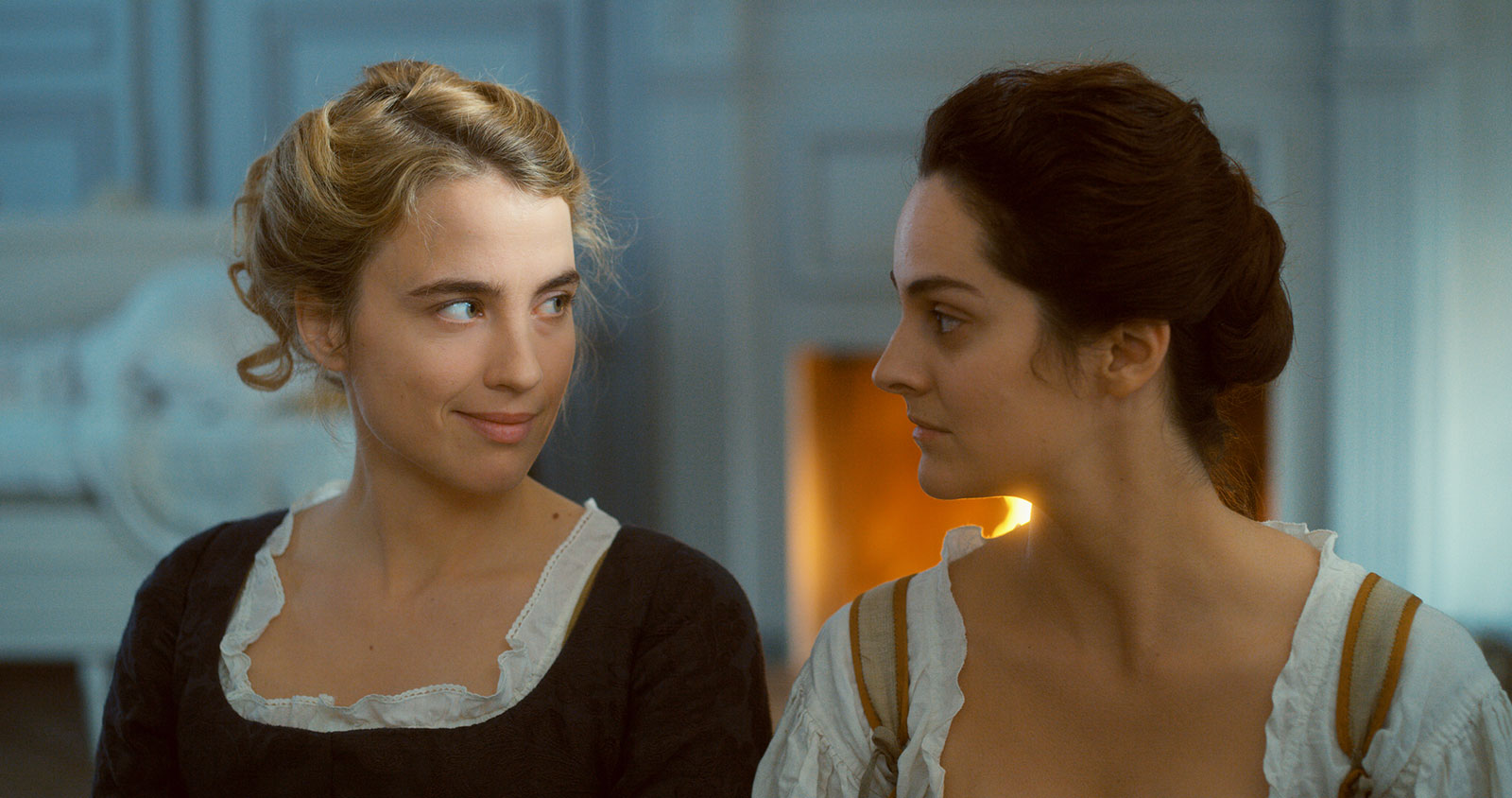 Mysteriously ignored by The Academy for Oscar nominations, writer and director Céline Sciamma’s Portrait of a Lady on Fire won the Best Screenplay Award at the Cannes Film Festival last year, and has been widely praised wherever it has screened.

On a windswept island in late 18th century France, Marianne (Noémie Merlant) arrives to undertake her commission to secretly paint the wedding portrait of Héloïse (Adèle Haenel). Héloïse, however, has been brought back from convent life to be married, against her will. As the two women become more acquainted with each other, attraction grows between them as they navigate their feelings.

It’s easy to understand why Portrait of a Lady on Fire is so highly acclaimed. Firstly, it looks absolutely stunning. Every frame looks as though it could have been taken directly from a painting; the composition of the shots is exquisite. The colour choices for the clothing and room decoration are simple yet decisive (with the clothing in fact sharing the same palette as that in Beanpole, a Russian film also about the relationship between two women) and the use of natural light, both outdoor and candlelight, only adds to the painterly feel.

Then there’s the music – or rather, the absence of it. Sciamma is not afraid of silence when it is required. In fact, its absence in dialogue-free scenes forces the viewer to focus on the faces and emotional responses of the two women. Make no mistake, it is not necessary to have music to explain how an audience should be feeling. Merlant and Haenel are more than capable of doing that with just a gesture. Only at two points is any extended piece of music heard, and on both occasions the impact is intense. The final scene is devastating in its emotional impact.

Sciamma’s screenplay is also a thing of beauty. With long, silent moments on screen, the actor’s faces do all of the work. Then come scenes of deep conversation on topics such as female freedom to choose, marriage, love, duty. It’s never preachy, it’s not melancholy; it’s a genuine exploration between Marianne and Héloïse of the way their lives have been so far, and how they see their futures mapped out. The two central performances are crucial, and are pitch perfect. Watching these two characters fall in love with each other is never intrusive and is a joy to behold, without being at all frivolous.

It’s intriguing too to see the artwork taking shape on the canvas or paper. How many times have we watched from the back of the easel, only to have the artist reveal their completed work with a flourish? Yet here we’re allowed to see the painting taking shape. The trial and error, the corrections, the re-working, until Marianne is finally happy with her portrait. We’re getting to know Héloïse in the same way and at the same time as Marianne, until we’re in love with them both too.

While awards season is generally little more than a frock-fest, we’ve seen only this week with Parasite how a little more attention brought to films that may not normally be widely seen can highlight such films to audiences who would enjoy them – if they only knew they were there. In this vein it’s a scandal that Sciamma’s film has been so savagely under-recognised.

Portrait of a Lady on Fire is beautiful, touching and real, and deserves to be seen. Go get your ticket now!