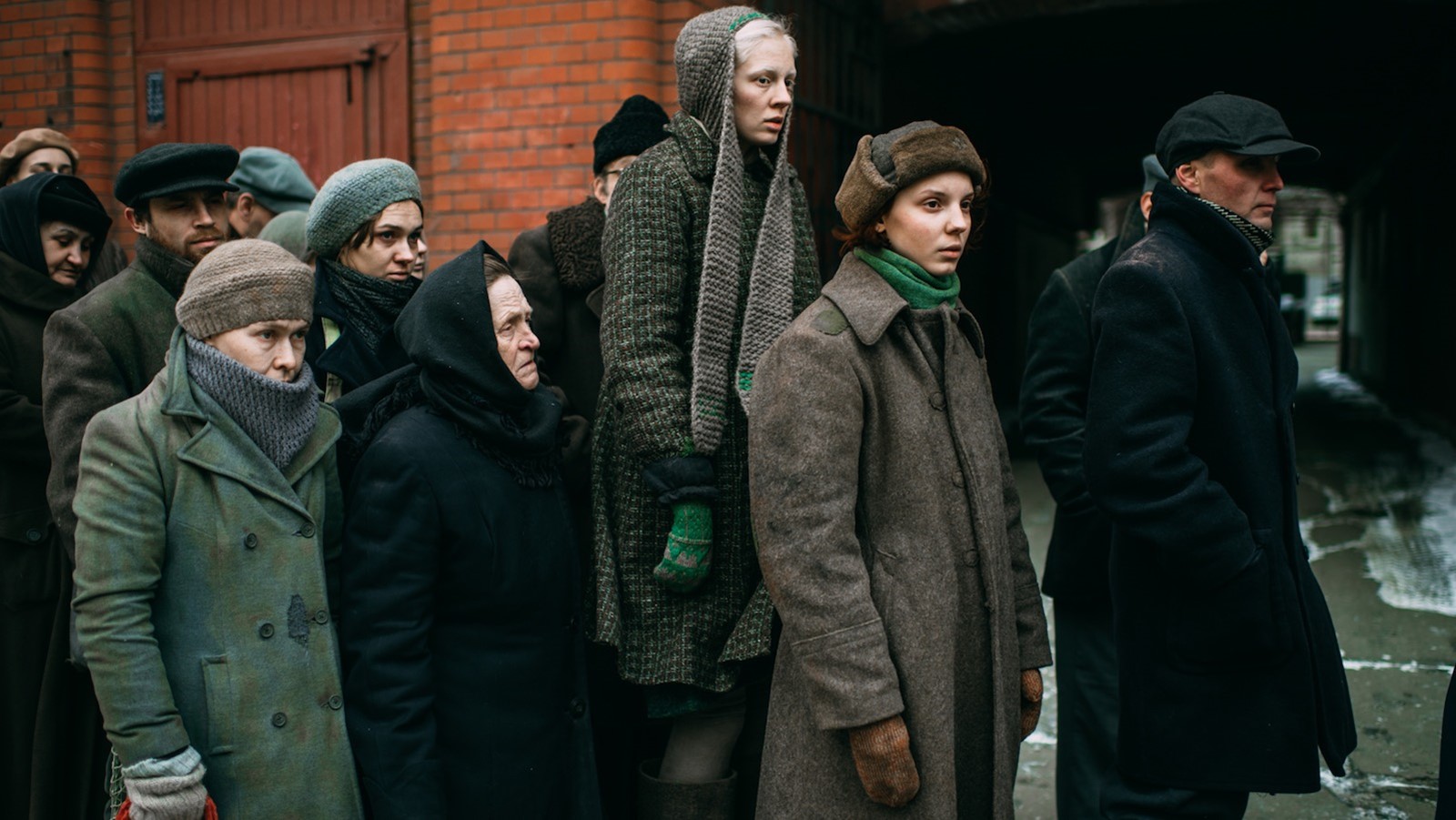 “Where would he have seen a dog? They’ve all been eaten.” Leningrad in 1945 is not an easy place to survive, and for two friends dealing with post-war trauma, one unthinkable event changes their lives.

A quick online search for images of ‘post-war’ will invariably turn up jubilant crowds in Trafalgar Square, soldiers kissing nurses in New York City, or perhaps Trümmerfrauen – the women of Germany who stoically moved the rubble from the streets to build a new and economically successful future for their descendants and the country.

Beanpole, which earned Russian director Kantemir Balagov the 2019 Cannes Film Festival’s Un Certain Regard Best Director prize, shows something very, very different. The lasting emotional as well as physical scars of war in 1945’s Leningrad, and the impact they have on the lives of two women, are in sharp, beautifully-shot focus.

The beanpole of the title is Iya (newcomer Viktoria Miroshnichenko), an uncommonly tall, willowy young woman who assists wounded soldiers in a hospital, having been invalided out of the military herself. At home, she looks after her small son Pashka. Occasionally, and unexpectedly, Iya freezes on the spot making strange noises, a result of a head injury sustained when she was fighting in the war. Her friend Masha (Vasilisa Parelygina, also in her first film role) returns from the front clearly (to the viewer at least) traumatised by what she has experienced, and she too begins assisting in the hospital. Clinging to life while being surrounded by death, disability and starvation is her motivation. And then, among the absence of food and almost impossible living conditions, a shocking incident takes place which compels the friends to reassess their relationship while fighting for survival.

More than ably supported by the male cast members, the two women at the centre are mesmerising in their roles. Using a palette of strong green for costume and set decorating together with splashes of red, the incredibly vivid images come to life at the hands of Balagov while the reality of living conditions and PTSD are almost unbearable.

Beanpole feels gentle yet is brutal; it looks beautiful yet depicts savagery; it’s fascinating and yet basic on a very human level. Highly recommended.

Beanpole played at the 2020 Palm Springs International Film Festival, and opens in NY on 29 January and in LA on 14 February.