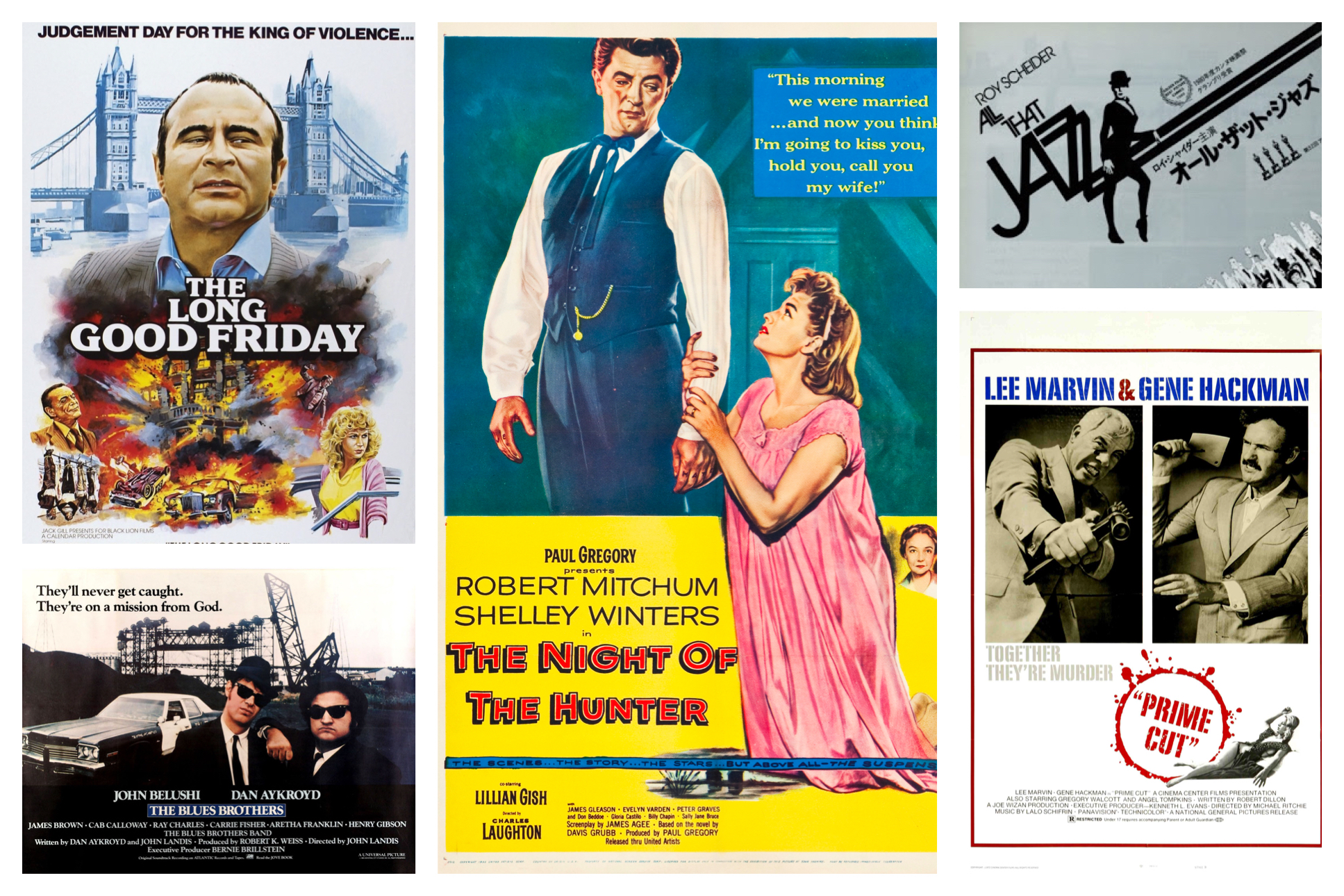 Prime Cut is unlike most other crime films to come out of the 1970s.  It’s a slightly off-center film about a mob enforcer sent from Chicago to Kansas City to settle up a debt.  Lee Marvin is perfectly cast as the anti-hero enforcer but it’s Gene Hackman who’s the real stand out.  He’s astounding as the violent, tough- as-nails cattle rancher at odds with Lee Marvin’s character.  The film also introduces Sissy Spacek as a sex slave.  Yes, you read that right, Spacek as a sex slave.  Prime Cut is B-movie, exploitation cinema at its best that’s sprinkled with a dash of social commentary subtext.  If any of this sounds interesting, I’d like to mention the film features a combine harvester chase scene which gets my nomination for most ridiculous, but amazing, chase sequence of the 1970s.

After reading Nick de Semlyen’s Wild and Crazy Guys (about the comedy geniuses that came out of the 80s) I had to remedy this John Landis blind spot.  The film was a 1980 musical comedy, The Blues Brothers.  A film that I cannot believe I haven’t already seen.  It’s the type of film that just wouldn’t get made today.  It’s a comedy that plays as an action film and a musical as well.  It features insane practical car chases, two frenetic lead performances and musical numbers with numerous cameos from blues legends like Ray Charles and John Lee Hooker.  The brain child of Dan Akroyd and John Belushi, The Blues Brothers is a 80s comedy classic that only gets better on a rewatch.

What’s it like to give everything for your art?  Bob Fosse explores this question in his semi-autobiographical tale of a playwright and director.  Joe Gideon, played remarkably by Roy Scheider, is a man so obsessed with his craft and his vices that he has no problem skirting the line between life and death.  The film sways between days spent honing his latest show and editing his latest film intercut with dreamlike sequences depicting his childhood and conscience.  It’s a fascinating rumination on the pressure an artist feels when he’s producing a piece of art.  Bob Fosse is a mad genius and directs All That Jazz with style and a kind of frenetic energy that’s in touch with his lead character.  Hard to believe Fosse basically predicted his own death, I guess sometimes art comes before life.

One of the most fascinating things to consider when evaluating a film from the past is how it was received by the audiences and critical establishment of the time.  For The Night of the Hunter, the reception was mostly negative.  It’s unfortunate because visionary director Charles Laughton never directed another film.  In The Night of the Hunter, Laughton creates a noir nightmare filled with shadows, strange lighting, surreal sets and a dark mood.  It’s one of the most terrifying films of the 1950s and that’s due in part to the pitch black performance from Robert Mitchum. He’s sinister but friendly and that’s what makes him so foreboding.  A film about childhood and the dangers of the stranger with a past, The Night of the Hunter is a chilling tale that should have garnered Laughton a long career in Hollywood.