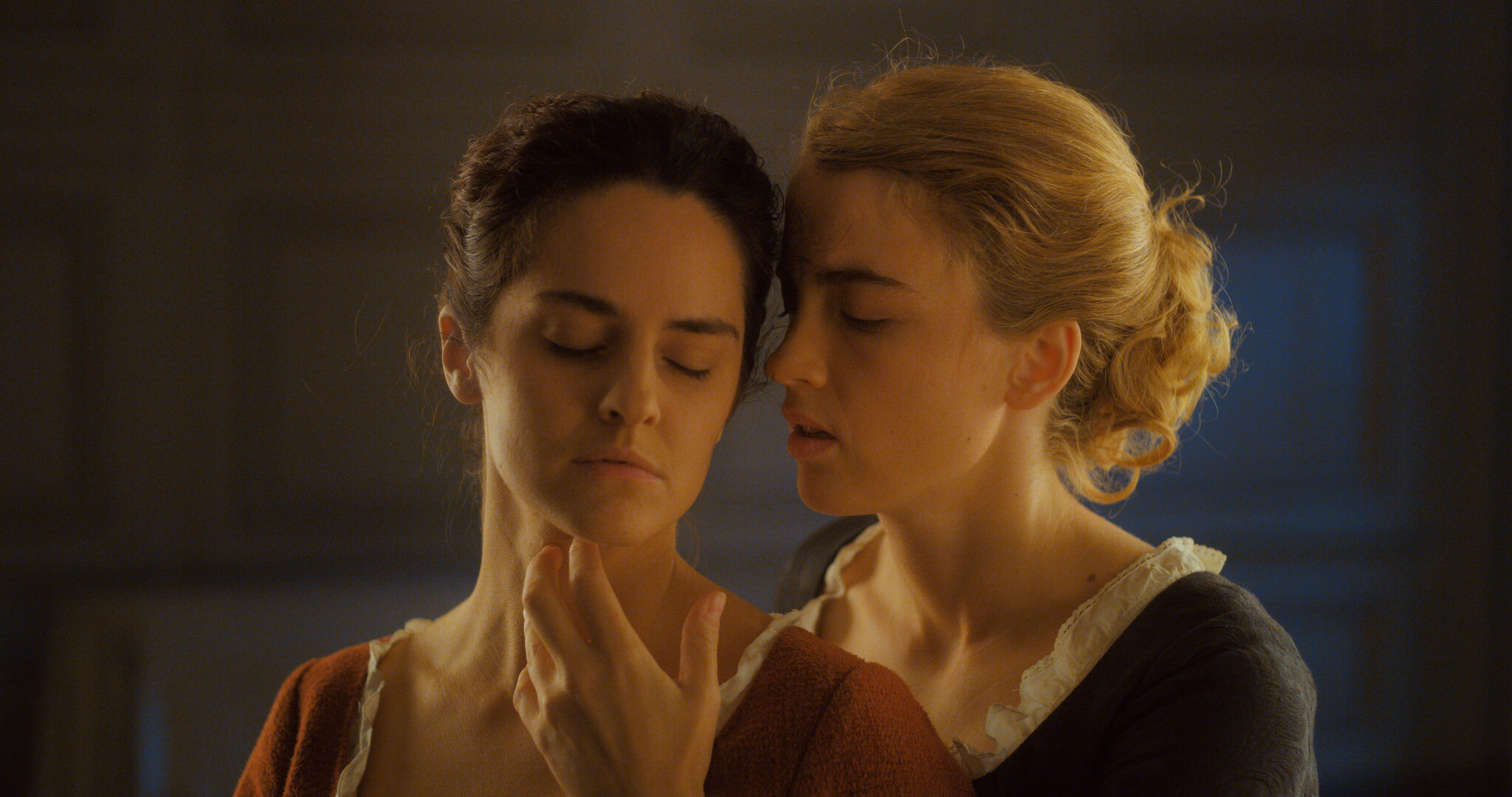 Céline Sciamma’s film is what you want from a love story; ravishing, beautiful, and quietly powerful.  Portrait of a Lady on Fire will swell in your heart and break it into a thousand beautiful pieces.

Few romances have the power to swell the inner emotions of the heart than Céline Sciamma’s masterful Portrait of a Lady on Fire.  Stars Noémie Merlant and Adèle Haenel create a bond sealed in emotion, art, agency, and choice that is so strong that by its swelling final moments that the heart soars as it breaks.

Set during the end of the 18th Century a Painter, Marianne (Merlant), is commissioned to paint a bride-to-be Héloïse (Haenel).  Marianne comes to an isolated island in Brittnay, only bringing her paints, brushes, and canvases.  Marianne is given strict instructions by Héloïse’s Mother (Valeria Golino) that she is not to know of the painting.  Marianne is challenged at every turn by the closed-off Héloïse who knows she is to be “sold off” into a loveless marriage.  Marianne is compelled to tell Héloïse the truth.  On equal footing, the two women begin a dance of emotions, discussions, friendship, and eventually more.  With only a precious few days Héloïse and Marianne begin a passionate affair away from the prying and judgment of a society that would never accept what they hold so dear.

Sciamma has created a romance that transcends the gothic romance conventions to something powerfully raw and emotional that at first glance does not appear as such.  The writer-director takes the conventions of the genre and slowly strips away the male imposed patriarchal self-suffering showing how desperate and few choices that a woman had in her life.  There is an urgency that is created through the languid pace of the piece. As we see the time-wasting away slowly as the time, they have is finite.

Seeing these two who are magnetically drawn to one another but the danger of the unknown keeping them away from one another makes up the unbearably yearnful but electric first half. Once Héloïse and Marianne do finally connection emotionally and physically, it is almost all too much to bear, we know there are only a precious few days this will last. Héloïse and Marianne make no illusions this is the case and spend every waking moment making these precious few days count.

The film never is crass in creating undue tension as to have some male figure unexpectedly show up.  Sciamma’s script understands that drama is inherent in their situation.  Héloïse suffers no fools that she is to be essentially sold off to a loveless marriage.  Marianne knows that she will be paid for the painting and go back to Paris to continue her career.  That knowledge creates this urgency to love and love as fully as one can in those moments.

Both Merlant and Haenel are perfect in their respective roles. The film is smart enough to allow these performers the space to create women who are as fully realized as any film has created female characters.  As the layers of societal conformity begin to be stripped away, we are witness to two fragile souls that only want to be happy that know they can never be.  Sciamma perfectly uses the visual motif of the violent waves of the shores of the island as the emotional turmoil in these women’s souls.

As the film ends one will not be prepared for the almost virtuoso and bravado emotionally crescendo that Sciamma has in store for the audience.  The final moments of the film are not only visually stunning but emotionally devastating.  We feel every moment as these characters do.  We only want them happy but know that they never will be.  Content, possibly.  Happy, in fleeting seconds.  Stirred in the ways they were during those special days together, never.

That is what makes Portrait of a Lady on Fire so special.  It makes you feel.  It makes you yearn.  That is a special effect that no huge budget could ever produce.  That is lighting in a bottle.  Céline Sciamma, her cast, and crew found that lighting and wrapped it in a very special bottle.  This is one not to be missed.

Portrait of a Lady on Fire is in theaters February 14th