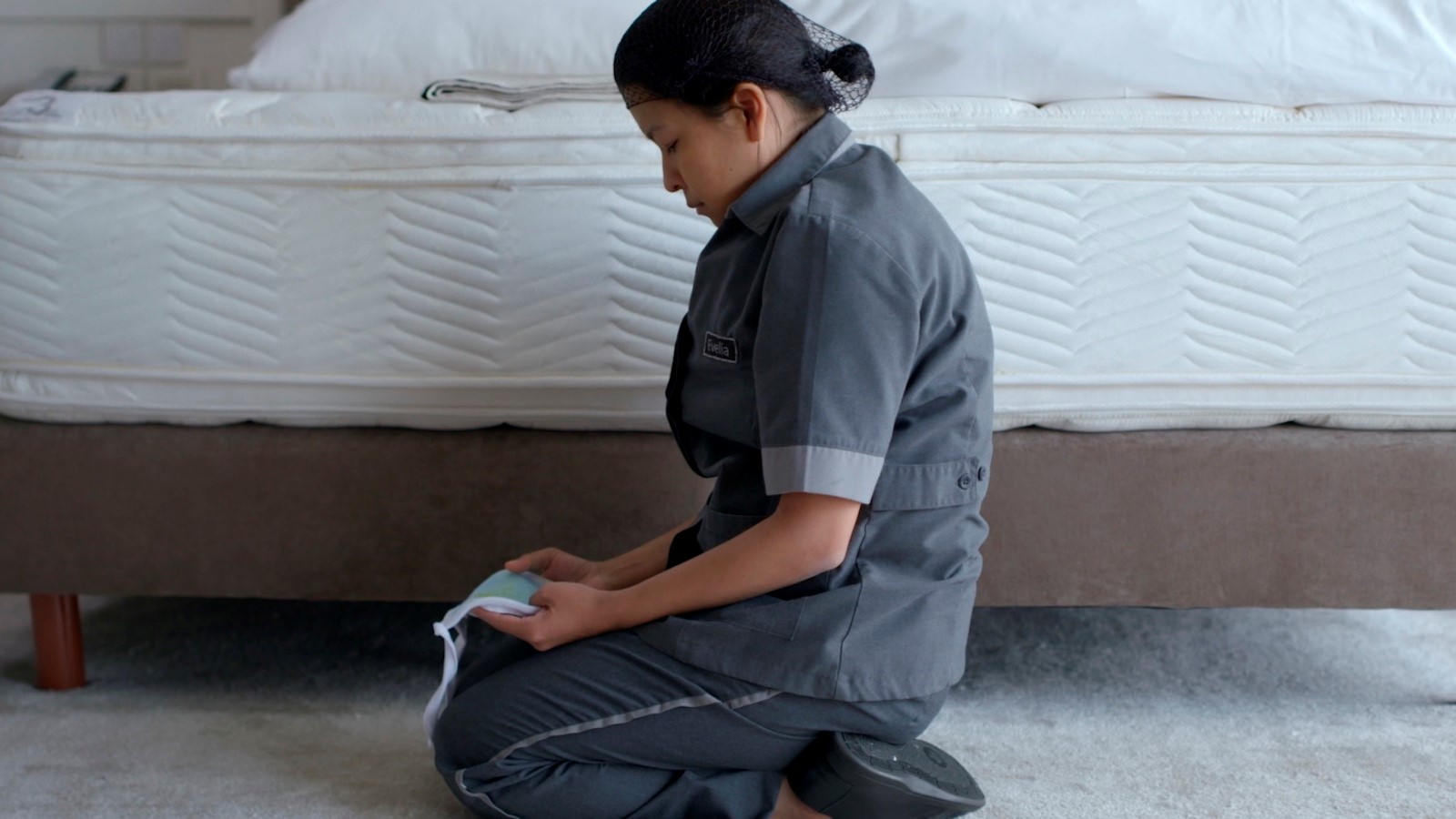 The feature debut of director Lila Avilés, The Chambermaid is a gentle observation of a woman at work, and the people who cross her path during the course of a shift.

Eve (Gabriela Cartol) is the chambermaid of the title, working on the 21st floor of a luxurious hotel in Mexico City while she pays a friend to look after her young son. She keeps herself to herself, is a diligent worker, and spends very little on food – presumably to be able to send more home to her son.

It’s the type of set up where the viewer might be expecting a series of horrible encounters or oppressive situations, but strangely there is very little in the way of dramatic clashes or tension. Instead Eve goes about her monotonous daily chores; changing linen, cleaning bathrooms, making beds. Occasionally the window cleaner looks on. Sometimes she makes time to attend an adult education class in the hotel to try to improve her prospects. Mostly she’s alone. Occasionally she lets someone in to her bubble, but there’s always the chance they will let her down.

Set entirely in the cocoon of the hotel, Avilés takes us with Eve on her daily routine by almost perching on her shoulder as she moves from room to room. The clean lines and serene atmosphere of the hotel are emphasised by Eve’s grey uniform, and punctuated just the once by a red dress and an outburst of emotion. Otherwise all is calm.

The Chambermaid is an unexpectedly engaging film, with a remarkable performance from Gabriela Cartol keeping the audience involved when activity is minimal. It would be easy to write this off as a story where nothing much happens, but in fact life is happening all around, all the time. Slices of human interaction from the various hotel residents, intersecting however briefly with our own via Eve. A story of everyday life which also made me reflect on the hard-working and often overlooked people who tidy up my hotel room when I’m gone.

The Chambermaid played at the 2020 Palm Springs International Film Festival, and is now available to stream on KinoNow.com