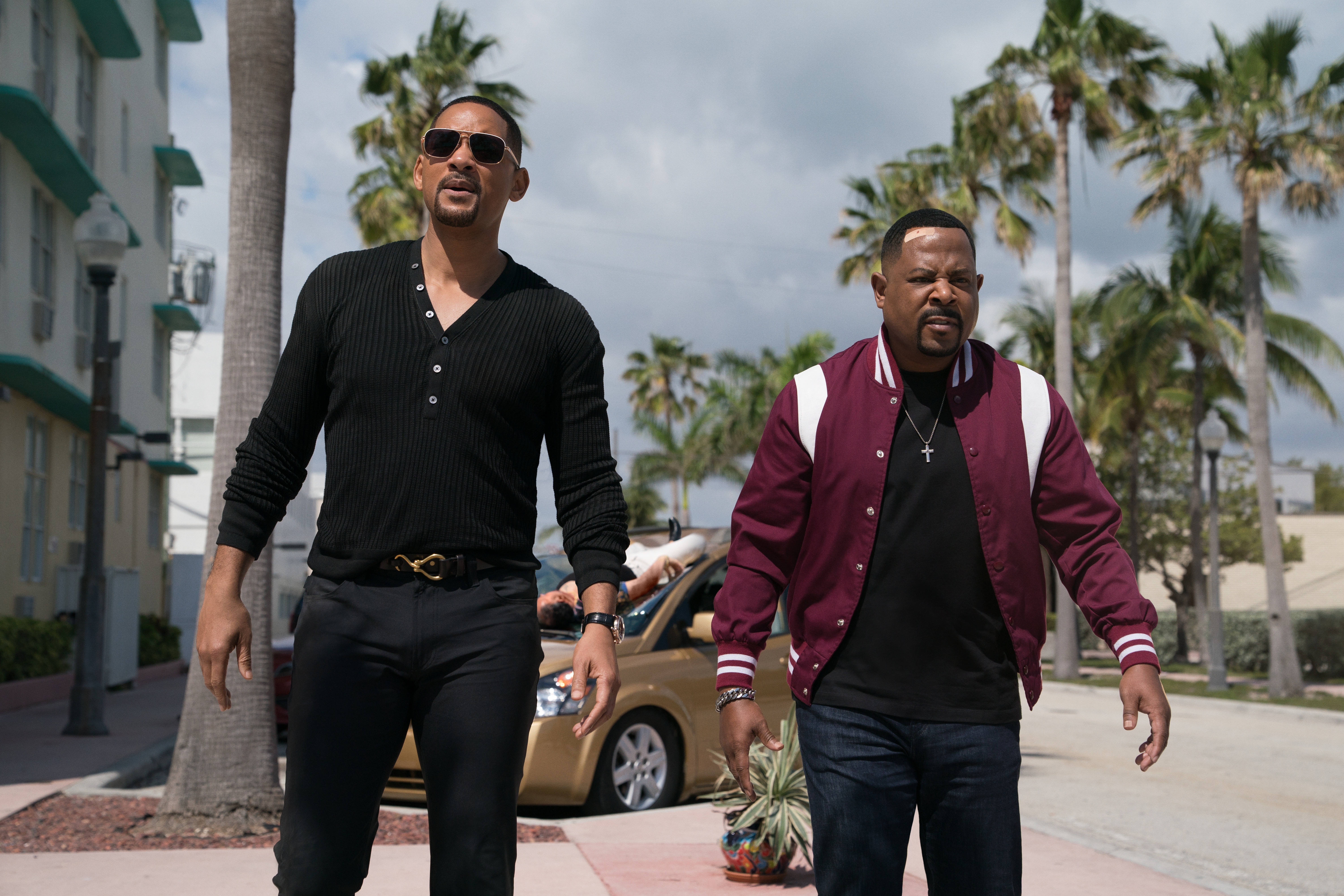 Almost two decades after Bad Boys II comes Bad Boys for Life. Do Will Smith and Martin Lawrence stand the test of time and this new era?

It’s been seventeen years since audiences last saw Miami police officers Mike Lowrey (Will Smith) and Marcus Burnett (Martin Lawrence). And in those seventeen years a lot has changed, most especially in how we look at what the Bad Boys franchise has been about. The series has lived and died on presenting cops as rebels with guns who solve any problem violently, and where women are little more than butts and bathing suits. Much of that was compliments of director Michael Bay, who gave up the reins to Bad Boys for Life to newcomers Adil El Arbi and Bilall Fallah. They are a breath of fresh air to a franchise that, even in 2003, had massive flaws in terms of presentation. The pair turn Bad Boys for Life into a feature that’s lost none of the franchise’s fire but reconstitutes it for a new generation.

Bad Boys for Life starts not unlike a Michael Bay film would, with Mike and Marcus blitzing through the streets of Miami in a beautiful Porsche. This opening car chase is just one of several action sequences cinematographer Robrecht Heyvaert shoots with a kinetic eye and sense of beauty in movement, whether that’s motorcycles screaming through the streets or a massive helicopter careening into view. The pair are on their way to welcome the arrival of Marcus’ grandson, which brings with the introduction of characters so memorable in Bad Boys II that to lose them would be a travesty. The script, credited to Chris Bremner, Peter Craig, and Joe Carnahan (the latter was originally tapped to direct and his fingerprints are felt all over the film’s 2-hour runtime) both honors Bay’s contributions but takes the right route of transitioning Mike and Marcus into a new phase of their career.

It would have been easy to place the two men as fading totems in a new landscape, where their work in T.N.T. has transformed into the young recruits that make up A.M.M.O. Bad Boys for Life could have coasted on Mike and Marcus being two old farts past their prime and, yes, there are plenty of dad jokes, particularly at the expense of Lawrence’s Marcus who has always been the crotchety old man, even before he was one. Here, he’s a guy who just wants to retire and needs to wear glasses. When Mexican drug cartel leader Isabel Aretas (Kate del Castillo) escapes from prison, she sics her son Armando (Jacob Scipio) onto Mike for reasons that become very clear about halfway through the movie.

Even though Michael Bay is honored, cameoing in one scene as a metaphorical passing of the baton, you can feel his loss. The slickness, the frenetic energy, and, yes, the scumminess is removed and that’s a double-edged sword. There’s an awareness that Mike and Marcus would have to be brought into a new decade and not just by lowering the volume on their tactics. Gone is the heavy use of the N-word, the emphasis on drugs and partying, and (most shockingly) the treatment of women as sex objects. At the same time, you will miss the grandiosity of seeing cars being flung into the air on the freeway. Sure, that same stuff happens here but it lacks a punch, a flair. Michael Bay becomes the ex-boyfriend you knew was terrible, but you miss the excitement and unpredictability of being with them.

That’s not to say El Arbi and Fallah are slacking. Bad Boys for Life removes Bay’s dusting of misogyny and coke-fueled mania in favor of telling a story Mike and Marcus would naturally be in. The two are at odds with retirement; Mike is against it while Marcus is for it. When events transpire that cause the two of them to look at their life differently, it takes them on a genuine journey of discovery. Not only is the audience looking at how the Bad Boys franchise can continue in this new world, but Mike and Marcus are looking at their life as well. Where Marcus has a family, Mike has no one. Lawrence and Smith haven’t lost an ounce of love for their characters and that enhances the power of their interactions throughout this installment. Where Marcus is in the “I’m way too old for this shit” phase of his life, Mike doesn’t want to believe the glory days are over, and the script reminds him that what was once fun is now in poor taste. Mike teams up with ex-girlfriend and the new lieutenant Rita (Paola Nunez) to hunt down the Aretas and he butts heads with her and her team of young upstarts. The script never sides with Mike, showing up the AMMO team as young, inexperienced millennials but says Mike is a poor listener; he always has been, but now it’s unacceptable.

Lawrence remains the source of levity as homebody Marcus and he’s still solid. It seems like Lawrence wanted to do less action because he spends a large portion of the film at home or otherwise just standing around. The new team is also just as great. Nunez is a strong foil for Mike Lowrey, and though the script plays them as former lovers there’s no added emphasis on a sexual relationship between them. Charles Melton, Vanessa Hudgens, and Alexander Ludwig have varying levels of characterization and the film certainly implies there might be more for them to do in later installments if this is successful.

Kate del Castillo is pretty pointless as Isabel Aretas. She honestly seems like the one holdover from Carnahan’s time as director (she would appear in a previous feature he worked on, El Chicano). The movie attempts to give her some supernatural component but that’s more so because she’s Mexican and a woman than anything else. Really, this movie’s treatment of Mexico is the most stereotypical and in line with Bay’s tenure as director. The Latino characters are all drug dealers in some capacity, with visits to Castillo in Mexico City that are predominantly her praying to Santa Muerte, the patron saint of most movie Mexican villains these days. It doesn’t help matters that the film’s big twist doesn’t exactly fall in line with the franchise’s timeline if you saw the first Bad Boys.

Bad Boys for Life is far better than anyone could have expected. I’d be interested in seeing El Abri and Fallah continue with the franchise from here. The ending certainly implies there’s more gas in the tank for these characters. Smith and Lawrenche remain so wonderful. I missed Mike and Marcus after 17 years and it was a happy day seeing them again.

Bad Boys for Life is out in theaters now