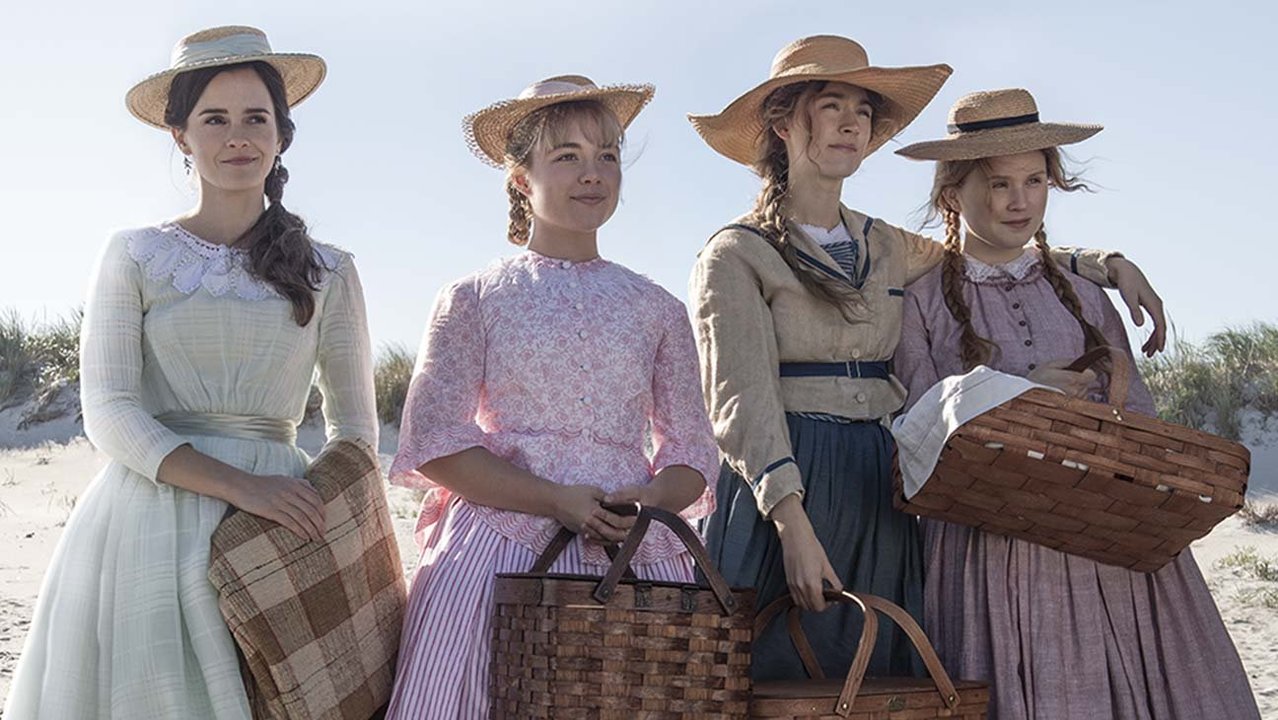 Greta Gerwig takes aim at updating a Classic Novel.  In doing so she’s managed to make the best adaptation of Little Women.  Put down your other versions and see this one.

Beginning with the opening Coda, writer/director Greta Gerwig makes it clear that not only does she not care what you think of her adaptation of the Louisa May Alcott novel but invites you to attempt to criticize her for her sometimes bold choices.  The meta-commentary that bookends this film stands as a notice to not just critics but audiences alike that sometimes we don’t know what we want until we’re served it.

The thought of another adaptation of a well-worn novel was a bit of a critique from many (many-many-many) when this project came about.  Within the first few minutes, Gerwig not only puts you at ease but gives you something that few filmmakers can; a modern connection to an era that many could never comprehend.  Gerwig has created a film nervy in its choice of eras and resolved and intelligent enough to know that as much as we would like to say times have changed in 150 years, they really haven’t.

In Gerwig’s hands, Little Women is not just about Jo (Saoirse Ronan) and her resolve to become a novelist.  Rather Gerwig has created a film that respects the whole ensemble that, yes, primarily deals with Jo’s quest to become a writer and independent, but never forgets the rest of the March sisters and family as a whole.  By giving time to the other three March sisters, the film becomes just as much about Family and other struggles Women face, then Jo’s wants and needs.  Gerwig’s adaptation brilliantly creates fully formed characters in Jo, Meg (Emma Watson), Amy (Florence Pugh), and Beth (Eliza Scanlen).  Rather than just making the sister’s third-string characters Grewig gives them each a more fully realized story and time devoted to them.

No longer does Amy’s journey feel perfunctory, and a bit of one-sided “sibling rivalry” that had marred all three previous adaptations.  Meg never feels like the long-suffering, settled mother that she was.  Most importantly Beth doesn’t feel like some sort of totem of being careful because your life could be gone one day.  All are fully realized women in their own right and not just steppingstones for Jo to pass by and learn something from.  They actively shape the narrative and have their own agency within the film.

That agency between the sisters is the fire that stokes the narrative.  Jo isn’t a saint or someone that is always right, rather Gerwig and Ronan have created a character with faults, more faults than in any other adaptation.  Jo at moments is as terrible as she is saintly in her quest for more than what men have told women their positions are.  Her rejection of Laurie (Timothée Chalamet) is both heartbreaking and relatable in a way that it has not been in other adaptations.  It’s a wickedly smart role created by Ronan and possibly the best realization of Jo March on screen.

The same could be said about all of the March sisters and Laurie.  Watson, Pugh, Scanlen all do strong work here.  Pugh is the standout, even above Ronan, as her Amy is as much her own creation as it is Gerwig’s.  In Pugh’s hands, Amy is the secondary heroine that is more relatable than Jo.  Her struggles and plot are given more grace and emotional inner life than previously allows.  The results find an audience rooting for Amy rather than against her.  The moments she shares with Chalamet’s Laurie are well earned and show chemistry that is beyond anything that Chalamet and Ronan have.

Gerwig’s adaptation understands the dynamics of sisterhood, family, and youth better than any of the other adaptations thus far.  That understanding has created a film that’s both refreshingly modern but classically literate in a way that most modern adaptations of Classic Novels usually retain.  It is all to say that Little Women is as great a Christmas present any film fan could hope for and the one film should not be missed this Holiday Season.