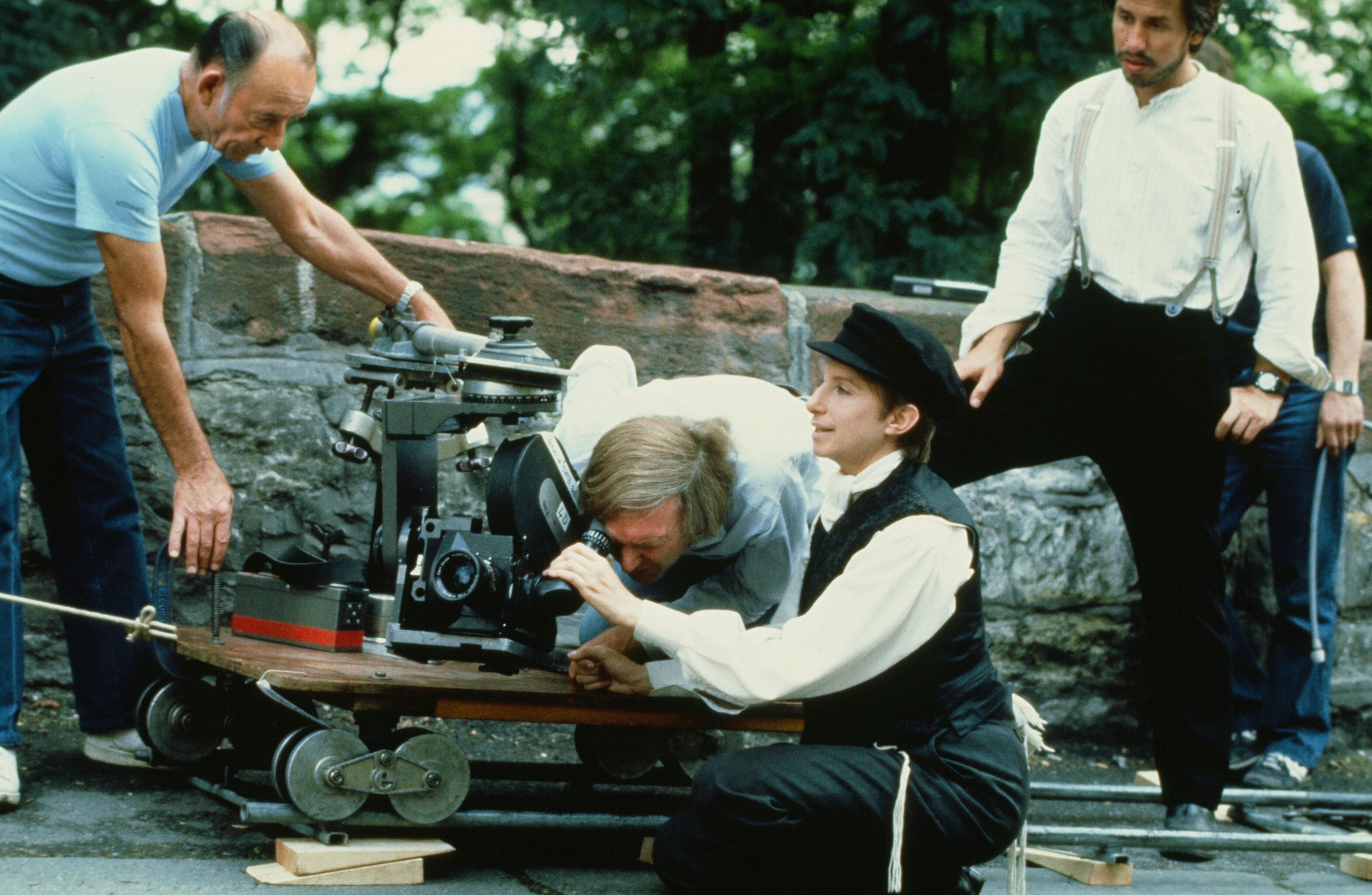 The Second Volume of Her Story comes to a conclusion with a look at a true legend of Stage and Screen; Barbara Streisand!!! Kristen for this final installment takes a deep dive into only film but its one of Babs’ most divisive films; Yentl.

I probably said it last year but I’m gonna do something different on this, the last installment of Her-Story: Volume 2. We’ve been looking at first and lasts in a director or actress’ oeuvre, but I wanted to firmly stick with a first in this final installment. I always knew I would focus on Barbra Streisand in some capacity this go-round. Barbra remains an actress and director who espouses all the good, the bad, and ugly of being a woman in Hollywood. As an actress she was cited as being unattractive and difficult, and when she became a director she was cited as brilliant but domineering. It’s remarkable that her feature, The Prince of Tides, could be considered a Best Picture contender (and a possible future Criterion title) and NOT see Streisand given a Best Directing nod.

We’re starting in 1983, a time of changes both for women and Hollywood. Second-wave feminism saw the rise of strong, confident women in features like Private Benjamin and Little Darlings (yes, I said it). We were also still a few years away from the backlash against women that would permeate the late-’80s, where films like Fatal Attraction and Baby Boom reminded us that a woman’s place was in the home, preferably forgiving her cheating husband. Barbra Streisand had been hoping to star in the feature Yentl since 1971, but by the ‘80s the project hadn’t moved and so the actress, who’d made her name playing game-changers in features like Funny Girl and The Owl and the Pussycat, decided to take the reins herself.

When I told people I was planning to watch Yentl for the first time I was met with surprise. “That movie’s terrible!” Despite Yentl retaining a 69% on Rotten Tomatoes there appears to be a backlash against the movie. The backlash was felt in 1983, when actress Amy Irving was nominated for an Academy Award for her role in this as well as a Razzie, but it seems to have permeated more in the ensuing decades. What is it about Yentl that turns people off today and where does it connect to Streisand being one of the first female directors in the modern filmmaking era?

Yentl tells the story of a young Jewish woman (Streisand) who wants to study the Torah. But, in the early-1900s, the rules of Judaism prohibit this, forcing Yentl to study in secret. When her beloved papa dies she leaves her hometown to go study, passing herself off as a boy named Anschel and falling in love with a fellow rabbinical student (played by Mandy Patinkin).

The appeal of Yentl is certainly limited now. Streisand tells a quiet, meditative tale about religion and double standards, yet couches them in incredibly formulaic Old Hollywood standards. Yentl is no different than Funny Girl or any bevy of 1940s dramas. A young woman, whom the audience knows is an ugly duckling just waiting to thrive, faces stakes beyond her control, gets mixed up in serious hijinks, there’s a forbidden love. More than anything, Streisand pulls from her own persona and back catalog of features. Streisand regularly played characters who knew they were at a disadvantage, predominantly because of their gender. In Funny Girl, Streisand’s Fanny knows she doesn’t look like a star, but she knows (and proves) she is. Yentl is the same conceit, albeit here Streisand isn’t strictly talking about how she, personally, is at a disadvantage, but how women in general often are.

Yentl wants to study but it is an arbitrary law, as they usually are in religion, which prohibits her. Instead of trying to blaze a trail as a woman, though, Yentl decides to conform. By becoming a boy she is trying to be what she needs to in order to get what she wants, but simultaneously creates a subversive text because of it. Much of Yentl, like all cross-dressing features, examines sexuality in this safe way. In this case, Yentl is drawn to Patinkin’s Avigdor and later marries Avigdor’s old flame, Hadass (Amy Irving). Outside of the queer relationship that develops between Yentl as Anschel and Avigdor – ironically, this seemd to be common in ‘80s films, see Victor/Victoria – there’s also the more fascinating relationship between Yentl as Anschel and Hadass. Hadass and Yentl are both virgins and yet where Yentl’s sexuality is tempered, the audience witnesses Hadass discover desire. There’s a highly complex negotiating of consent between the pair that seems obvious (Yentl doesn’t want Hadass to discover she’s a woman), but also, for ‘80s audiences, made them think about how interactions between heterosexual and same-sex couples were navigated.

What is most wondrous about Yentl, coming out as it does in 1983 pre-Backlash, and how it plays into Streisand’s creation of herself as both performer and director is in the ending. In Funny Girl, Streisand sings “oh my man I love him so” even though he’s wronged her. She reminds the audience that she’ll be “back on my knees someday” when he calls because, in the end, “whatever my man is, I am his forevermore.” Because Funny Girl came out during the studio era and Streisand was simply it’s lead she’s forced to conform to those norms. Her husband may be a cad, but Fanny will always belong to him and love him. In Yentl, Streisand refuses to go there. Despite her love for Avigdor, she realizes she’ll never change his misogynistic views towards women and religion. He can be the sweetest, most romantic man, but, in the end, he is a man. He’s been conditioned to believe that a woman is inferior and he’ll never change that. Yentl has zero illusions about life and masculinity so she refuses to play into it. She leaves the city and plans to make a new life in the New World on her own terms. (Though, really, she and Hadass should have just embraced lesbianism and gone off to America together!)

Yentl presented Streisand, the director, as a woman who understood women’s marginalization. She knew women didn’t necessarily want to see a fairy-tale ending, but one where they were equals and could receive respect, if not romance. It’s interesting to wonder if the backlash era, coming out just a few years later, is the reason Yentl isn’t more beloved. It’s worth mentioning that the Best Picture Winner the year Yentl was released was James L. Brooks’ Terms of Endearment, a movie with a predominantly female cast, though written and directed by men, that does put women in an old-school melodrama with sadness at every corner.