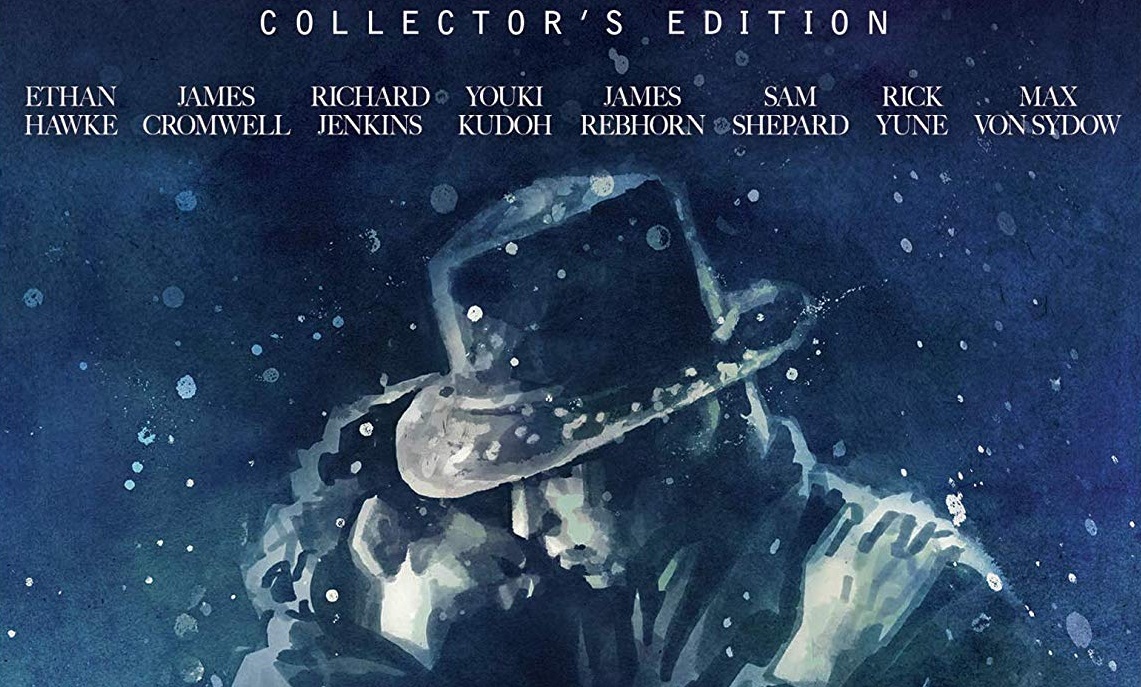 From time to time, a truly great film falls through the cracks.  1999 was a year for films.  The Insider, Boys Don’t Cry, Magnolia, Fight Club, Election, The Virgin Suicides, Being John Malkovich were a few of the outright classics that were released that fateful year two decades ago.  It’s no wonder that a meditation on the Japanese Internment and Post-War Racism did not spark the cinema world ablaze.  Snow Falling on Cedars is as vital and as powerful a film as any of the Class of ’99 were and twenty years later if not more so.

The quiet fictional town of San Piedro in 1950 is astir as war vet and now fisherman Kabuo Miyamoto (Rick Yune) is charged with the murder of another fisherman Carl Heine (Eric Thal).  At the center of the trail is not just the Murder but the Racism and Anti-Japanese sentiments still thriving in this town post-WWII. Miyamoto and his wife Hatsue (Youki Kudoh) were intermed at Manzanar (the Japanese Concentration Camps) along with the rest of the Japanese Citizen of San Piedro.  Facing a racist Prosecutor (James Rebhorn is a role he was born to play), an apathetic and spineless Sheriff (Richard Jenkins), and a town of angry white families the odds are stacked again Kabuo and Nels.  Complicating matters is the Editor of the Newspaper (Ethan Hawke) still in love with Hatsue after a secret childhood romance ended badly may have the proof needed to free Miyamoto.  The only bright spot appears to be Miyamoto’s lawyer Nels Gudmundsson (Max von Sydow), a bastion of good and righteousness.

Director Scott Hicks mounts an impressive and beautiful adaptation of the award-winning novel by David Guterson.  The film is designed to be a melding of both classic and modern storytelling.  The courtroom drama, the journalist solving a mystery, the unrequited love story is all well-worn Classic Film subgenres.  It’s how Hicks, cinematographer Robert Richardson, and editor Hank Corwin have put the film together and tell the story visually that separates this film.  The film is almost experimental in the way that it’s edited with non-linear editing of flashbacks that feel like the best of Nic Roeg.  Visually, this may be one of Richardson’s most impressionistic and chiaroscuro-esque work to date.

The film’s credit may indicate Ethan Hawke is the defacto lead but it’s the wealth of amazing actors in supporting roles that shine brightly.  Not to take away from Hawke’s performance as Ishmael the morally conflicted Editor of the Newspaper.  His work is beautifully internalized in a way that allows the filmmakers to create an internal life via editing.

The primary praise should go to the murder’s row of amazing actors that make up the courtroom drama.  Specifically, Max von Sydow, James Cromwell, James Rebhorn, Richard Jenkins, and Rick Yune all do amazing work here.  These men create a dance of understated performance that only cinema can bring you.  Much of the work is done through glances and reactions.  Yune, especially as the man on trial, the actor, creates a performance that is both a part of the whole but more importantly depicts a Japanese man in the 1950s.  Much of the struggles that Kabuo faces are to be done in with a silent stone face, Yune excels at this always showing through that visage the struggle the man is going through.

Von Sydow is the clear winner as Nels.  His character is the heart and soul of the film, aching for justice and for his theory on the good in people to be right.  Nels’ closing statement in the hands of von Sydow is nothing short of beautiful.  In any other actor’s hands, it may have fallen flat, but in von Sydow’s it’s a thing of frail beauty that only someone as worn gracefully by age could have acted.

One wishes that more was focused on the Japanese and their struggles both pre-WWII and post-WWII as in the novel which gave such great detail on their struggles and history.  What we do get is fascinating, respectful and artfully composed adaptation.  One wishes that Hicks and screenwriter Ronald Bass had more leverage to create a larger narrative with the Japanese playing a larger part then their Anglo-counterparts.  What we are left with is beautifully composed, powerful, heady filmmaking.

Snow Falling on Cedars is artful socially conscious studio filmmaking at its apex in the late ’90s.  It is a shame that studios rarely, if ever, venture into this type of filmmaking.

The new 4K Transfer and Restoration Supervised By Cinematographer Robert Richardson is nothing short of miraculous.  Richardson has stated in the special features the original DVD was not approved by either himself or Hicks.  Having seen the original DVD, the Blu-Ray in every way shape and form is an entirely better experience.  The biggest uptick in quality is that to the Contrast Levels.  Having seen the film theatrically and luckily enough to see a Bleach By-Pass print, this Blu-Ray is more keen on that experience.  There are moments in this transfer, like fly-over the lake as they find Carl’s fishing boat is absolutely mesmerizing.  The image of the black water reflecting the sky is captured beautifully in this new transfer.  This may be the best if not one of the best transfers in recent memory.  Be warned the contrast levels will push your Set to the limit; it’s that good of a transfer.

The audio commentary by Scott Hicks is from the initial DVD release. The director delivers an informative track as he has on other discs like Shine and Hearts in Atlantis.

Accident Rules is an all-new 52-minute making-of featurette featuring Director Scott Hicks, novelist David Guterson, Cinematographer Robert Richardson, and Composer James Newton Howard. Broken into 4 chapters; the adaptation, the production, the cast, and post-production. This is a great detailed look at the film. Especially, the post-production section is quite effective and detailed giving you a real look at how the film was constructed. If anyone has seen the film will know how elliptically edited and put together, how important the post-production.

A Fresh Snow is an all-new 10-minute breakdown from Robert Richardson on the color timing of the film. This is an amazing feature. Richardson takes us through step by step on how little he has to work with (there was no actual 35mm to be found, only a Hi-Res BETA dupe which they used as reference). He absolutely trashes the DVD which was not approved by him or Hicks. This is a mini-master course by Richardson who’s dry wit and annoyances that he’s explaining this (which is pretty hilarious). But he also gives us a peek into how vital this process is. Also additionally gives us a little breakdown of how he tunes his TV … LISTEN. TO. THE. MAN. Bonus points to Richardson who’s sporting a Storm Trooper Hoodie (imagine Richardson shooting a Wars Film?).

Spotlight on Location is a vintage 21-minute EPK style making-of featurette that was released originally on the Blu-Ray. Featuring comments by Hicks, Ethan Hawks, Kathleen Kennedy, Frank Marshall, Dave Guterson, Ron Bass, Rick Yune, James Cromwell, and Max Von Sydow. The best comments and the top reason to watch this featurette is to hear Von Sydow talk about the movie and his role. It’s a fairly in-depth making-of.

There are 22-minutes of Deleted scenes and Alternate edits of specific scenes. The work is definitely fascinating. One does wonder watching this and during the commentary that Hicks does discuss having over half-million feet of film to work with, if there are multiple cuts or a longer one. One of the very best they honestly should have stayed in was a 3.5-minute scene where the Nels and Kazuo play chess. All of it could have been actually added in. There’s a longer alt take of Nels summation. More von Sydow is always a good thing.

Rounding out the special features is the 2.5-minute theatrical trailer.