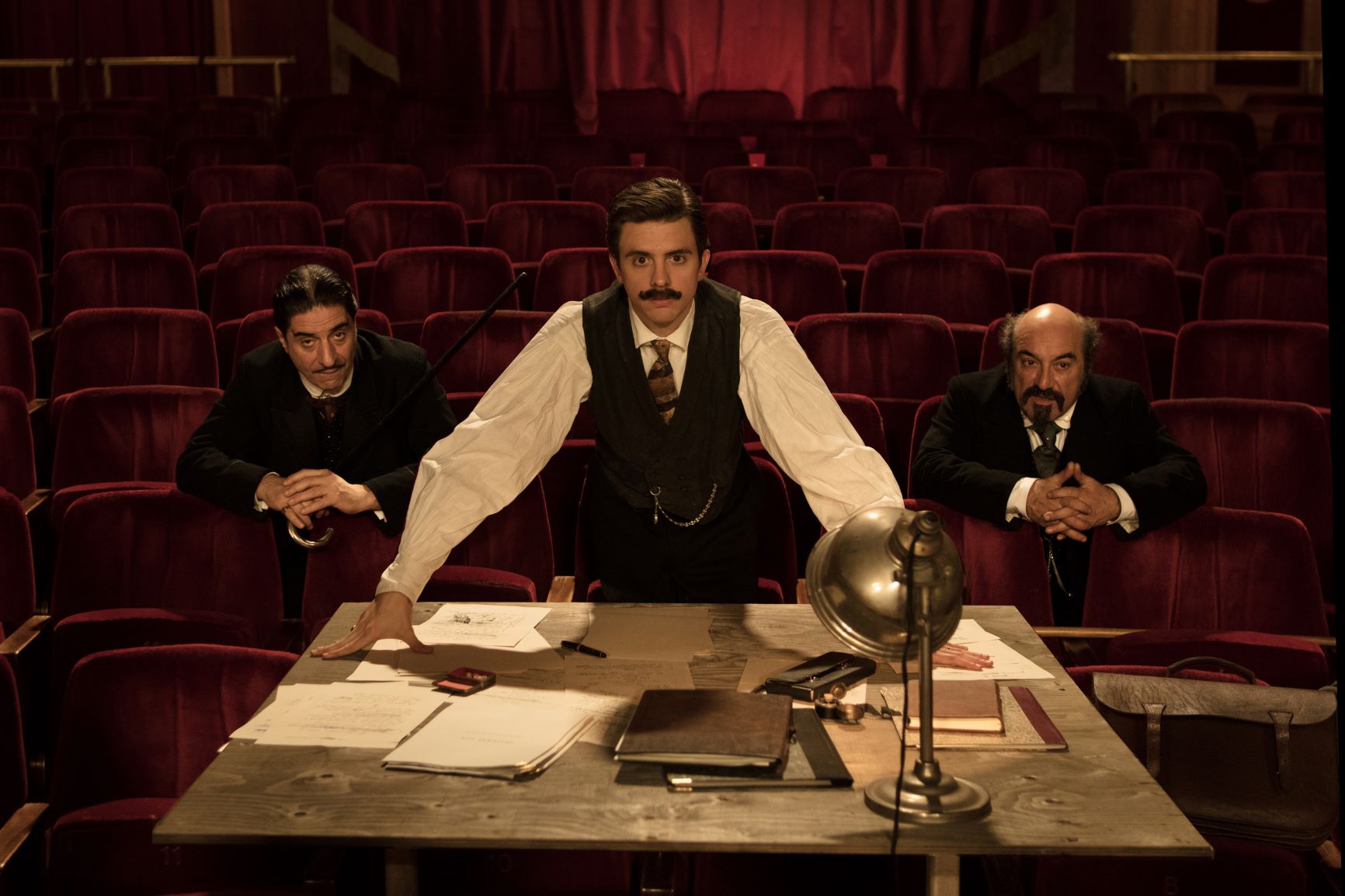 A fast-moving, quick-witted, light-touch tale of the creation of one of the masterpieces of French literature, which is a delicious delight to consume.

The stage play Cyrano de Bergerac by Edmond Rostand is a French classic. It tells the story of a man who believes that no woman will ever love him because of his abnormally large nose, but who helps his friend woo the woman they both love by secretly writing poetry on his behalf. And yes, it’s also the plot on which Steve Martin’s Roxanne (1987) is based.

Cyrano, My Love is a light-hearted, romantic telling of the story of how one of the greatest plays written in the French language came to be created by Edmond Rostand (played by Thomas Solivérès) in Paris in 1897. An educated guess would say that the truth of real events has been stretched somewhat, but the result is a soufflé of a story which is light on its feet as it whips through 19th century Parisian theatre. Think a French take on Shakespeare In Love for context, with a hint of Amélie in tone.

This version of Rostand sees his creative spirits energised by the woman who is the object of his friend’s desires. By secretly writing to her pretending to be his friend Léo (Tom Leeb), he is able to fashion the glorious verse for his stage play, thereby inspiring events in the play itself and generating a roaring theatrical success.

While Solivérès is compact as Rostand, the larger than life Constant Coquelin/Cyrano character embodied by Olivier Gourmet steals most of the scenes he’s in whether as the blustering ageing actor or the full-of-panache soldier-poet he’s playing on stage.

What may pass non-native French speakers by is the sparkling brilliance of the language itself. When the focus moves to the stage rehearsals and production rather than the backstage shenanigans, the subtitlers have done their best to render the verse into something approaching a match for Rostand’s original poetry. It inevitably falls short of the original – but then, Shakespeare sounds different in French I guess.

Scratching too much below the surface does raise questions about Rostand’s behaviour towards his wife along with a couple of other plot contrivances, but Cyrano, My Love doesn’t set itself up to demand too close an inspection, and so it’s best left at that.

Actor-turned first time feature director Alexis Michalik spent many years gestating this project to the screen, and finally succeeded. The result is a fast-moving, quick-witted, light-touch tale of the creation of one of the masterpieces of French literature, which is a delicious delight to consume.

Cyrano, My Love opens in US theatres on October 18th.