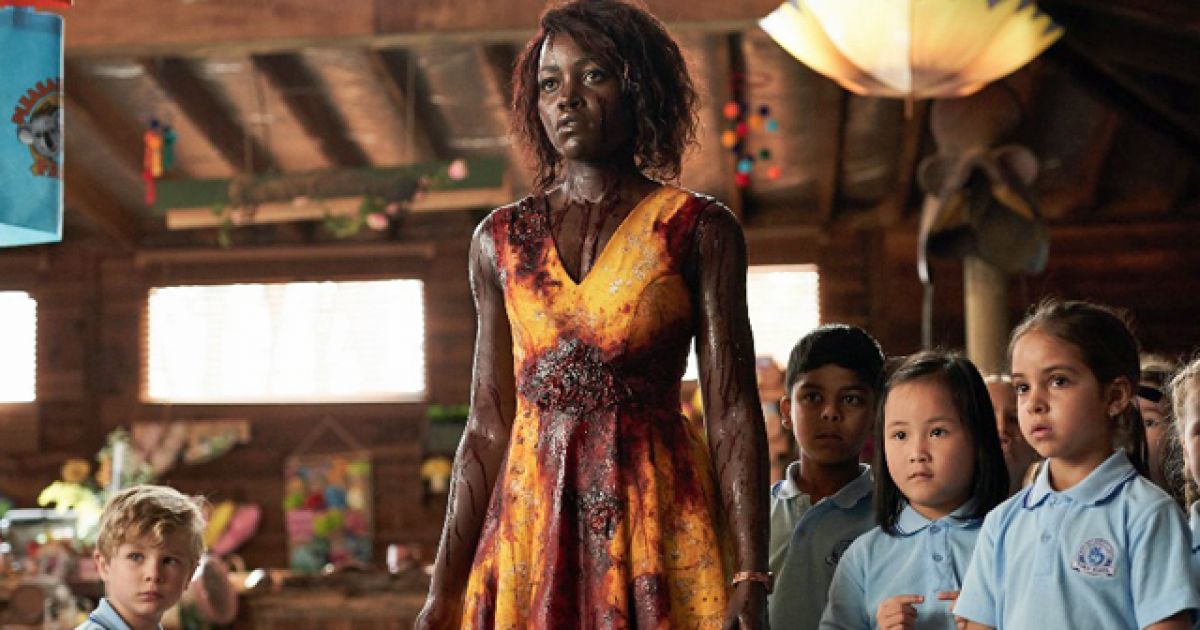 Lupita Nyong’o shines bright in this crowd-pleasing entry into the Zombie Horror Comedy.

Sometimes all it takes is a few tweaks to take a tired subgenre and make it sparkle.  This is the case with the Zombie Comedy Little Monsters.  Star Lupita Nyong’o, a sharp script and a rabidly funny turn by Josh Gad turn this one into a crowd-pleasing winner.

Dave (Alexander England) is a shiftless, useless, slacker of a musician that has been dumped by his long-suffering girlfriend (Kat Stewart). Forced to live with his sister and her son Felix (Diesel La Torraca), and help his sister with her son.  Dave finds more than he expected when on a field trip to a petting zoo (right near a US Military site, because you know… that happens in Australia) a Zombie outbreak occurs.  Juggling Dave, a cranked out Children’s Television Character Teddy McGiggle (Gad), and a dozen kindergarteners are Miss Caroline (Nyong’o) bright, shiny, and leading them through the zombie apocalypse as long as they just listen to her.

The joy of Little Monsters is how sweet and profane the film is in equal measure.  That delivery of sweet and profane is always delivered in a surprisingly funny and unique way.  Little Monsters finds a way to please both those looking for a Charming Rom-Com and a Zombie Gorefest. The film manages to balance these two very different subgenres without ever invoking other Zombie Comedies of the past.

Nyong’o’s deft comedic timing and charm allow her to make everything she does look easy.  Miss Caroline is positively glowing and charming.  Oftentimes people are said to be charming but it never shows.  Films solve this by having characters regurgitating the observation that someone is charming, like some kind of hero-worship script line.  Little Monsters is a showcase for Nyong’o and her specific charms as Miss Caroline without the need to constantly point out she is.  That is because Nyong’o is as charming a performer that is currently working.  Miss Caroline in the actress’s hands is a school teacher who always seems to have things under control even when someone is in the midst of a Stage-5 Red-Alert meltdown.  It’s magnificent work that proves that should the star want it, she will have a long career in Comedy.

Josh Gad’s turn as the awful Teddy McGiggle is one of the delights of 2019.  Everything that made Gad so likable in Frozen is gone here.  The actor is playing on another level.  Terry McGiggle is the kind of disgusting character of ill-rebuke that many say they want to play but don’t play them to their full extent.  Gad does.  Oh, boy does he go far.  Part of the delight and the hilarity comes from Gad shattering his Disney image so gleefully. We have seen this troupe before, bad-behaving Child Icon (see Bad Santa) but Gad brings a wonderful “sad-sack in a hell of his own making” performance that raises it beyond the clichés to something more.

Writer-Director Abe Forsythe has created a sneaky Romantic Comedy of sorts; the romance is built around so much of the tropes of the Zombie and Apocalypse films that one never realizes until at its end as a certain Pop Star’s song begins to play.  Little Monsters is a delightful surprise waiting to be discovered.