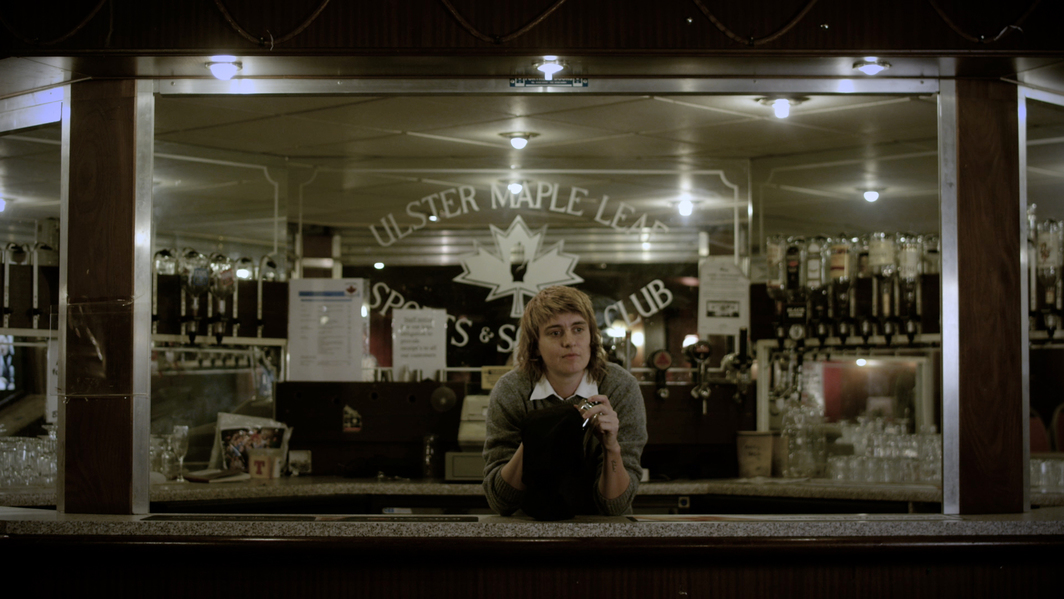 A visual artist, her estranged father and a period of civil unrest cross paths in this unusual documentary exploring a deeply personal aspect of Northern Ireland in the 1970s.

2019 has seen several programmes, documentaries and dramas around the subject of ‘The Troubles’, a gentle word for an extremely violent period of civil unrest in Northern Ireland, as it reaches 50 years since British ‘peacekeeping’ soldiers were sent in.

The father of artist/director Mariah Garnett, was part of a BBC documentary on Cathlic/Protestant marriages in the 1970s, but ended up leaving the island shortly afterwards and has never returned. Garnett decided to make a film to explore what happened to him to cause him to leave his native land and settle in Vienna.

Garnett starts by using sections of the original documentary and recorded conversations with her father in his Austrian apartment. But when it becomes obvious that he will not accompany her to Belfast for the next part of her journey, she shapes things differently, lip-synching to the recording and speaking his words herself (in the same way Clio Barnard filmed monologues for The Arbor). At the start of the film, Garnett’s thoughts and explanatory information are communicated via text on the screen, rather than a more expected voice-over. It puzzled me for a while, but once she begins to speak her father’s words, it makes perfect sense to keep the sound of her own voice away from the narrative.

At 82 minutes, Trouble is not a lengthy documentary, and for the first half I had the feeling that it would have served just as well as an interesting documentary tucked away on BBC Four on a Thursday evening. But once Garnett begins to understand her father by speaking for him, it feels a lot more important and personal than that.

Of interest to those who do and do not have knowledge of the historical period in question for its unusual approach to documentary making.

Trouble is showing as part of the London Film Festival 2019