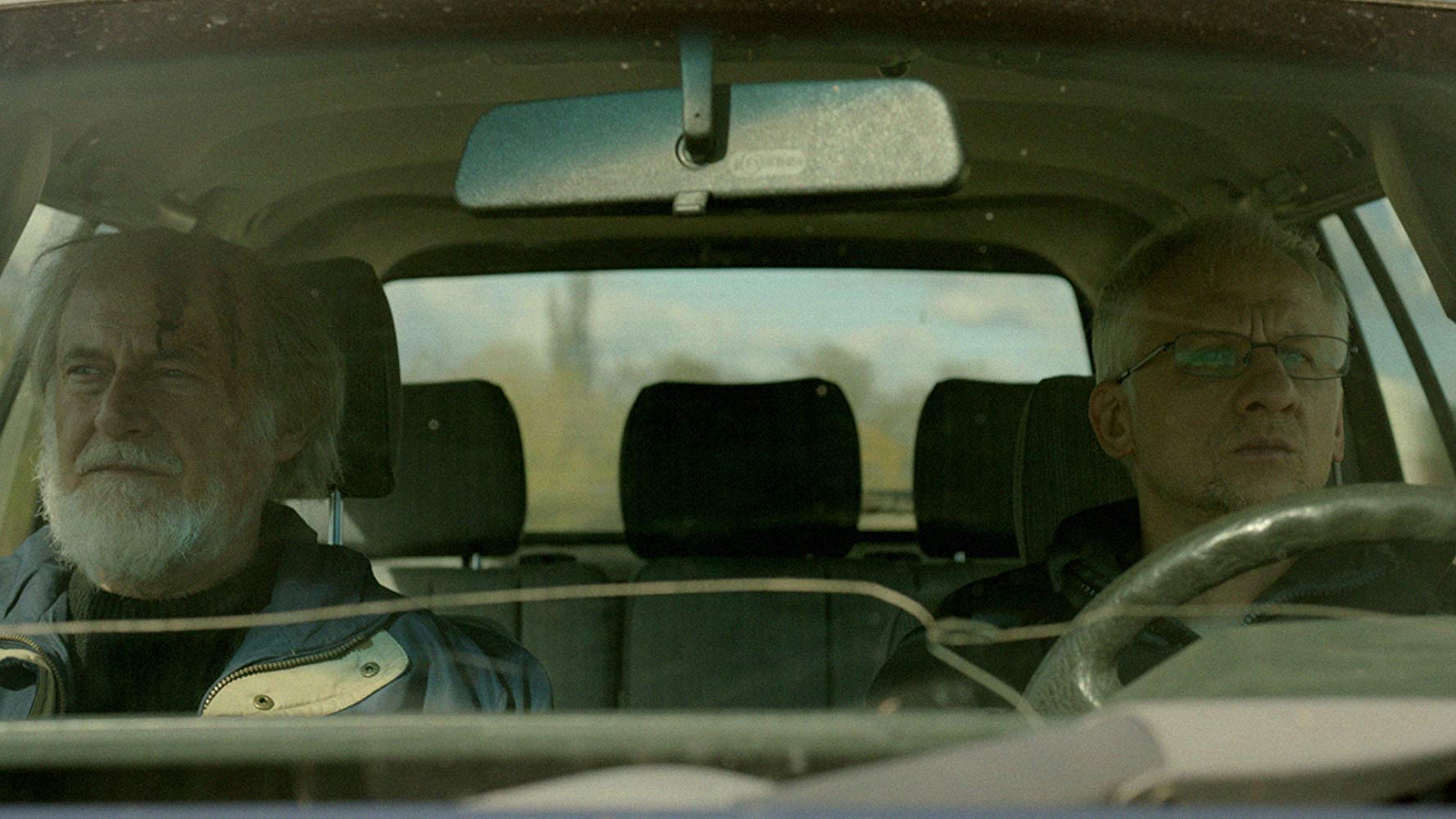 Generations clash in this gentle, touching and sometimes absurd story of grief and family.

BFI has put The Father into the ‘Laugh’ category of the London Film Festival. And while it’s true that there are occasional funny (in an absurd way) moments, The Father is not a belly-laugh type of film.

The Bulgaria/Greece/Italy co-production is actually a gentle look at grief, families and superstition, and how they affect different generations in a family – generations that are divided by more than just age.

Vasil (Ivan Savov) is mourning his wife, but keeps getting phone messages from her. He leaves his rural home to visit a psychic to try to make contact with her in the afterlife. His son Pavel (Ivan Barnev), a photographer visiting from the city for his mother’s funeral, tries to make his father see the folly of his ways, while dealing with his own private anguish at the same time.

The father of the title has multiple meanings and can be taken in several different ways – and anyone who has or has had ageing parents will understand that feeling of sometimes end up being the parent yourself in such a relationship. Pavel and his father arguing over mundane issues on a car journey is an easily recognisable event.

The two go on a literal and metaphorical journey together, and eventually find themselves coming to terms with things that they are unable to say to one another. I don’t think I’ve ever seen a quince before, but it takes on an unexpected significance and I can say I now know what one looks like.

In the end, the explanation for the ‘what is happening’ doesn’t really matter; the shifting phases of the relationship between father and son are what make this such a delight to watch. Both Savov and particularly Barnev’s performances are pitch perfect – it’s easy to believe that they have known each other all their lives, and both hate and love each other at the same time.

Touching and truthful, The Father is a delight to watch.